The Russian president sent messages to a series of world leaders, including the Queen and Prime Minister Theresa May.

A Kremlin statement said he “wished them and their family members good health, happiness and every success, and the British people well-being and prosperity”.

Mr Putin’s wishes come at the end of a year when the UK’s relations with Russia have soured dramatically.

Moscow has been blamed for the use of novichok – a chemical weapon – in Salisbury, Wiltshire, in the attempted murder of former spy Sergei Skripal and his daughter Yulia.

Mother-of-three Dawn Sturgess later died after being exposed to the same nerve agent.

Russia has also been condemned by UK ministers for turning a blind eye to the use of chemical weapons by the Syrian regime, which Moscow is supporting in the country’s brutal civil war.

Last month, Mr Putin was again the subject of international anger following the seizure of Ukrainian navy boats off Crimea. 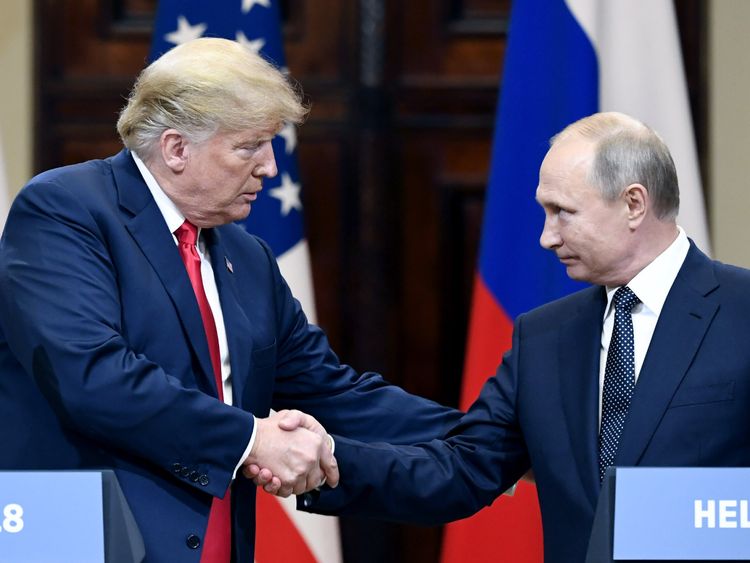 That incident prompted US President Donald Trump to cancel a planned meeting with his Russian counterpart at a recent G20 summit in Argentina.

However, in his New Year message to Mr Trump, the Kremlin said Mr Putin “stressed that Russia-US relations are the most important factor behind ensuring strategic stability and international security”.

He also “reaffirmed that Russia is open to dialogue with the United States on the most extensive agenda”.

Mr Trump and Mr Putin also failed to hold an official meeting in Paris during centenary commemorations for the end of the First World War.

It means their one and only summit remains their talks in Helsinki in July.

Mr Putin’s greetings to world leaders came just days after the Russian president announced his country would deploy an intercontinental system of hypersonic nuclear-capable missiles in 2019.

“Russia has obtained a new type of strategic weapon.”

The Avangard missile system is claimed by Russia to be able to hit almost any point in the world and evade a US-built missile shield.