A former Voice of Ireland star has been left terrified after a gang fired shots at her home on New Year’s Day and threatened to attack her while she was on stage.

Shots were fired at the Belfast home of singer Georgina Richmond, who has reportedly claimed she is being targeted by members of a gang.

The 32-year-old, who had previously reached the final stages of the popular Irish show in 2016, has also said her parents’ home was riddled with bullets in a separate attack over Christmas.

Miss Richmond, who now works as a Patsy Cline impersonator, claims that the terrifying incidents have been taking place since September, with the last incident having occurred on December 31, 2018, when shots were fired through the window of her flat. 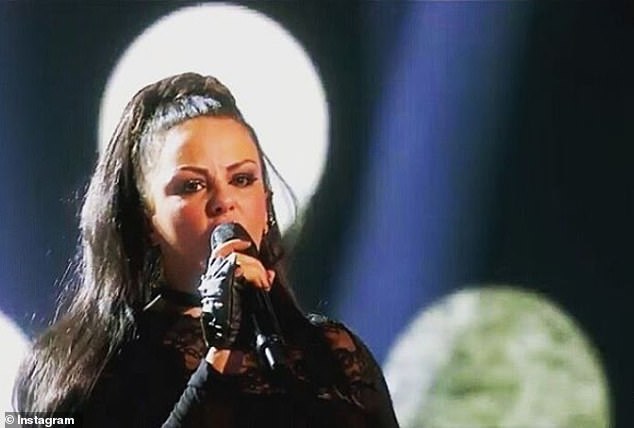 Speaking to Irishnews.com, the mother-of-one, who has a ten-year-old daughter said that she didn’t know what to do to make the attacks stop. 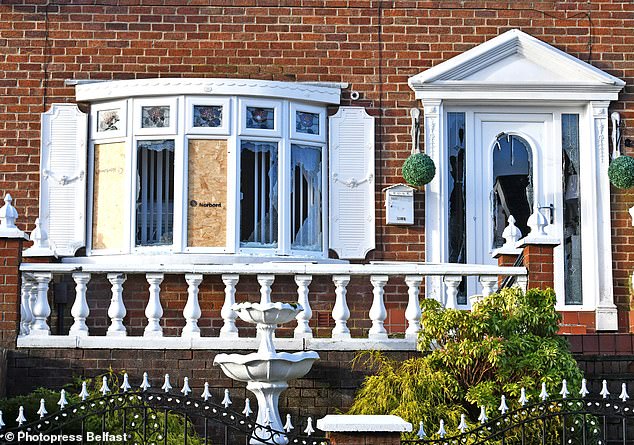 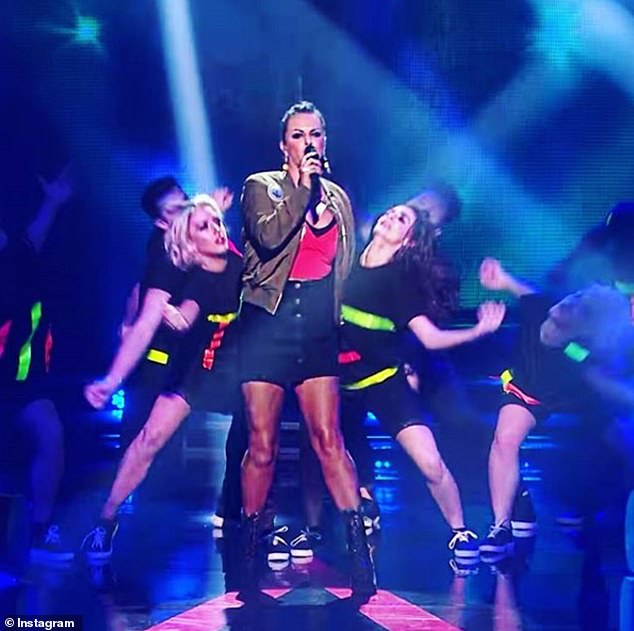 Georgina Richmond (centre) was a contestant on the show in 2016

The attack came days after a man in a Santa suit is said to have fired 12 shots at the home of her parents, George and Geraldine Richmond, on December 20, following a similar shooting attack on September 17.

The incident forced the couple to flee their home and spend Christmas with relatives.

On New Year’s Eve attackers, thought to be dissident republicans, smashed the windows and doors of the family home with a sledgehammer, causing thousands of pounds-worth of damage. 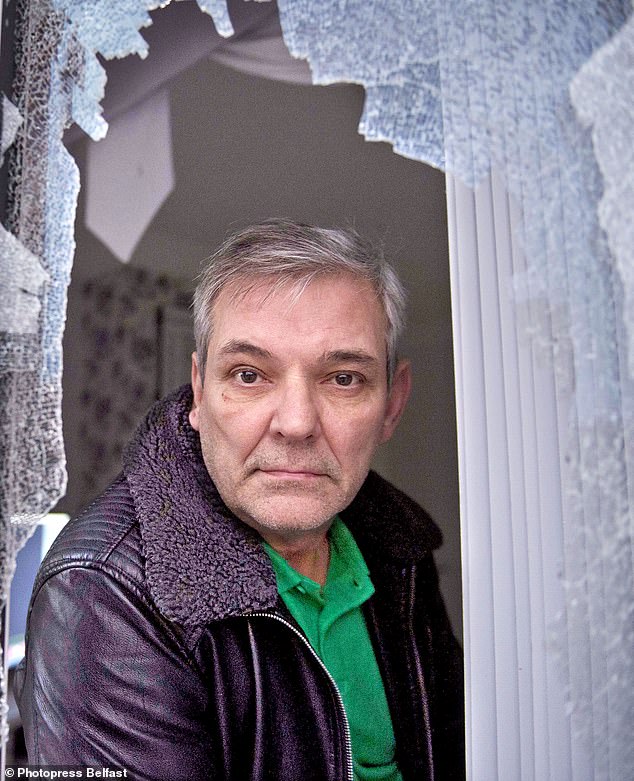 The attacks allegedly started after Mr Richmond’s son was involved in a scrap with a gang that included republicans.

Graffiti declaring ‘Kill all Richmonds’ was later dubbed on a nearby wall.

George Richmond said: ‘It was bad enough that they were targetting my house but to attack my daughter’s house as well, they’re going to kill someone if this isn’t stopped.’

Speaking to the Belfast Telegraph, Mr Richmond said he believed that ‘dissident Republicans’ were behind the attack on his family.

‘We don’t know why we are being targeted repeatedly but I would urge those responsible to explain their actions.’ 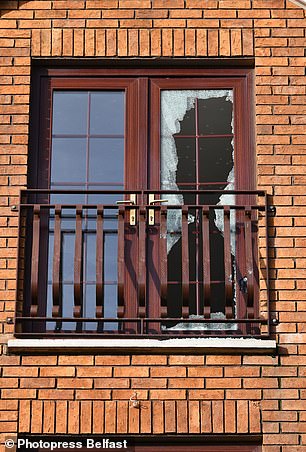 The right window (pictured above) can be seen to have been smashed through, police believe it may be linked to an attack on Dermott Hill Parade

In a statement to the MailOnline, Detective Sergeant Moffett of the Police Service of Northern Ireland (PSNI) said: ‘Detectives are appealing for information following a report of a shooting incident at residential premises at the Upper Springfield Road area of west Belfast in the early hours of this morning (Tuesday 1st January).

‘We are also investigating a possible link to this incident and a report of criminal damage at a house in the Dermott Hill Parade area.

‘Police received a report at around 2:45am January 1, that the windows of a house in the area were smashed at around 8pm, Monday 31st December.

‘Enquiries are continuing and we would appeal to anyone who saw anything suspicious at both areas to contact detectives on 101, quoting reference number 231 of 1/1/19. Alternatively, information can also be provided to the independent charity Crimestoppers on 0800 555 111 which is 100% anonymous and gives people the power to speak up and stop crime.’