Wally the wandering walrus is back and enjoying the warmer weather! Arctic animal ‘who came from Greenland on an ice floe’ delights tourists in west Wales

Wally the wandering walrus was spotted basking in the sunny weather over the weekend as he continues to delight tourists in Wales.

The animal, who first arrived in British waters in March from his Greenland home, entertained visitors by playing in the sun in Tenby, Pembrokeshire.

Wally was even spotted balancing a starfish on his nose as he rolled around in the waves.

Amy Compton, a volunteer for the Welsh Marine Life Rescue, said: ‘It’s an incredible experience to monitor such a beautiful & amazing creature, it’s such a character! 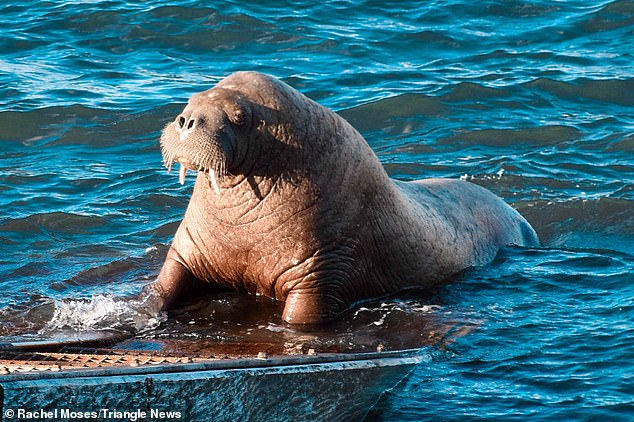 Wally the walrus entertained crowds by playing in the water, even balancing a starfish on his nose

‘I couldn’t believe it when it popped up with a starfish on its face, it was so funny and something you just didn’t expect to see!

But she also issued a warning to people keen to see the walrus in person.

‘We’re urging people to listen to our advice that it is a wild animal and to admire it from afar, don’t disturb it and keep dogs on leads.’

Wally was first seen in Ireland before being spotted in Pembrokeshire. 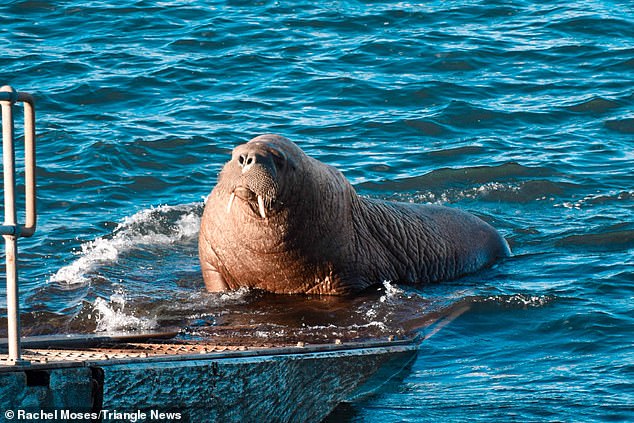 Animal welfare groups monitoring the animal, said to be the size of a cow, believe it came across the North Atlantic Ocean from Greenland on an ice floe.

The animal has become a local celebrity in Wales, with claims that tourists from as far as Essex have travelled to catch a glimpse of the aquatic visitor.

Photographer Gareth Davies has been a Wally-watcher since the entertaining creature first swam into Carmarthen Bay last month.

He has previously pictured the Arctic visitor snoozing and stretching on the RNLI slipway, but said he has never seen such an animated display as wonderful Wally put on this morning. 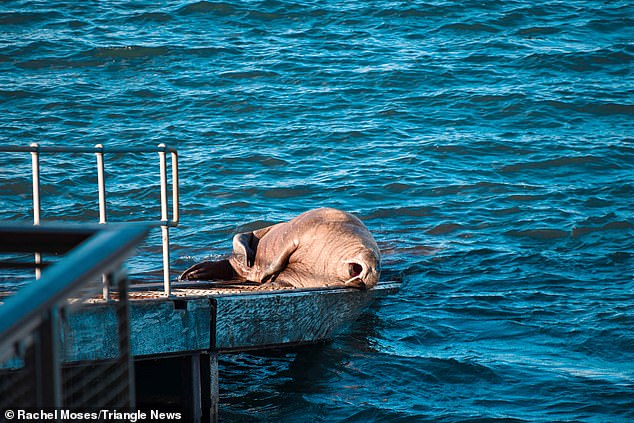 The playful animal has built up a huge following, with people travelling from Essex to catch a glimpse of him

Gareth said: ‘He was really enjoying himself swimming through the swell on the high tide near the slipway and then diving down for up to ten minutes at a time to feed.

‘He’s looking very good indeed – he’s clearly feeding and resting well and has put on a lot of weight in the last couple of weeks.

‘Everyone would like to think that eventually he will find his way home, but in the meantime he seems to be living his best life in Tenby.’