Muslim-Canadians say ‘a feeling of fear’ lingers in Quebec City one year after a deadly attack on a local mosque. 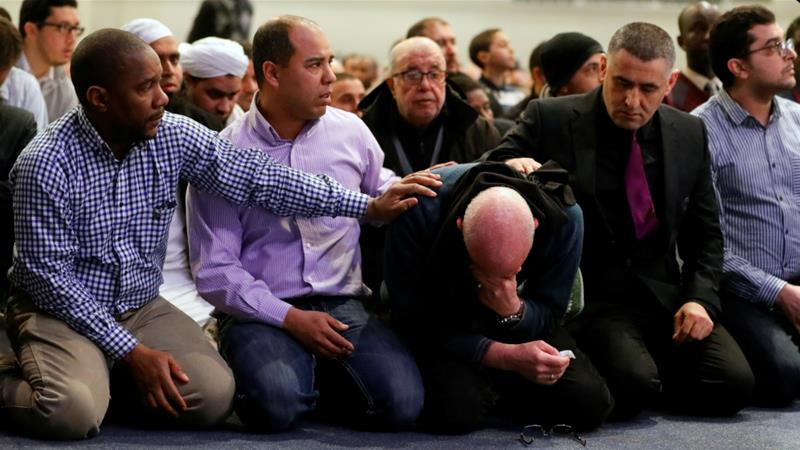 The father of six had just finished evening prayers at the Islamic Cultural Centre in Quebec, Canada, and was chatting with his eight-year-old son and two of his son’s friends.

He heard a burst of sound, and, moments later, caught a glimpse of a man with dark hair walking through the entryway. The man was carrying a gun.

“My son pulled me,” Ech-Chahedy told Al Jazeera earlier this month in a telephone interview from Quebec City.

“He said, ‘Dad, he wants to kill you,'” Ech-Chahedy recalled.

“I turned towards the children … and I told them, ‘We need to run.’ But they didn’t go. They couldn’t move. My reflex was to get them out.”

He managed to get the children to safety, seeking refuge in a nearby restaurant.

When the gunman finished shooting, six Muslim worshippers were dead, more than a dozen people were injured and Ech-Chahedy and other members of the Muslim community in Quebec City were in shock.

In the aftermath of the deadly attack, Quebec and Canadian politicians, community groups and faith leaders condemned the violence, with Prime Minister Justin Trudeau calling it a “terrorist attack on Muslims in a centre of worship and refuge”.

One year after the shooting, officials in Quebec City warn about an uptick in Islamophobia and anti-Muslim hate crimes in the provincial capital. 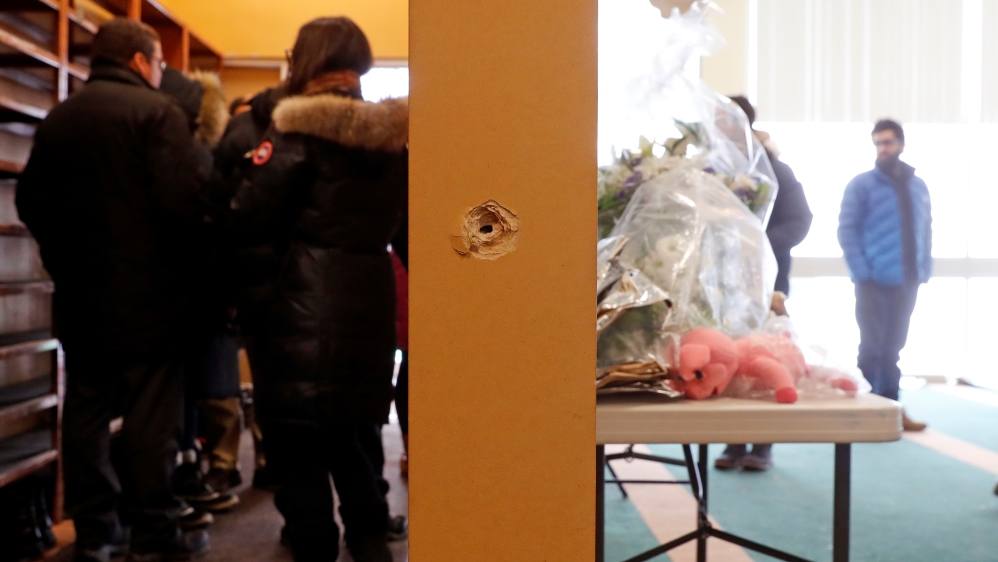 At least 42 hateful incidents against Muslims were reported to Quebec City police in 2017, the city’s police chief, Robert Pigeon, told local reporters in December. That is twice the number of anti-Muslim incidents that were reported a year earlier, Pigeon said.

For Mohamed Labidi, president of the mosque, it is clear that “there is a problem in the city of Quebec”.

Over the last year, the mosque has received new threats, far-right groups have mobilised with greater visibility, and plans to build a Muslim cemetery incited a hateful response from some residents in the region, he explained.

Labidi also reported that his car was set on fire in August of last year.

Quebec also passed a controversial law that banned face coverings when giving and receiving public services. Parts of the law were suspended last month after a lawsuit arguing the ban was unconstitutional was filed by the National Council of Canadian Muslims, the Canadian Civil Liberties Association, and Warda Naili, a Muslim woman who wears a full-face veil, also known as a niqab.

“When it comes to the Muslim community in Quebec, there is more mistrust and a feeling of fear,” Labidi told Al Jazeera. “Several extreme right-wing organisations are very active in Quebec City.

But the problem is not isolated to Quebec.

Last year, a symbolic parliamentary motion condemning Islamophobia drew ire from right-wing politicians and groups, several of which staged anti-Muslim protests in cities across Canada under the guise of freedom of speech.

Forty-six percent of Canadians also said they viewed the presence of Islam in public life negatively, an Angus Reid poll reported in November.

Leila Nasr, a spokesperson for the National Council of Canadian Muslims (NCCM), an advocacy group, said for many people across Canada – Muslim and non-Muslim alike – “the grieving really hasn’t finished” over the attack. 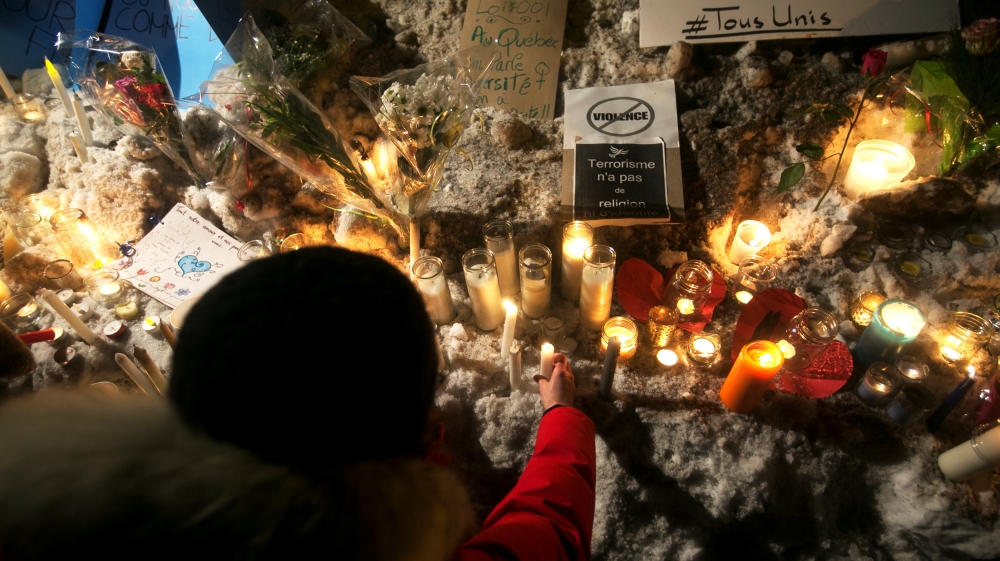 She told Al Jazeera that Canadians are increasingly aware, however, that Islamophobia is a problem that “has to be confronted.

Dozens of groups, including NCCM, launched a renewed call this month to have the federal government recognise January 29 as a Canada-wide day of action to combat Islamophobia. So far, Ottawa has only said it “received and noted” the request.

“It’s incredibly important for our elected officials to send a strong message at times like this. It’s important that they speak out very clearly and unequivocally against Islamophobia,” Nasr said.

Several days of commemorations have been organised to mark the one-year anniversary of the attack. A vigil will be held in Quebec City on Monday evening, while other events are being organised across Canada.

A spokesperson for Islamic Relief Canada, a nationwide Muslim charity, said it was important to mark the anniversary by supporting the families of the six men who were killed.

“A source of inspiration is the strength of the survivors, the six women and 17 children who lost husbands and fathers in the space of a few terrifying seconds a year ago,” spokesperson Reyhana Patel said in a statement.

“The slow recovery of their lives and sense of security – alongside their emphatic rejection of any further hatred and division – is, quite simply, the most compelling response to the tragic shooting of last year,” she said.

Labidi said that Muslim organisations have worked hard to highlight the dangers Islamophobia can pose since the attack, and the renewed vigour with which individuals are fighting all forms of bigotry should be seen as the silver lining to the tragedy.

“Sometimes we’re hit by the types of tragedies that we lived through in Quebec City … and we can draw lessons from it and move forward to improve the situation Muslims are living in, both in Quebec and Canada,” he said.

“Sometimes positive things can come out of pain.” 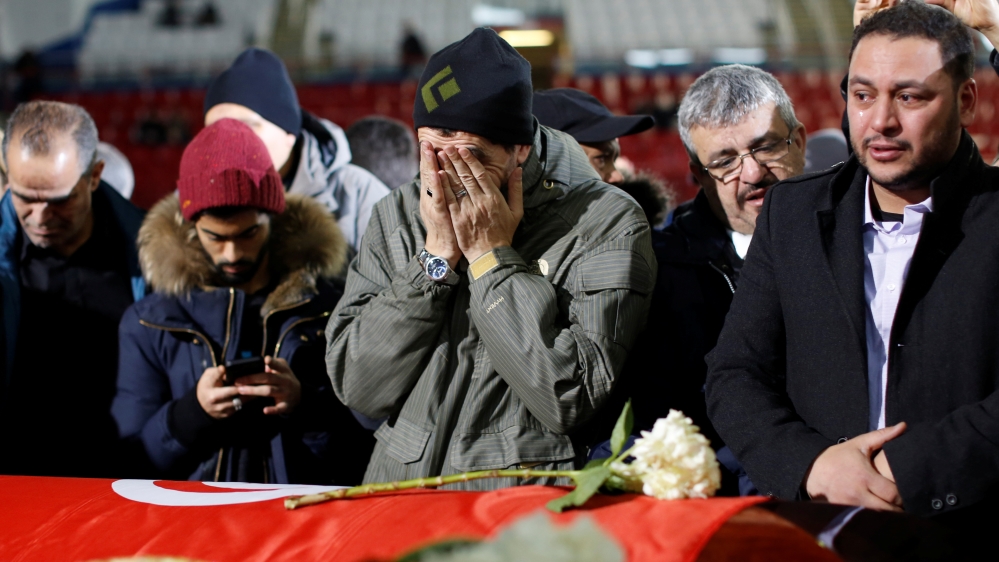 For his part, Ech-Chahedy, who works as a physical education teacher and taekwondo instructor, urged people not to paint all Quebecers with a single brush because of the attack.

“They shouldn’t condemn all Quebecers as racists or xenophobes … But there is a climate of tension here in [the province],” he said.

Several people in Quebec City have provided his family with support over the last year, and his brother and his family recently moved to Quebec from their native Morocco, which has been a great help, Ech-Chahedy said.

But he said coping with what happened remains a constant struggle.

It has been especially hard on his young son, who witnessed the violence.

“Even until today, he sometimes has nightmares and doesn’t sleep through the night,” he said.

“For a child, it’s very difficult. It’s a daily fight.”