Belgian weightlifter Anna Vanbellinghen has said allowing transgender New Zealand athlete Laurel Hubbard to compete in the women’s event at the Tokyo Olympics is unfair and that the situation is ‘like a bad joke’.

Hubbard, who competed in men’s competitions before transitioning in 2013, is set to become the first transgender athlete to compete at the Olympics after weightlifting’s governing body modified qualifying requirements for Tokyo.

The 43-year-old still has to satisfy the New Zealand Olympic Committee of her fitness and performance standards before selection but the prospect of her participation has already raised questions. 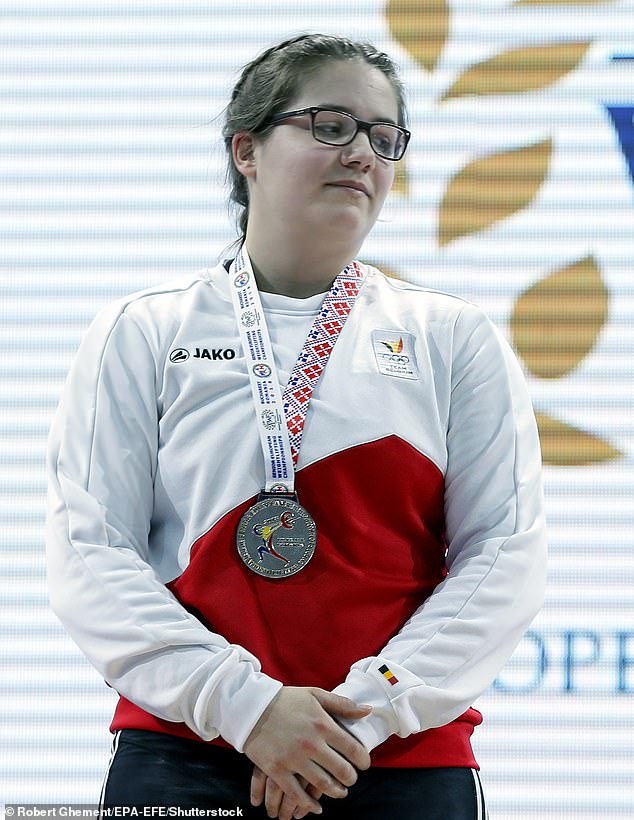 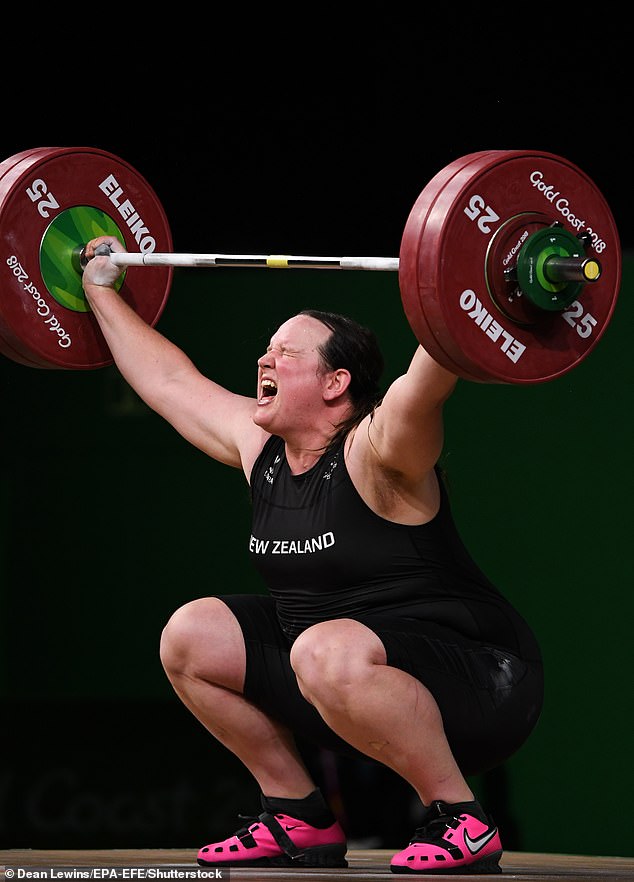 Hubbard, who competed in men’s competitions before transitioning in 2013, is set to become the first transgender athlete to compete at the Olympics

Vanbellinghen, who competes in the same +87kg division as Hubbard, said she fully supported the transgender community but the principle of inclusion should not be ‘at the expense of others’.

‘Anyone that has trained weightlifting at a high level knows this to be true in their bones: this particular situation is unfair to the sport and to the athletes,’ she told Olympics news website insidethegames.

Hubbard has been eligible to compete at the Olympics since 2015 when the IOC issued guidelines allowing any transgender athlete to compete as a woman provided their testosterone levels are below 10 nanomoles per litre for at least 12 months before their first competition.

Many scientists have criticised these guidelines, saying they do little to mitigate the biological advantages of those who have gone through puberty as males, including bone and muscle density. 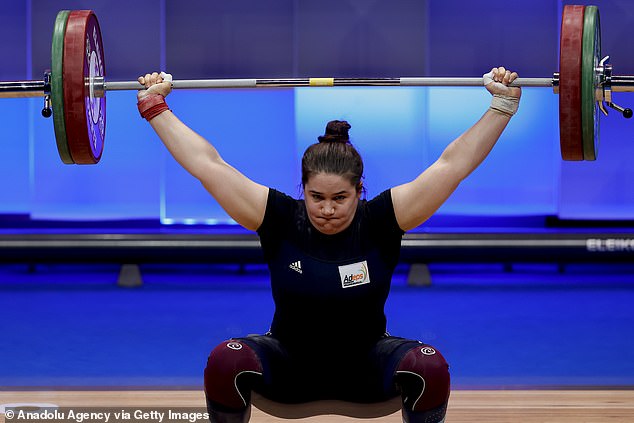 Vanbellinghen (pictured), who competes in the same +87kg division as Hubbard, said she fully supported the transgender community

‘I understand that for sports authorities nothing is as simple as following your common sense and that there are a lot of impracticalities when studying such a rare phenomenon, but for athletes, the whole thing feels like a bad joke,’ Vanbellinghen added.

‘Life-changing opportunities are missed for some athletes — medals and Olympic qualifications — and we are powerless.’

Testosterone is responsible for increased muscle mass and strength in males, and while testosterone blockers – or Antiandrogen – limit the body’s production of the hormone, some say people born male will keep their natural advantage, particular at competition levels.

Advocates for transgender inclusion argue the process of transition decreases that advantage considerably and that physical differences between athletes mean there is never a truly level playing field in sport.

Vanbellinghen is not the first competitor to criticise the decision to allow Hubbard to compete in women’s tournaments, with fellow New Zealander Tracey Lambrechs also saying it is unfair.

The athlete, pictured left before undergoing her transition, previously competed in men’s weightlifting competitions, setting junior records in 1998. Right: Hubbard on stage during the Women’s +90kg Final during the Weightlifting on day five of the Gold Coast 2018 Commonwealth Games, after he transition

‘We’re all about equality for women in sport but right now that equality is being taken away from us.

‘I’ve had female weightlifters come up to me and say, “what do we do? This isn’t fair, what do we do?”. Unfortunately, there’s nothing we can do because every time we voice it we get told to be quiet.’

The exact criteria for transgender participation in elite sport is determined by the international federations and some have already adjusted the IOC guidelines for power events.

The NZOC said it expected nomination and selection for its weightlifting team would not happen until June, when it would have a final list of qualified athletes from the IWF.

‘Prior to that all athletes must provide evidence of capability to finish in the top 16 at the Games, with the potential to achieve a top 8 placing,’ the NZOC added. 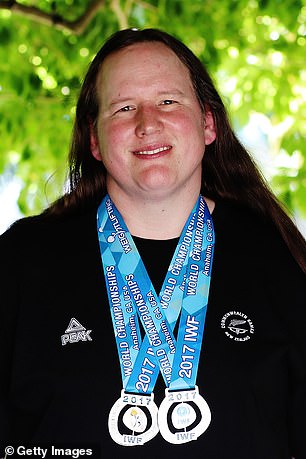 The NZOC said: ‘The New Zealand Team has a strong culture of manaaki (caring), inclusion and respect for all.’

Weightlifting has been at the centre of the debate over the fairness of transgender athletes competing in women’s sports, and Hubbard’s presence in Tokyo could prove divisive.

Her gold medal wins at the 2019 Pacific Games in Samoa, where she topped the podium ahead of Samoa’s Commonwealth Games champion Feagaiga Stowers, triggered outrage in the island nation.

Australia’s weightlifting federation sought to block Hubbard from competing at the 2018 Commonwealth Games on the Gold Coast but organisers rejected the move.

Rival weightlifters and coaches at the Commonwealth Games also complained.

Hubbard withdrew from the tournament after injuring herself lifting, allowing Stowers to take gold in the 90+kg division.

Since 2017, she has won six gold medals and one silver at various events, regularly out-lifting her competitors.

When competing as a man in 1998, she set New Zealand junior records with a snatch of 135kg, and a clean jerk of 170kg – totalling 300kg. The record was later beaten.

She has not surpassed this weight since competing as a woman, with her highest competitive totals coming at the World Masters Games in 2017, lifting 131 kg in the snatch and 149 kg in the clean and jerk – a total of 280 kg.

Some on social media have criticised Hubbard’s potential inclusion in the upcoming Olympics, saying it would be unfair to other women to allow her to compete.

‘The female weightlifters should boycott & change the course of this ‘making of history’,’ one Twitter user wrote.

Others referred to Hubbard as a ‘cheat’ and insinuated she would be taking the spot from another woman.