We’re coming for you, Gove warns firms, as he unveils £4billion fund to remove dangerous cladding in wake of Grenfell fire

Michael Gove will today warn firms responsible for building unsafe homes that the Government is ‘coming for you’ – as he unveils measures to tackle the cladding scandal.

The Housing Secretary will confirm plans for a £4 billion fund to remove dangerous cladding from tower blocks in the wake of the Grenfell fire.

The cash, revealed in Saturday’s Daily Mail, will help tens of thousands facing huge repair bills through no fault of their own. 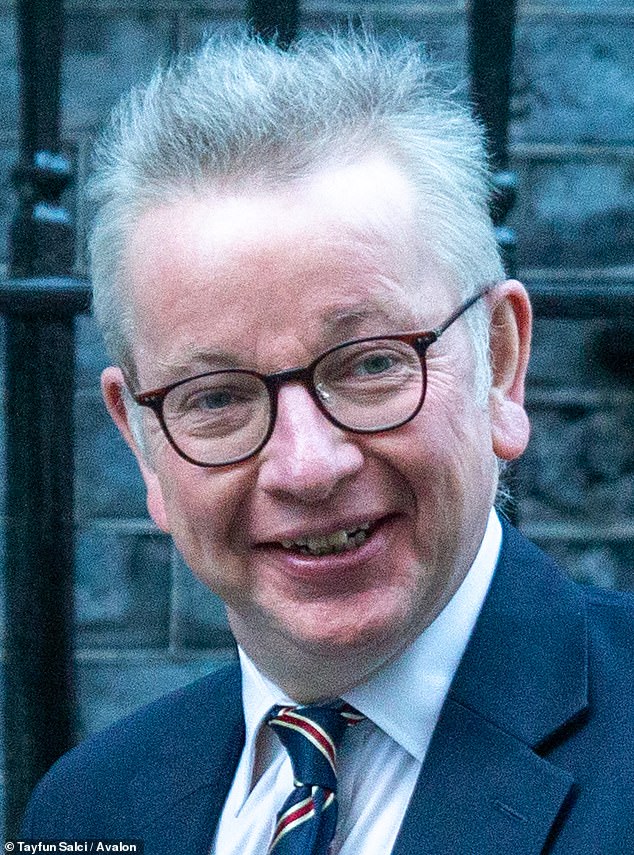 Mr Gove will also warn rogue developers they will be expected to foot the bill for the repairs.

In a speech to MPs today, he will say: ‘I am putting them on notice. If you mis-sold dangerous products like cladding or insulation, if you cut corners to save cash as you developed or refurbished homes, we are coming for you.’

A leaked letter from Treasury chief secretary Simon Clarke authorises Mr Gove to use a ‘high-level ‘threat’ of tax or legal solutions’ to get developers to pay up.

The move has been welcomed by campaigners for those facing huge bills for repairs, many of whom are unable to move home because banks won’t offer mortgages against their properties.

Developers will be barred by law from clawing back the money via inflated service charges.

And leaseholders will be granted the right to sue builders over defective flats for up to 30 years – a five-fold rise in the current six-year limit.

However, campaigners have criticised an apparent loophole in the scheme which means it will cover only remedial work relating to cladding, rather than all fire safety work, such as repairing faulty firebreaks or dangerous balconies.

Planning reforms that would have stopped councils from blocking certain developments have been dropped.

The controversial proposed ‘development zones’, in which there would have been a presumption in favour of planning permission regardless of local objections, had been opposed by dozens of Tory MPs.

In a submission to a House of Lords inquiry, Michael Gove’s Department for Levelling Up, Housing and Communities said the new planning system would have ‘effective local engagement at its heart’.

And it specifically ruled out planning permission being granted automatically.

It’s the latest stage in Boris Johnson’s retreat over planning, after he had proposed a ‘once in a generation’ shake-up of the system.

Rachel Loftus, of End Our Cladding Scandal, said: ‘You have to do all of what the experts say is required, but the Government is saying there is funding for only some of them.’

A Whitehall source said Mr Gove was in discussions with banks and insurers about ensuring that post-Grenfell repair bills are ‘proportionate’ and not inflated by demands to fix other building problems that do not directly affect safety.

The new scheme will directly help those living in buildings under 18 metres (59ft) who have missed out on previous grants and been told to take out huge loans to fund repairs.

Those living in properties above 18m are already able to access government grants from a £5 billion Building Safety Fund.

Mr Gove has employed forensic accountants to track down those responsible for fire-risk flats.

A dossier compiled by the Department for Levelling Up, Housing and Communities found that companies involved in the Grenfell fire have gone on to make huge profits since the June 2017 disaster which claimed 72 lives.

It found that 12 firms connected to the fire have since made pre-tax profits of £6.7 billion, paid out dividends of £3.1 billion and awarded pay packages and bonuses to directors worth £335 million.

Mr Gove is expected to say that those who knowingly put lives at risk should be ‘held to account’.