After two years of lockdown pain and virtual living-room concerts, Melbourne’s live music scene will make a comeback with more than 100 gigs across several inner-city suburbs over the next six months.

The state government has announced it will pour $4 million into extending its On the Road Again program, an initiative launched last December to fund live music events in regional Victoria and outer-suburban areas. 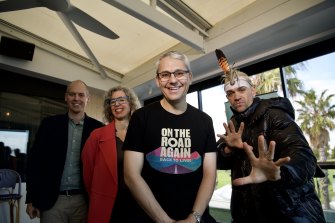 Creative Industries Minister Danny Pearson said the performances, which will take place across Melbourne – from St Kilda to Altona – will “rock the suburbs” and help artists get back on their feet after suffering through the pandemic.

“It’s just going to be such a joyous celebration of who we are as a city and as a state,” he said.

Melbourne-based Gamilaraay musician Mitch Tambo said a lifeline for the arts was “pivotal, necessary and urgent” after two trying years away from the stage.

Tambo, who famously sang You’re the Voice in his native language alongside John Farnham and Olivia Newton-John at the Fire Fight Australia concert in 2020, said many artists had struggled with their mental health during Melbourne’s lengthy lockdowns.

“We have been, I think, in a lot of ways the community that’s been forgotten about because we just rock up and provide entertainment and that’s the first thing to go and the last to come back,” he said.

Tambo said he spent most of the past two years cooped up in the city making gardens out of recycled car tyres and was pumped to finally go back on stage.

He will be among a line-up of musicians kicking off the program with performances at the Southside Live festival on the St Kilda foreshore in June and July. Other artists performing at the popular waterfront precinct include Pania, Freeds and the Teeny Tiny Stevies. 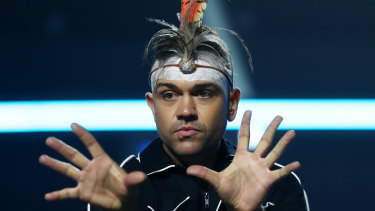 Mitch Tambo during a media call for Eurovision Australia Decides on the Gold Coast in February 2020, before COVID-19 hit. Credit:Getty Images

”There is no better venue in this wonderful country of ours for live music than right here in St Kilda and the support that the Victorian government has provided is going to take this to a whole new level,” Port Phillip mayor Marcus Pearl said.

“It’s going to get our foreshore cranking at a time when we desperately need it the most in the post-COVID environment.”

As part of the initiative, several other councils across the metropolitan area will put on a series of festivals and events.

The Yarra City Council will host Leaps and Bounds+ Beyond 2022, a mini-festival celebrating Aboriginal and Torres Strait Islander, African and LGBTQ performers.

In Footscray, the City of Maribyrnong will put out a weekly live music program at emerging venues, while Moreland City Council will partner with several businesses in the area to host 85 events.

The City of Stonnington will run three nights of music performances featuring Australian and Victorian acts in October. Prahran Square and Altona’s Civic Theatre will also be the site of additional concerts.