THE House of Representatives have voted to approve to articles of impeachment against Donald Trump.

But is he still president and what happens next? We explain it all. 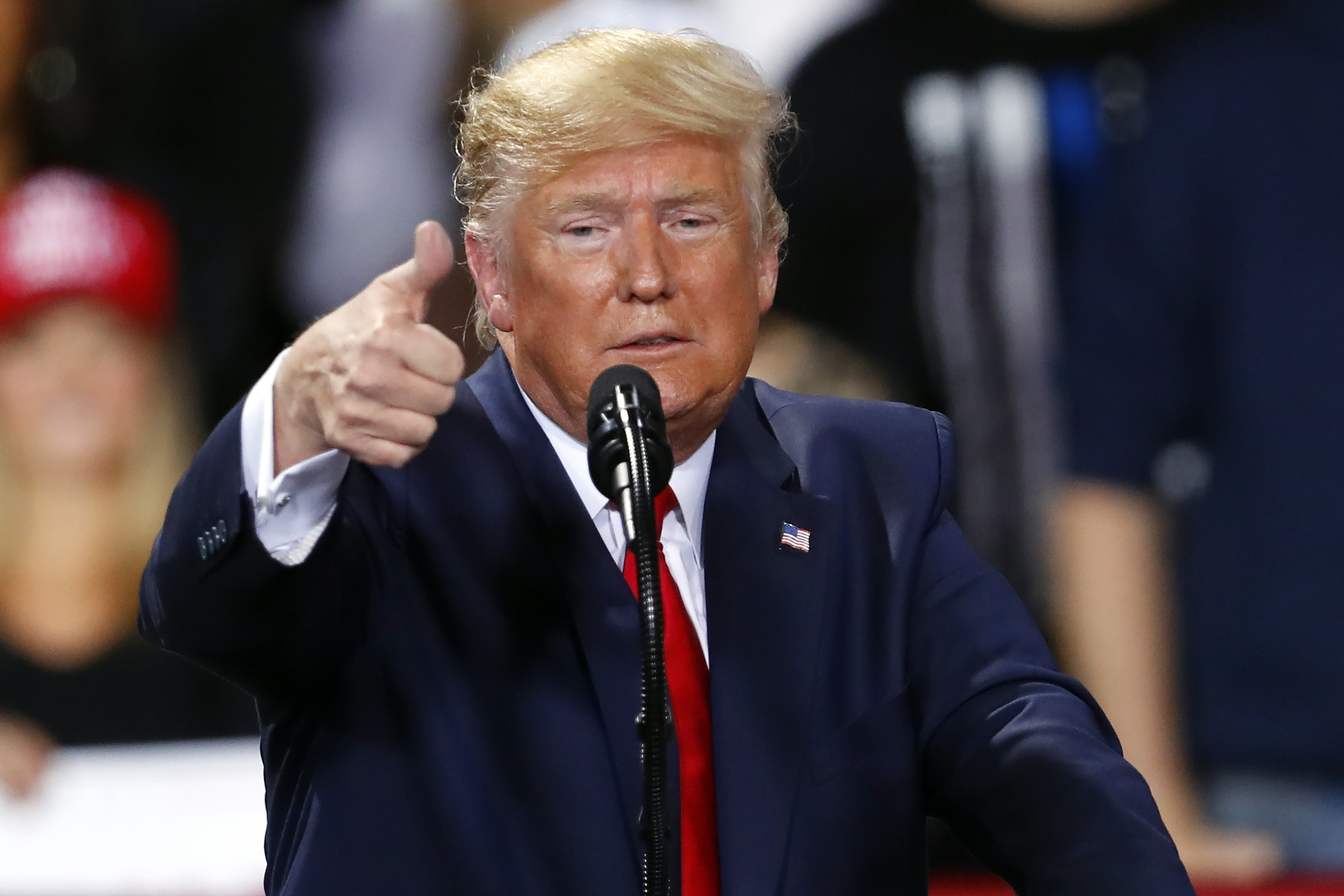 When was Donald Trump impeached?

On December 18, the US House of Representatives passed two articles of impeachment against Donald Trump.

The Democrat-controlled House voted to approve charges of abuse and power and obstruction of Congress.

No Republicans voted against the president but three Democrats voted not to impeach.

Trump became the third president in US history to be impeached by the House.

He will now face a Senate trial in January. 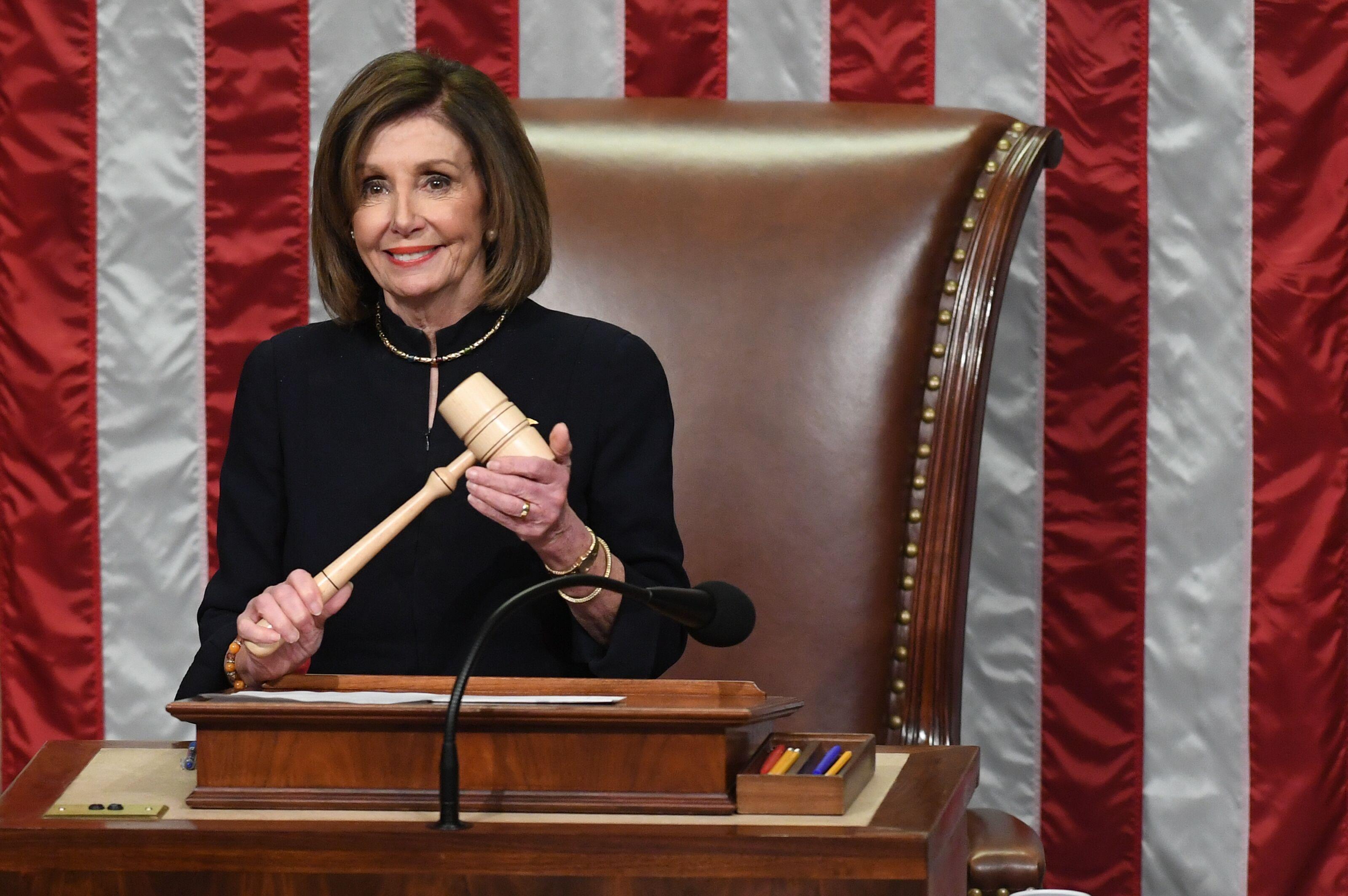 Why is he still president?

Trump is still president because he still needs to face a trial in the Senate.

Until he is found guilty he will still hold the his position as president.

What is a Senate trial and when will it take place?

A Senate trial is exactly what it sounds like.

After the House charges the president with articles of impeachment, representatives called "managers" act a prosecutors before the Senate.

At this time it is unclear who the "managers" will be.

The Senate will act as a High Court as they consider evidence and hear witnesses before ultimately deciding to acquit or convict the president of impeachment.

The chief justice will preside over the High Court.

A two-thirds majority is required to convict the president and the penalty is for the individual to be removed from office.

Once the president has been impeached they cannot appeal the decision.

Trump's Senate trial will take place in January, but an official date has yet to be set.

Hours after the House voted to impeach him, the Speaker of the House Nancy Pelosi cited concerns about an unfair trial in removing trump from office.

She told reporters: “So far we haven’t seen anything that looks fair to us." 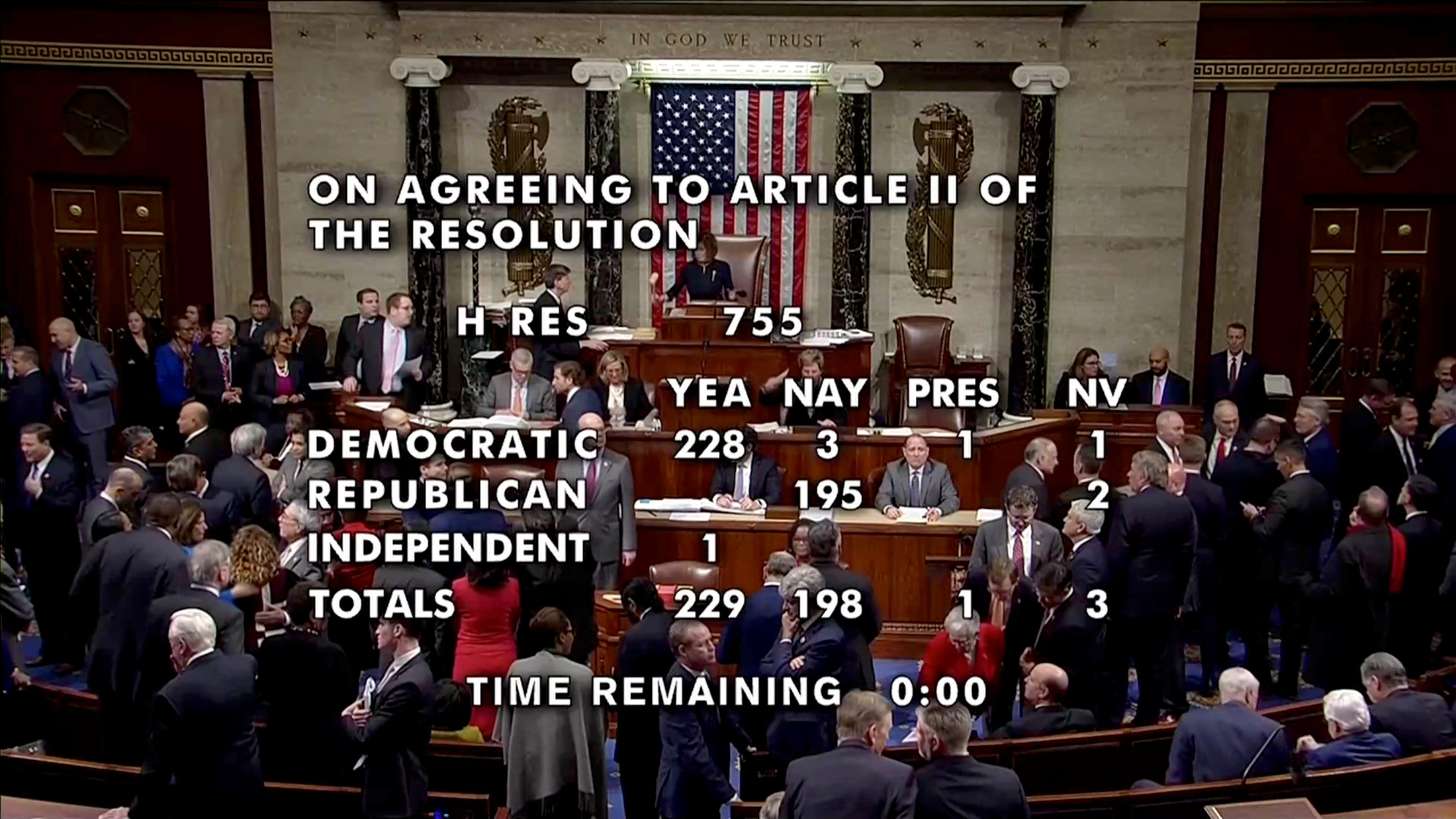 What happens if Trump is removed from office?

If the Senate votes to remove Trump from office he will replaced by his Vice President Mike Pence.

Pence will be sworn in as the president shortly after Trump's removal.

In the unlikely chance Pence does not take office, Pelosi will be sworn in.

However, it is unclear how it will fair for the Republican Party as the 2020 election is less than a year away.

What is the impeachment process and how does it work?

Impeachment is a formal charge of serious wrongdoing against a holder of public office in the United States.

It is one of the few ways a sitting president can be kicked out of the White House before an election.

The US Constitution states a president "shall be removed from office on impeachment for, and conviction of, treason, bribery, or other high crimes and misdemeanours".

The "sole power of impeachment" is held by the House of Representatives, the lower chamber of Congress.

A simple majority is required – i.e. more than half of Representatives must vote to impeach the president.

Then the case would be tried by the Senate, the upper chamber of Congress, where a two-thirds majority is needed.

While the Senate is still controlled by the Republicans, with 53 of the 100 seats, the Democrats have control of the House of Representatives, with 235 of the 435 seats.

However, a two-thirds majority of 67 Senators voting to impeach Trump would still be needed in the Senate when it is tried.