THERE'S a twist to today's Macy's Thanksgiving parade – which kicks off the holiday season from 34th Street.

The 94th edition of the iconic event has teen “reinvented” to keep spectators in New York City safely at home and families nationwide glued to their TVs, say organisers. 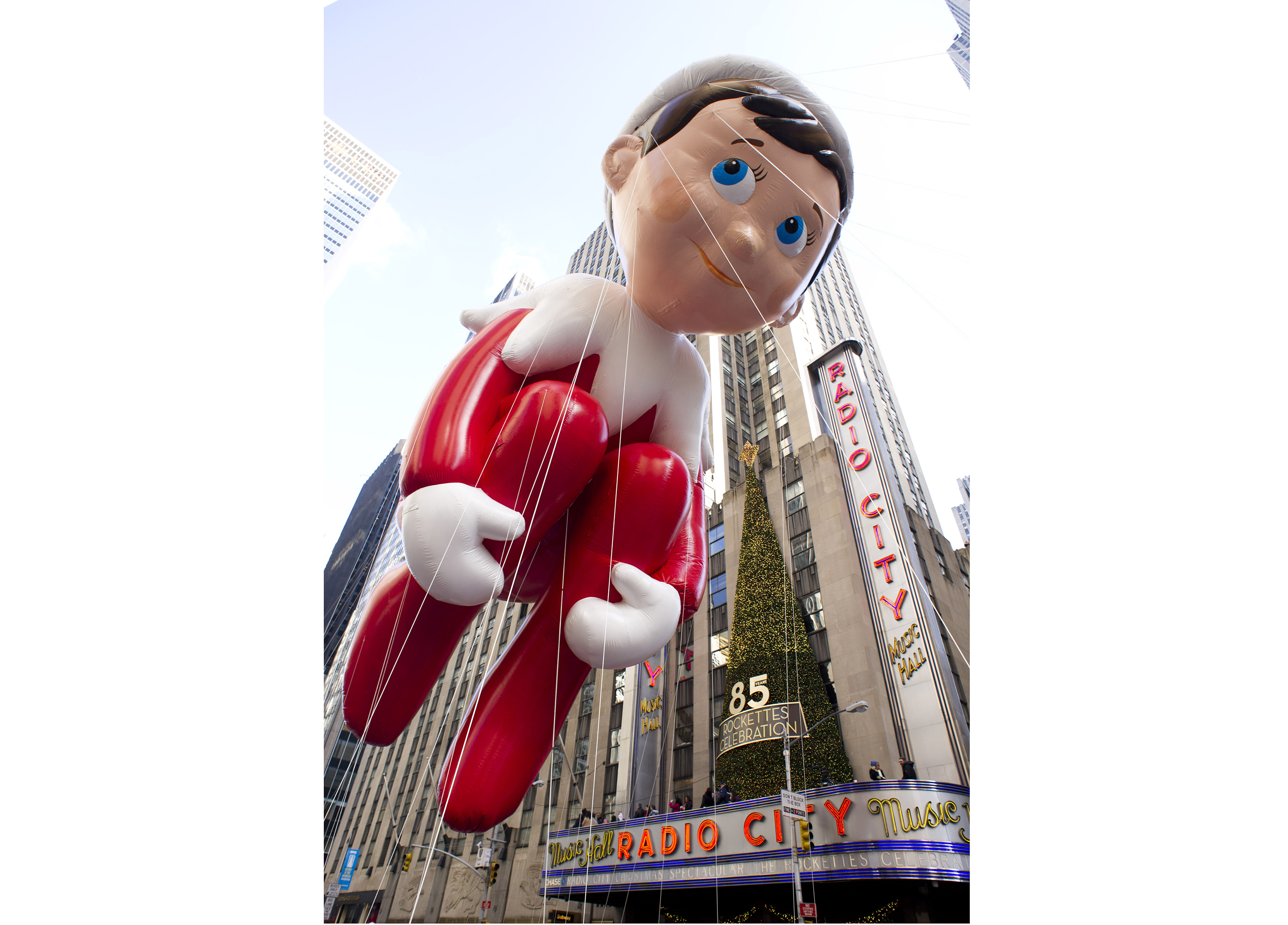 The Macy’s Thanksgiving Day Parade can be watched from the comfort of your own home from 9am today, November 26.

The event has been a traditional holiday season kick-off for more than 90 years.

Spectators often line up a half-dozen deep along the route to cheer about 8,000 marchers, two dozen floats, entertainers and marching bands.

But, with the coronavirus rampaging through the US, organisers have erred on the side of caution so the only way to view the celebration is on television.

The traditional 2.5-mile Parade route will not be used this year.

The parade’s elements will focus solely around the Herald Square area of Midtown Manhattan.

All participants, staff and performers are being tested for Covid-19 and undergoing wellness checks prior to their Parade participation.

Many performances have been pre-taped and most of the parade’s performers will be locally based to cut down on travel. 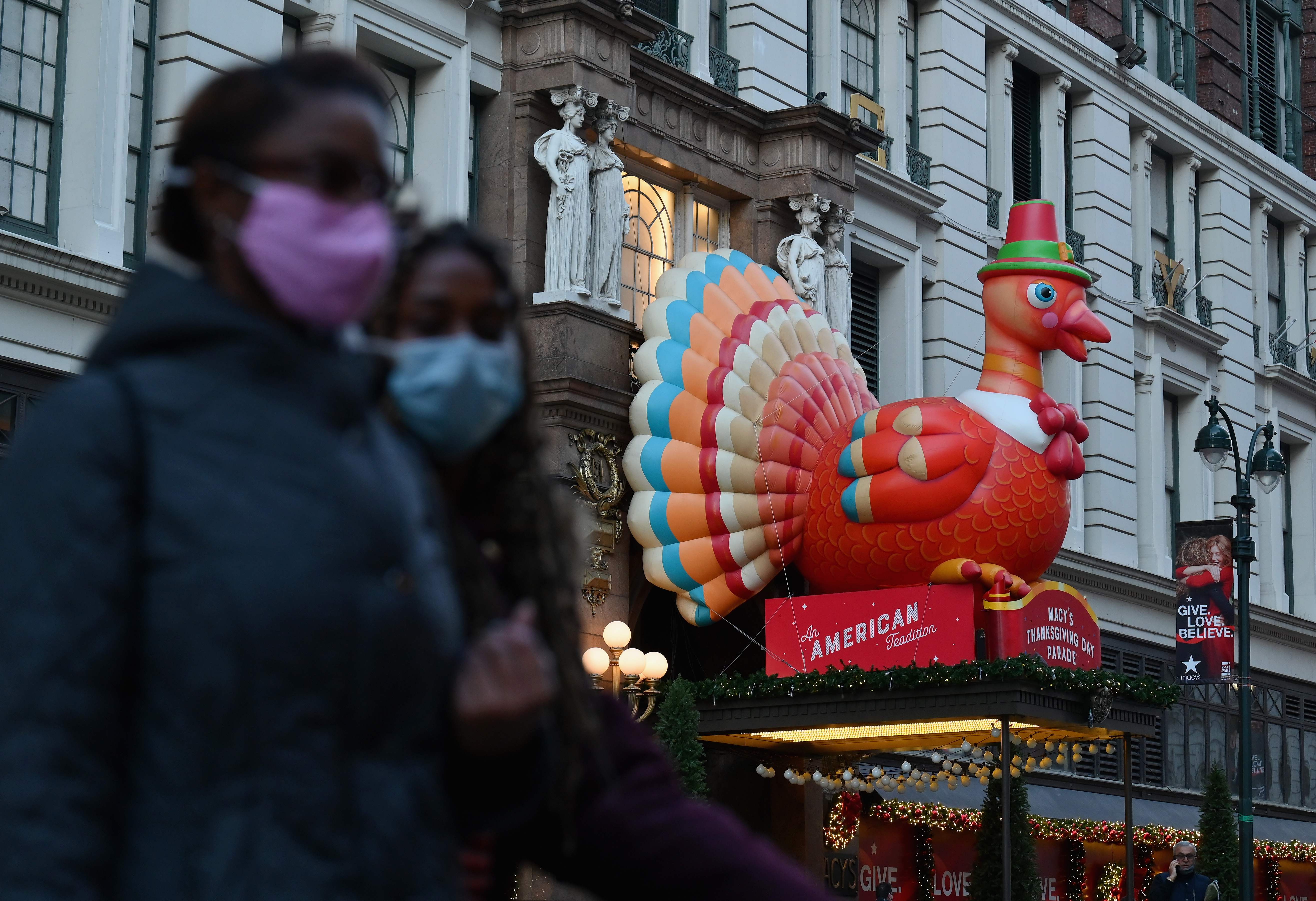 How can I watch it live?

Today's parade will air on NBC and Telemundo from 9am until noon Eastern.

It can also be watched from 9am ET on YouTube.com/Verizon, Twitter @Verizon and select Verizon Media properties, including Yahoo.

For those living in the UK, parade fans can watch the virtual event livestreamed via the links above from 5pm GMT.

The online coverage is being hosted by Mario Lopez.

A repeat presentation airs from 2 to 5pm. 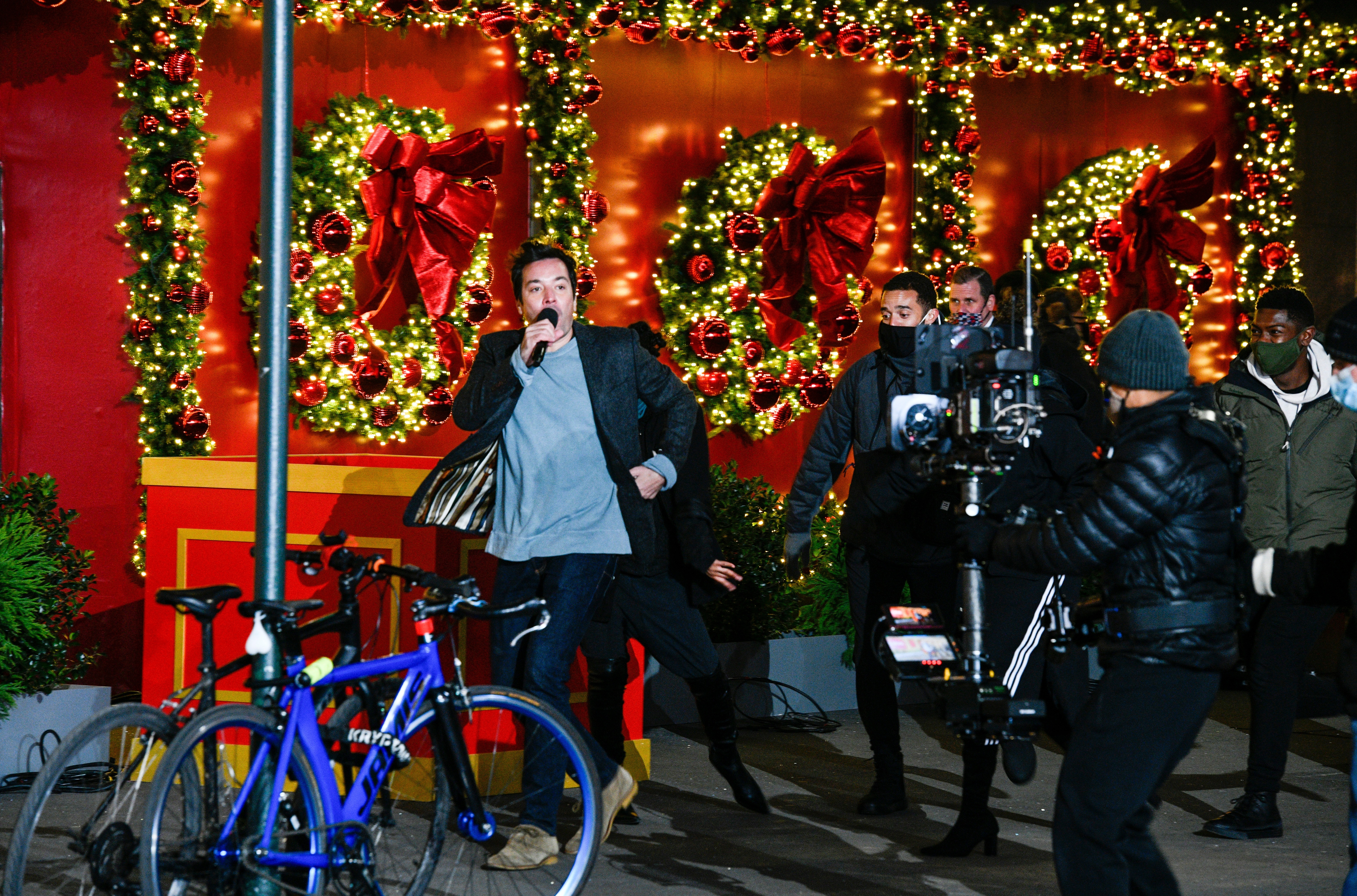 Who is performing at the parade?

Featuring a mix of musical genres from Pop and R & B to Country and Latin music, the Parade will be the ultimate television party destination this November, say organisers.

Returning for a fourth year by popular demand is a special presentation of the Macy’s Singing Christmas Tree.

This will feature the harmonious voices of 60 Macy’s colleagues who will join the event from their homes across the country. 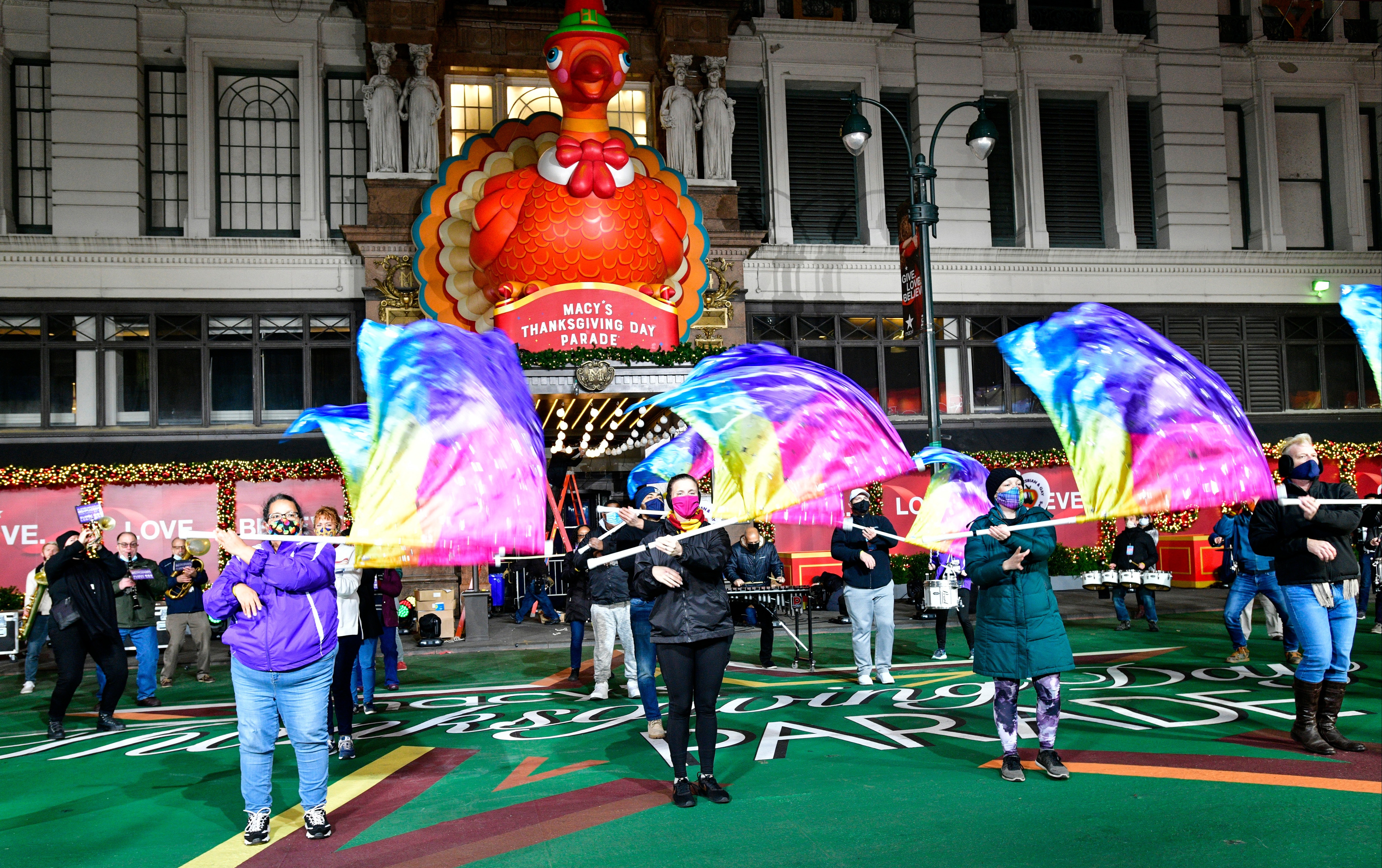 The best of Broadway will once again be featured with performances from the casts of Ain’t Too Proud – The Life and Times of The Temptations, Hamilton, Jagged Little Pill, and Mean Girls.

There are additional performances from The Big Apple Circus, The NYPD Police Band, The West Point Marching Band and the step skills of Zeta Phi Beta.

Another change this year was the decision to spotlight many of the New York City parades that were canceled in the spring and fall due to the pandemic — the St. Patrick’s Day Parade, the Mermaid Parade, the Puerto Rican Day Parade and NYC Pride March. 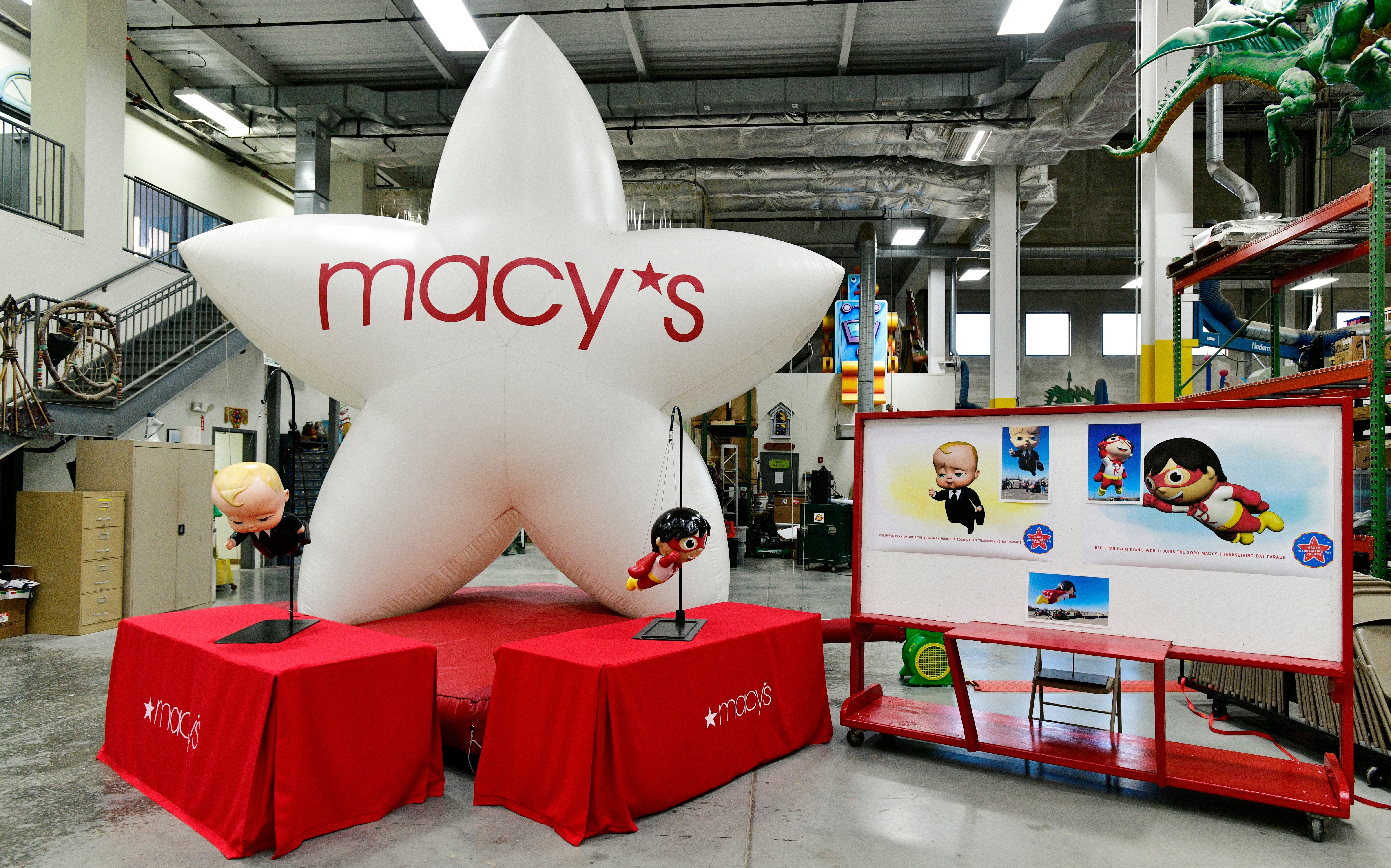 What new balloons will be at the parade?

This year’s lineup of balloons includes Snoopy, 'Diary of a Wimpy Kid,' 'The Elf on the Shelf,' Chase from 'Paw Patrol,' Pikachu, the Pillsbury Doughboy, Ronald McDonald, SpongeBob SquarePants and 'Trolls.'

New this time are 'The Boss Baby' and Red Titan from 'Ryan’s World'.

The giant cartoon-character balloons will be flown without the traditional 80 to 100 rope-pulling handlers assigned to each inflatable.

Instead, they'll be tethered to specialized vehicles.

The Parade’s character balloons first joined the revelry in 1927.

The inflatables have since become a signature feature, highlighting some of the world’s most beloved characters.

Over time, the inflatables have morphed from air-filled characters carried on sticks to high-flying giants, balloonheads, hybrid inflatables with vehicles inside (balloonicles) or tandem tricycles (trycaloons). 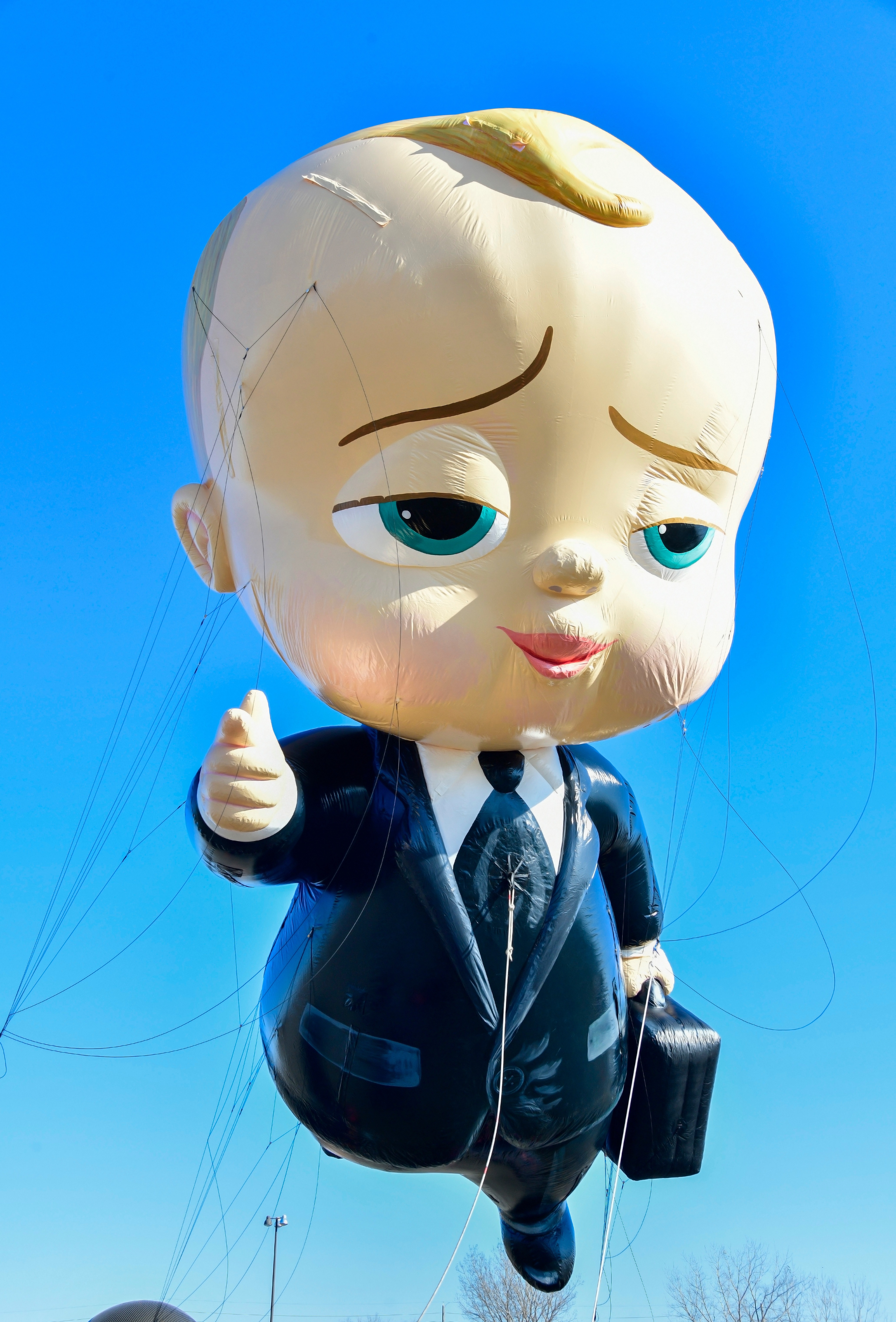 What new floats will be at the parade?