PRESIDENT Joe Biden confirmed the US will withdraw all of their troops from Afghanistan by September 11, 2021.

The removal of approximately 3,000 American troops will coincide with the 20th anniversary of the September 11, 2001 terrorist attacks. 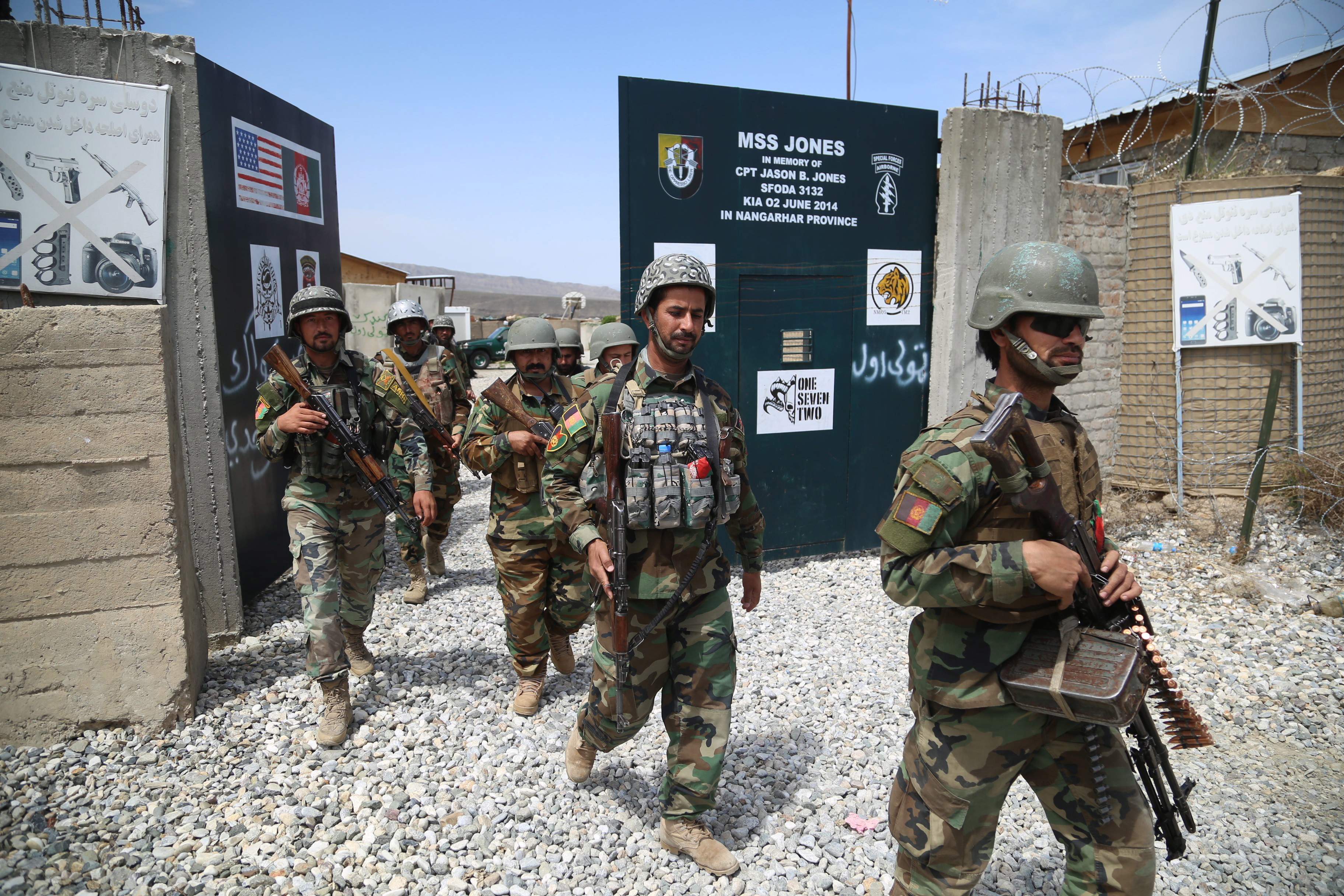 When is Biden withdrawing US troops from Afghanistan?

The withdrawal of US troops will begin on May 1, and will continue until all American servicemen are out of Afghanistan.

"I am now the fourth American president to preside over an American troop presence in Afghanistan," Biden said during a press conference the afternoon of April 14.

"Two Republicans. Two Democrats. I will not pass this responsibility to a fifth. It is time to end America’s longest war. It is time for American troops to come home."

"The United States will begin our final withdrawal on May 1 of this year," Biden said. "We will do it responsibly, deliberately, and safely." 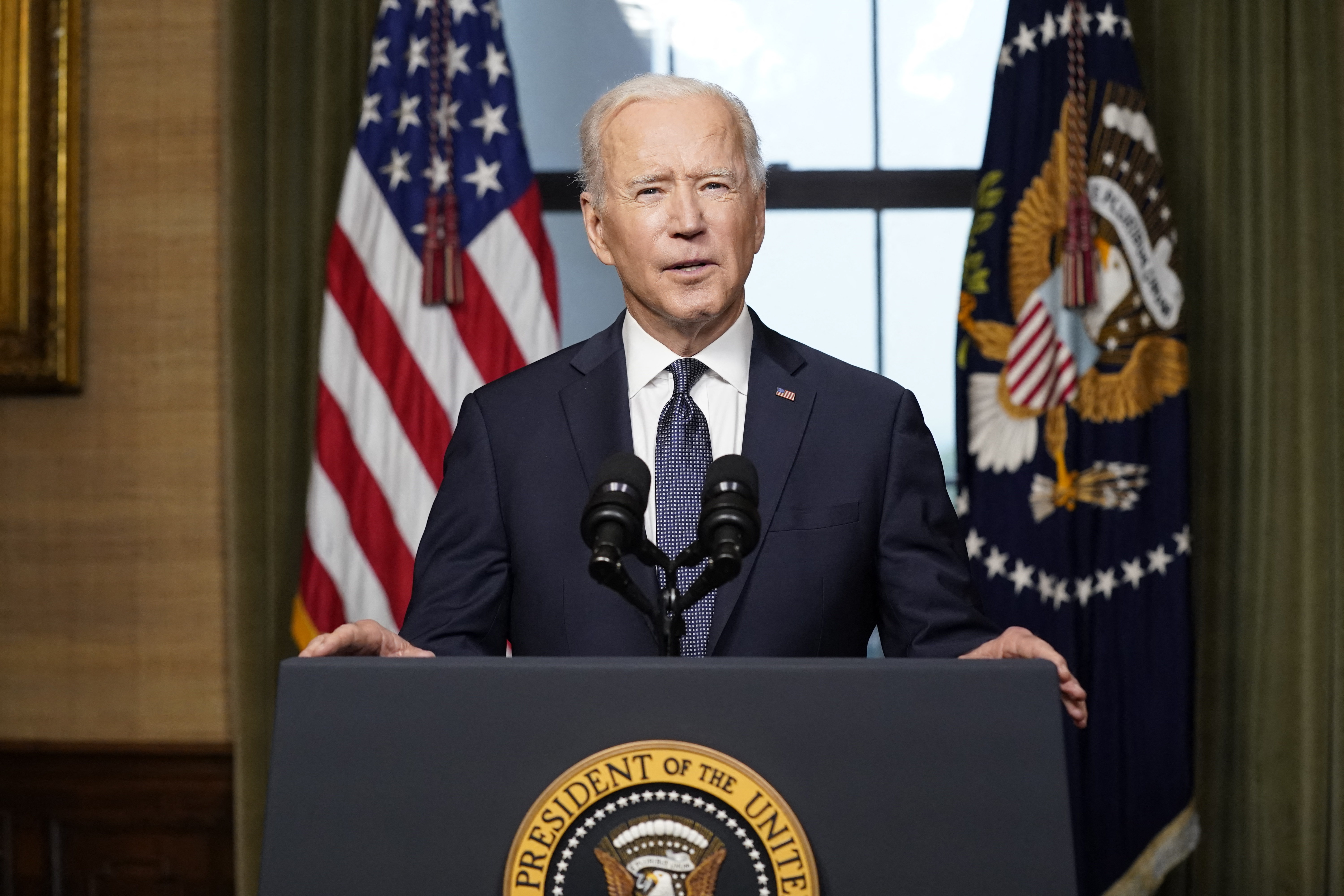 Biden said the Taliban should know that the US will "defend our allies and partners with all the tools at our disposal."

He said they would be out of Afghanistan by the anniversary of September 11, but would hold the Taliban accountable.

"My team is defining our national strategy," Biden continued, adding that he had alerted former President George W Bush about his decision and that they were united in their admiration of the people who served in the US Army.

"They have the thanks of a grateful nation," he went on and pointed that "our diplomacy does not hinge" on having American troops deployed there indefinitely.

"We went to Afghanistan because of a horrific attack that happened 20 years ago," he said. "That cannot explain why we should remain there in 2021."

Biden added: "We have to focus on the challenge that are in front of us," highlighting the tensions with China, "cyber threats" in 2021, and strengthening global health care in light of the pandemic.

He dismissed the arguments for "staying longer" and explained that his predecessors were reluctant to actually leave, despite the reason for staying becoming "increasingly unclear." 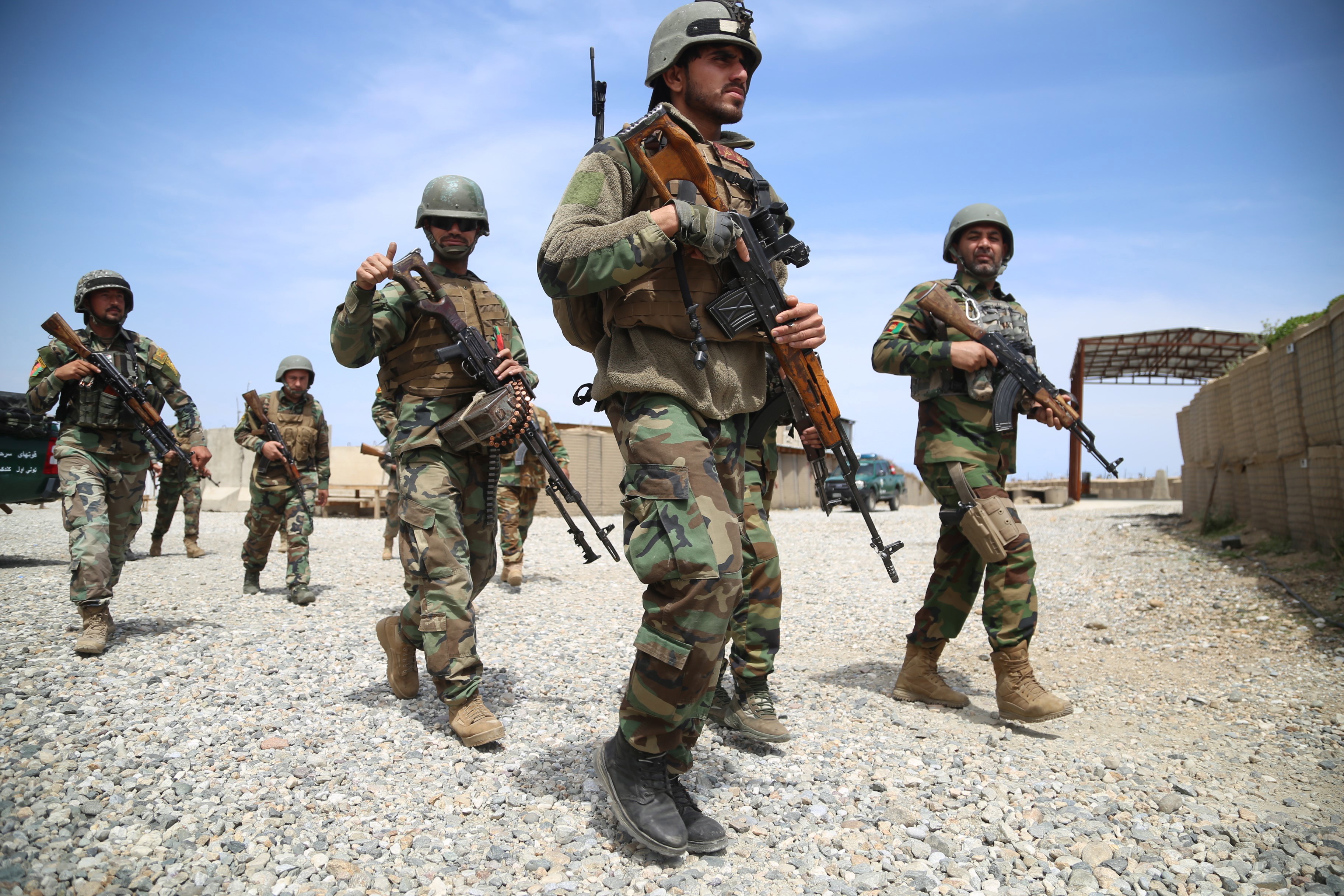 "In this moment, there is a significant risk to staying beyond May 1," Biden told reporters. "We have to have clear answers.

"Just what conditions allow us to depart? By what means and how long would it take to achieve them? And [how many lives lost?]"

"War in Afghanistan was never meant to be a multigenerational undertaking. We were attacked. We went to war with clear goals. We achieved those objectives," he concluded, before leaving the podium.

"Bin Laden is dead and al-Qaeda is degraded … and it’s time to the end the forever war."

When did the war in Afghanistan start?

The war in Afghanistan began on October 7, 2001, almost a month after the terrorist attacks in New York City on 9/11.

Nearly 3,000 people were killed in the 9/11 terrorist attacks, which the United States believed that Osama Bin Laden – who was the head of al-Qaeda – was behind these attacks.

There was a lot of international pressure on the Afghan leaders to hand over Osama Bin Laden, however, when the Taliban refused to the US decided they would use their armed forces. 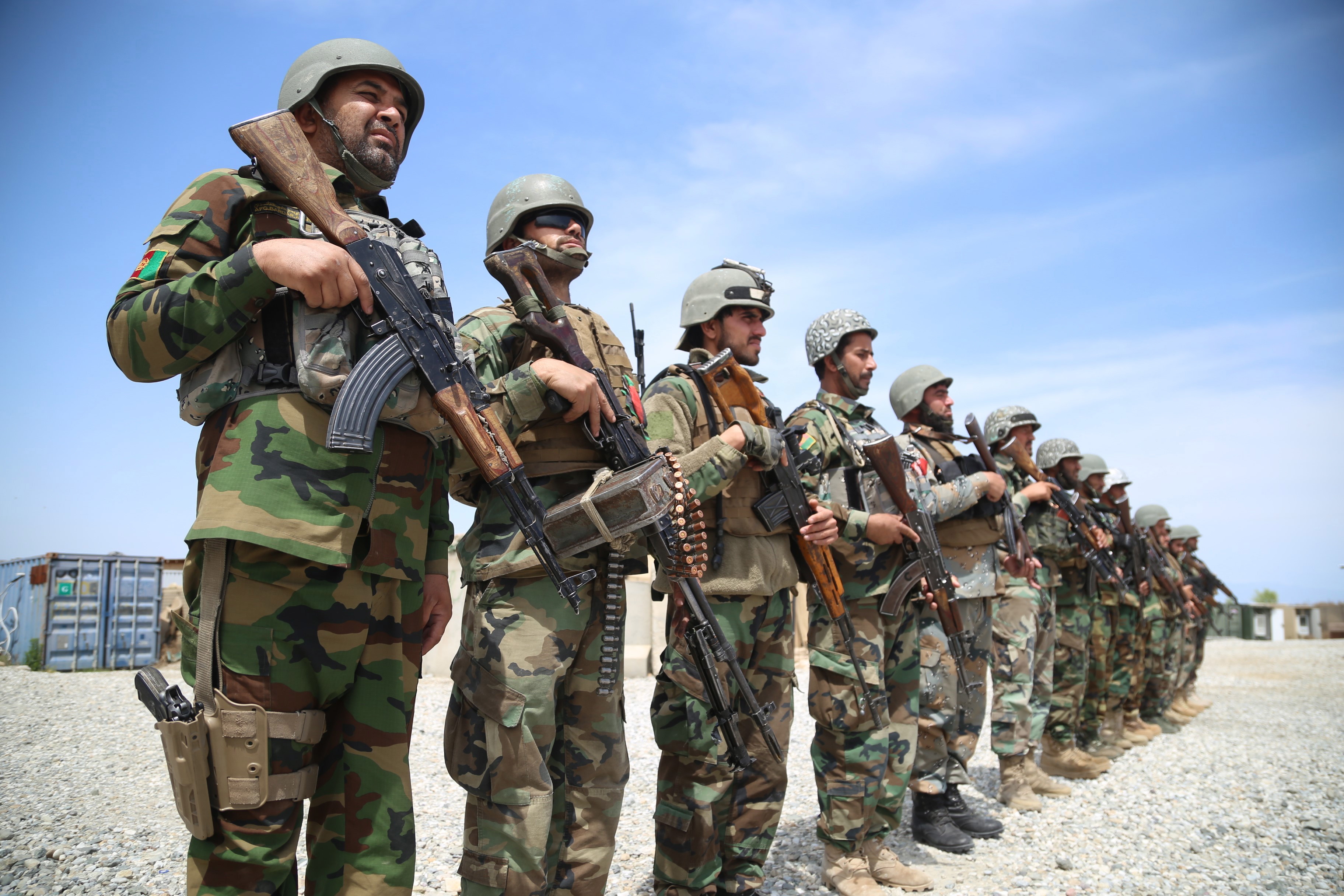 On October 7, 2001, the United States, with the United Kingdom, launched Operation Enduring Freedom.

That month, the US began bombing Afghanistan targeting Bin Laden's al-Qaeda fighters and also the Taliban.

It wasn't until 2011, ten years after the war in Afghanistan began that Bin Laden was eventually found by American soldiers in Pakistan, where he was shot and killed.

How many US died during the war in Afghanistan?

To date, approximately 2,300 American soldiers have died in Afghanistan since the war began almost 20 years ago. 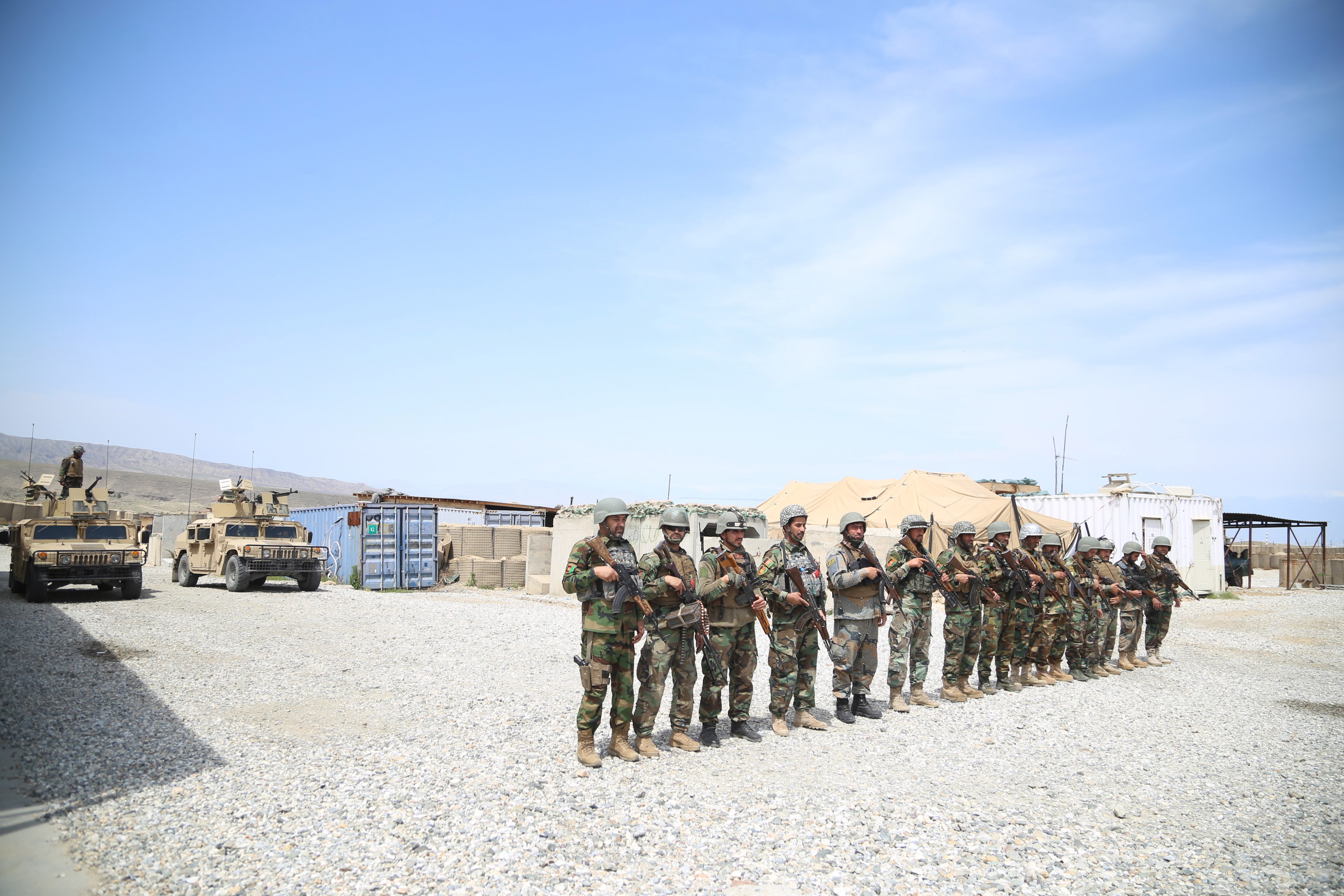 As of February 2021, no US troops were reportedly killed in combat in Afghanistan since 2020.

The wars in Afghanistan, Iraq and Syria have cost US taxpayers more than $1.50trillion collectively since September 11, 2001, according to a Defense Department report.