BORIS Johnson has announced that schools WILL open to pupils from June 1, in a phased reopening of classrooms in the UK.

Here's everything you need to know about when kids will be heading back to school as the UK slowly begins to exit the coronavirus lockdown. 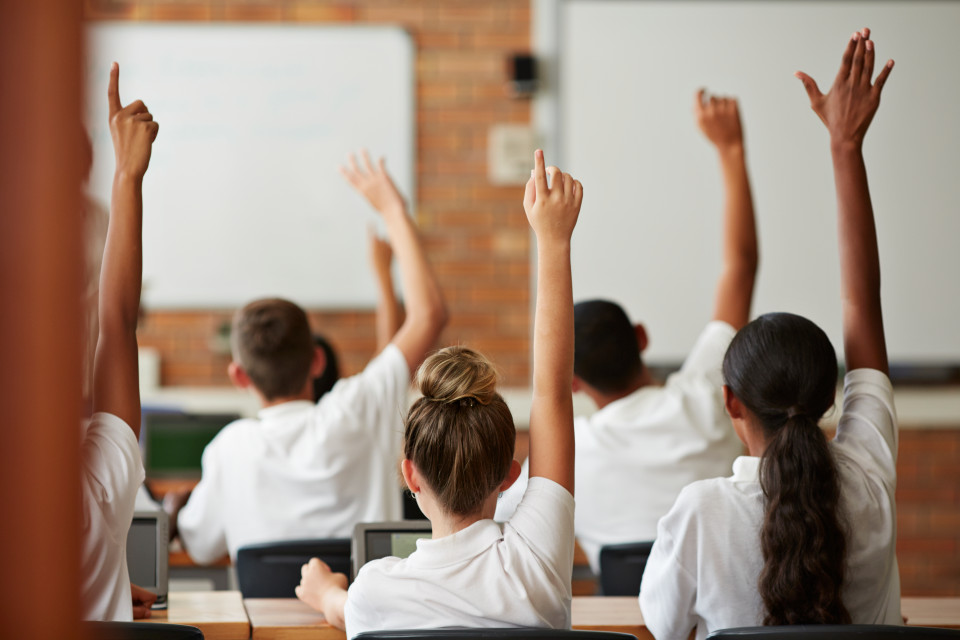 When will schools reopen in the UK?

The Prime Minister announced today on Thursday, May 28, that primary schools and nurseries will reopen on June 1 for children in reception, Years 1 and 6 and in nursery.

Secondary schools, sixth forms and colleges will however allow open for face-to-face contact from June 15, which offers some clarity over preparation for important exams next year.

The PM first announced the Government's plans for a phased reopening of schools on June 1 early in May.

However, he was quick to add these plans were "conditional" and it would depend on the science and if coronavirus infections continued to drop. 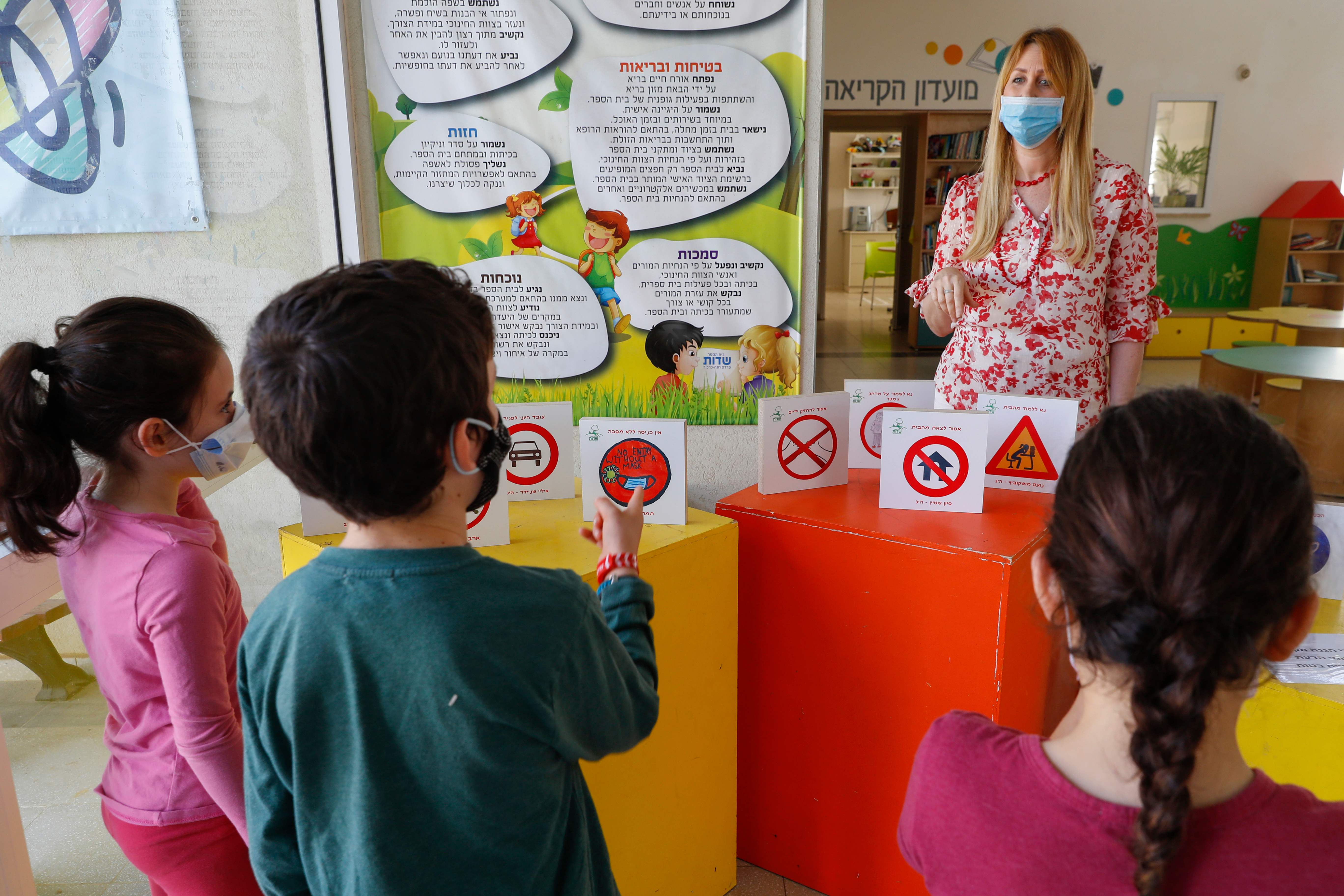 But on Sunday, May 24, he confirmed "we will be in the position to move to step two of the plan", meaning some schools will reopen on June 1, with reception, year one and year six classes returning first.

He said: "I can confirm I do believe we will be in the position to move to step two of the plan.

"As part of step two, we set out plans for phased reopening of schools.

"Education of children is crucial for their welfare, health, long-term future and for social justice.

"In line with the approach being taken in many other countries, we want to start getting children back into the classroom in a way that is as manageable and safe as possible."

" I can announce our intention to go ahead with that as planned on June 1 – a week on Monday," he added.

"We then intend from June 15 for secondary schools to provide some contact for year 10 and 12 students to help them prepare for exams next year."

Up to a quarter of older students will attend schools at any one time, the Prime Minister said, adding: "We're taking a deliberately cautious approach after a very constructive period of consultation."

He said full social distancing "may not be possible".

However, plans to keep children separate include smaller class sizes, keeping pupils in smaller groups, staggered break and lunchtimes, as well as drop-offs and pick-ups, and increased cleaning.

The Department for Education has published detailed guidance on the issue, he added.

Progress is "conditional and provisional" he said, insisting that "we must all remember the basics", like washing hands and maintaining social distancing.

"We are beating this thing, but we will beat it all the faster if we stay alert, control the virus and save lives," he said. 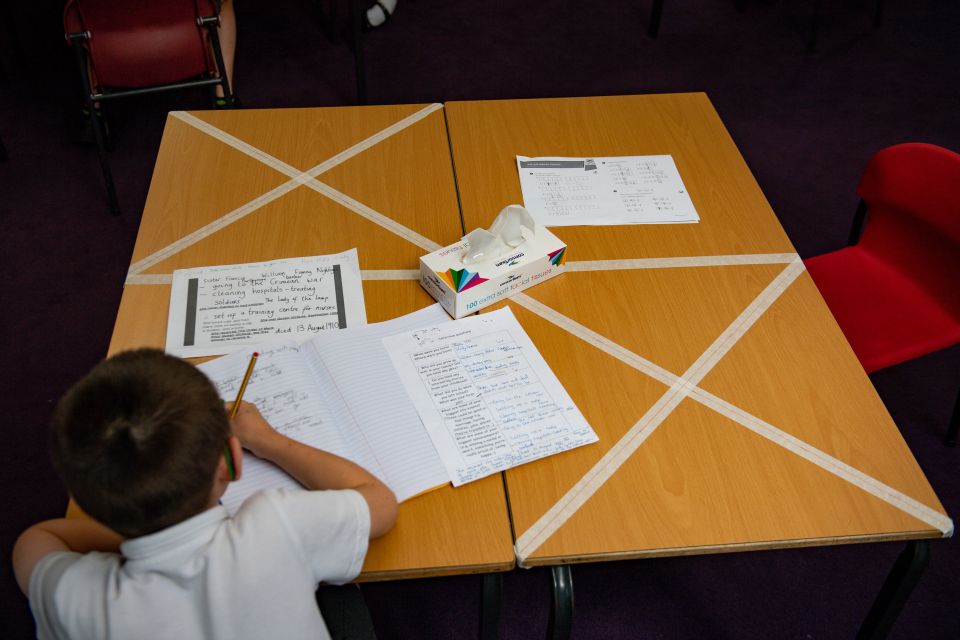 Teaching unions are opposed to the Government's plan to re-open schools on June 1, claiming teachers, pupils and their families will be at risk of catching the deadly virus.

The National Education Union slammed the school plan as "reckless" and warned infection rates were still too high.

The union advised members to tell headteachers they were “[awaiting] further advice from [their] union”.

Some local authorities, especially in the north of England, have advised their schools to stay closed on that date.

Doctors also said it was too risky to reopen schools on June 1 – however The British Medical Association, which represents doctors, has since dropped its hardline opposition to reopening.

Dame Angela McLean, the deputy chief scientific adviser, said an effective track and trace system was needed to isolate those infected by the coronavirus before changes were made to lockdown rules.

She told The Times that this should be based on "observed levels of infection . . . and not on a fixed date".

And scientist John Edmunds, another member of Sage, told Sky News that a track and trace system must be "embedded and working well" before schools reopened.

An exclusive investigation by The Sun revealed at least 28 councils have warned schools under their control could stay shut.

Analysis by The Sun found the local authorities cover 2,269 primaries.

The best way to check if your school will be open is to stay in contact with them directly by checking their website. 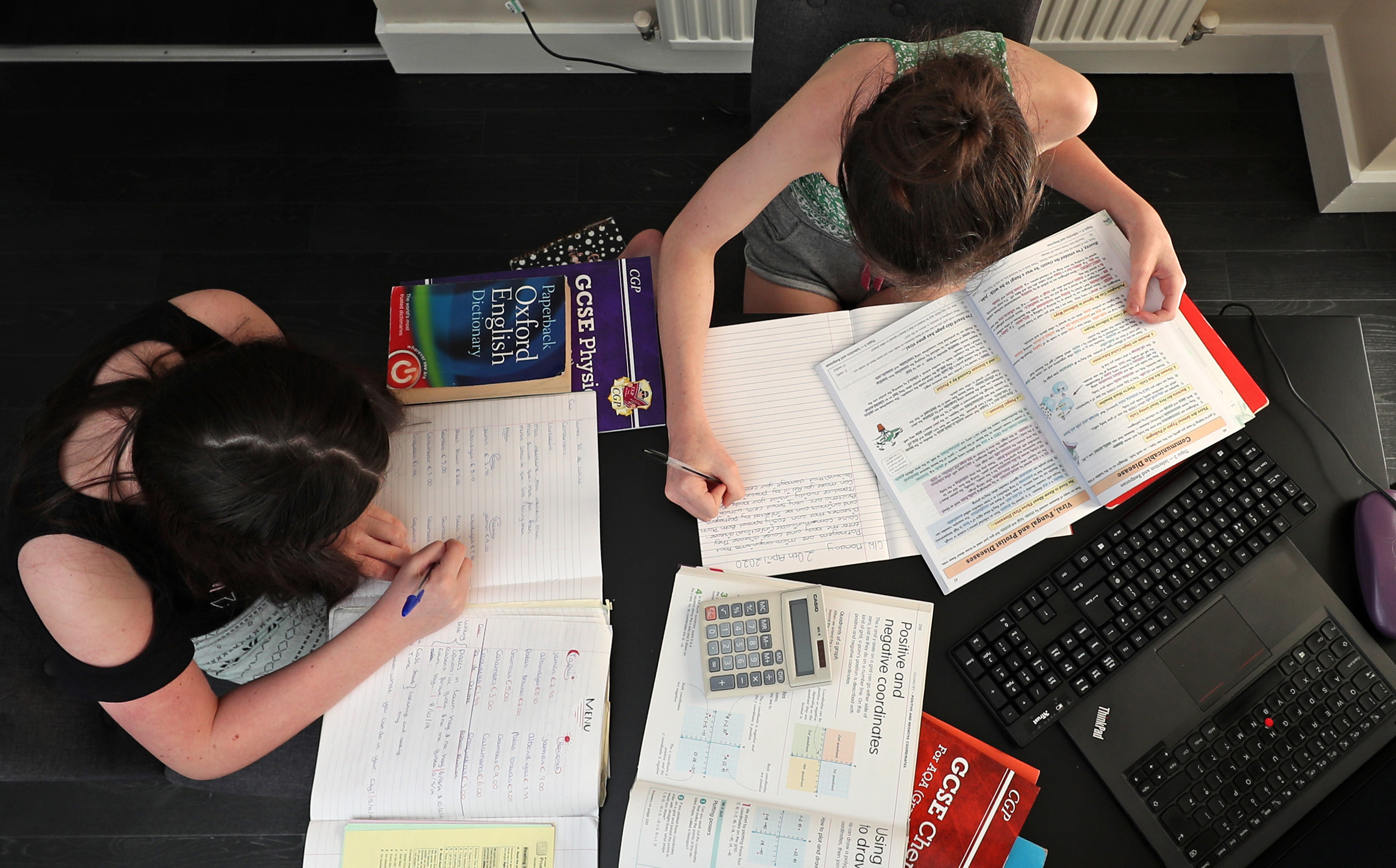 Which year groups will return first?

Reception, year one and year six are set to be the first year groups to return to schools after June 1.

How will social distancing work?

The Department for Education issued guidelines on May 11 on how schools should enforce social distancing – including limiting class sizes to 15 students.

The main points are

But union boss Kevin Courtney tweeted on May 12: "Education unions intend to work together.

Meanwhile, General Secretary of The National Association for Head Teachers Paul Whiteman told the Education Select Committee: "If social distancing is as we understand it now – the two metre rule to be applied in schools – there are very many schools that are saying it is simply impossible to achieve."

He said making sure younger year groups stay at least two metres apart from each other and their teachers and practice good hygiene such as hand washing will be particularly difficult.

Schools have been closed since March 18 – three days before the Prime Minister announced a nationwide lockdown. 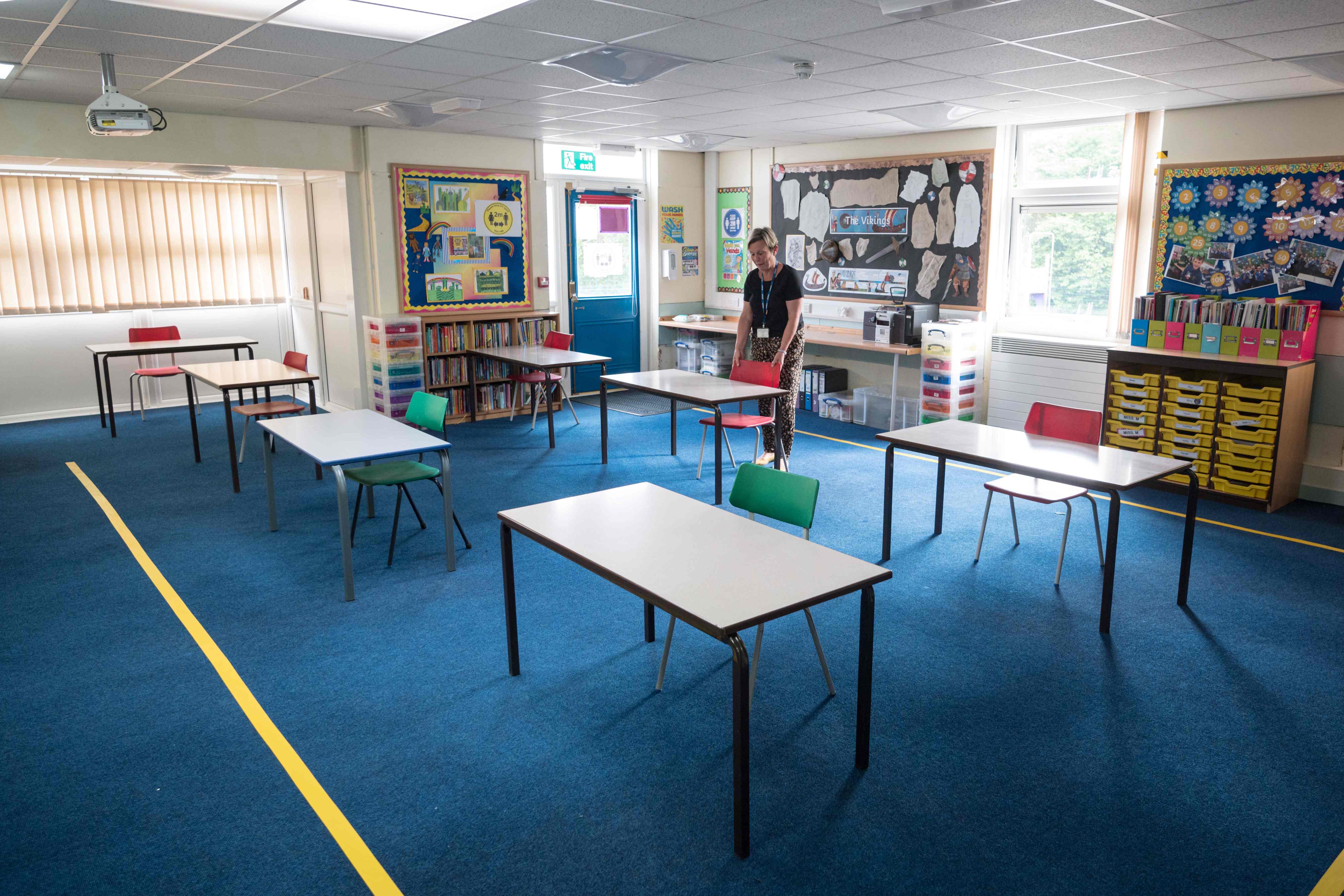 What other changes will schools see?

Schools are told to stagger lunch and break times, as well as drop-off and pick-up times, to reduce the number of pupils moving around at once.

It also said schools should look at bringing in a one-way system in corridors, or putting a divider in the middle to control the flow of kids.

Institutions are advised to remove all soft toys or any toys that are hard to clean.

Ministers admitted they cannot keep kids two metres away from each other all day, so each class will form a self-contained "bubble" so they don't mix with other kids at the schools.

For secondary schools and colleges, classes will be halved, the government said.

That means that classrooms and workshops will be rearranged "with sitting positions two metres apart.

"Where very small classes might result from halving, it would be acceptable to have more than half in a class, provided the space has been rearranged.

"Support staff may be drawn on in the event there are teacher shortages," the advice added.

Williamson said if scientific advice proposed a "limited number" of children could be sent back to school, it was his duty to allow this to happen. 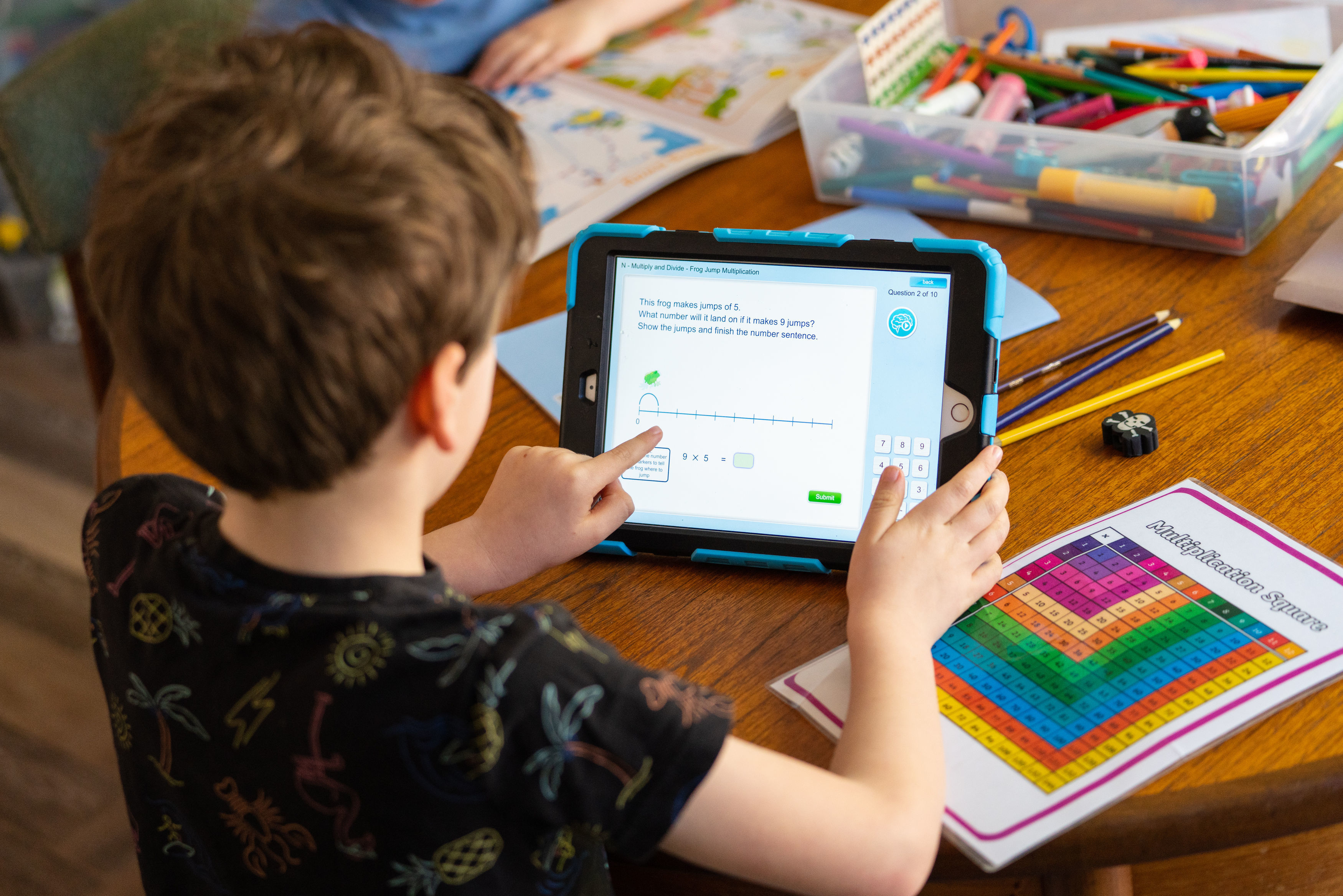 When did schools close and what has happened since?

The councils who have cast doubt on the Government plans

Will parents be fined for not sending children to school?

No10 has also confirmed that parents would not be fined if they chose to keep their kids at home over concerns for their safety.

A spokesman for No10 said: "While we will not penalise [parents] for keeping children at home, once children are eligible to return to school we will strongly encourage them to do so."

Dr Bousted urged the Government to meet tests set out by unions, which includes extra money for deep cleaning and personal protective equipment and local powers to close schools if clusters of infections break out.

Health Secretary Matt Hancock said on May 12 it was "completely natural" for parents to worry about sending their kids back to school.

No10 has also confirmed that parents would not be fined if they chose to keep their kids at home over concerns for their safety.