SIXTEEN guests were on a luxury "overnight experience" at Whipsnade Zoo when two bears were shot after breaking out of their enclosure and attacking a wild boar.

Zoo bosses have said they did not have time to tranquillise the powerful animals because they had become "unpredictable and aggressive" after they broke free. 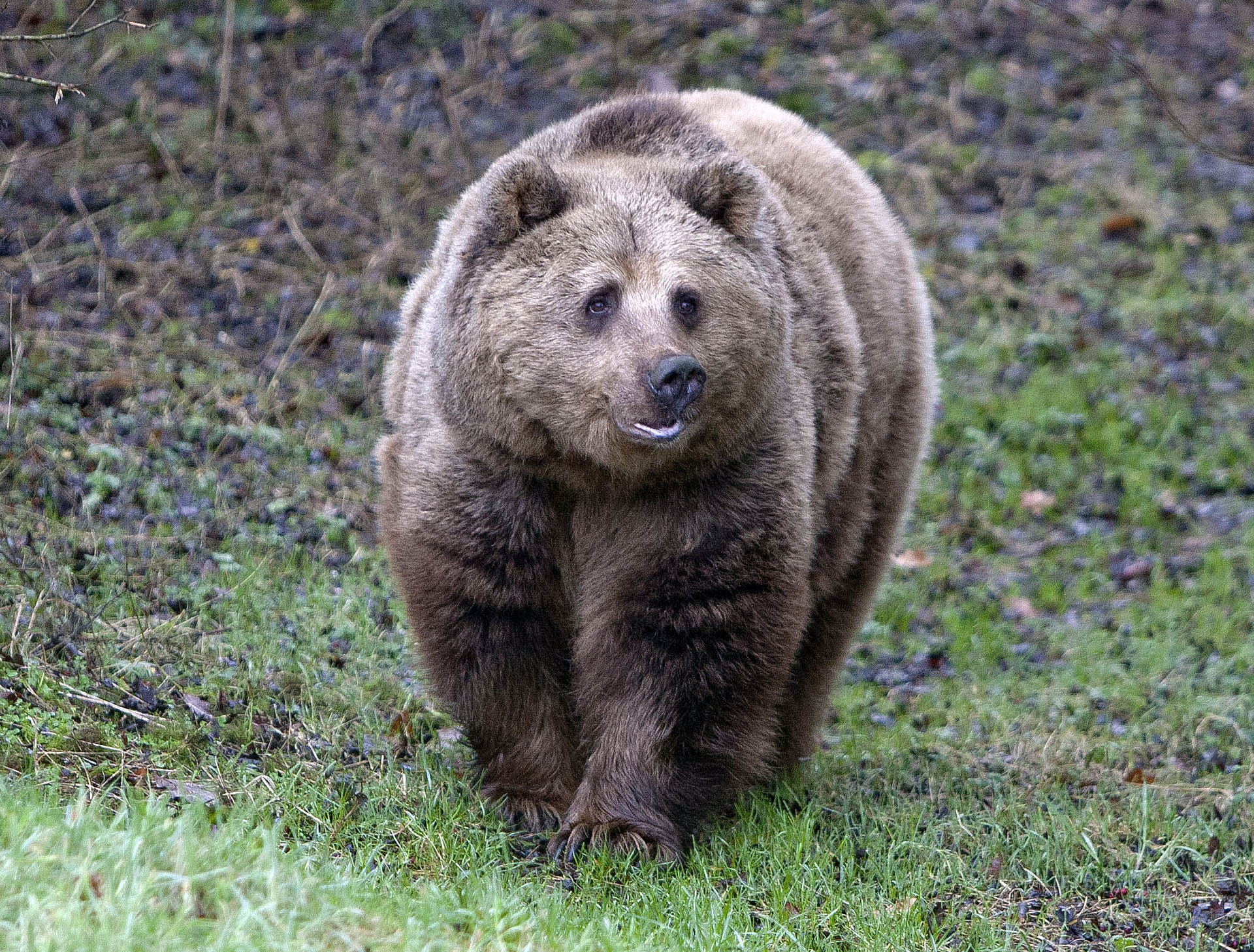 The two brown bears, named Snow White and Sleeping Beauty, got into a neighbouring enclosure on Friday morning by climbing over a fallen tree which had formed a "bridge" after it had come down in strong winds.

As well as attacking the other animals, the two bears could have escaped over a low fence in the boar enclosure, officials said.

The zoo told The Sun Online that the 600-acre facility near Dunstable in Bedfordshire was not open to the public at the time of the incident.

However, 16 guests were onsite for a £298"overnight experience" but they were "kept indoors" and well away while staff shot the bears. 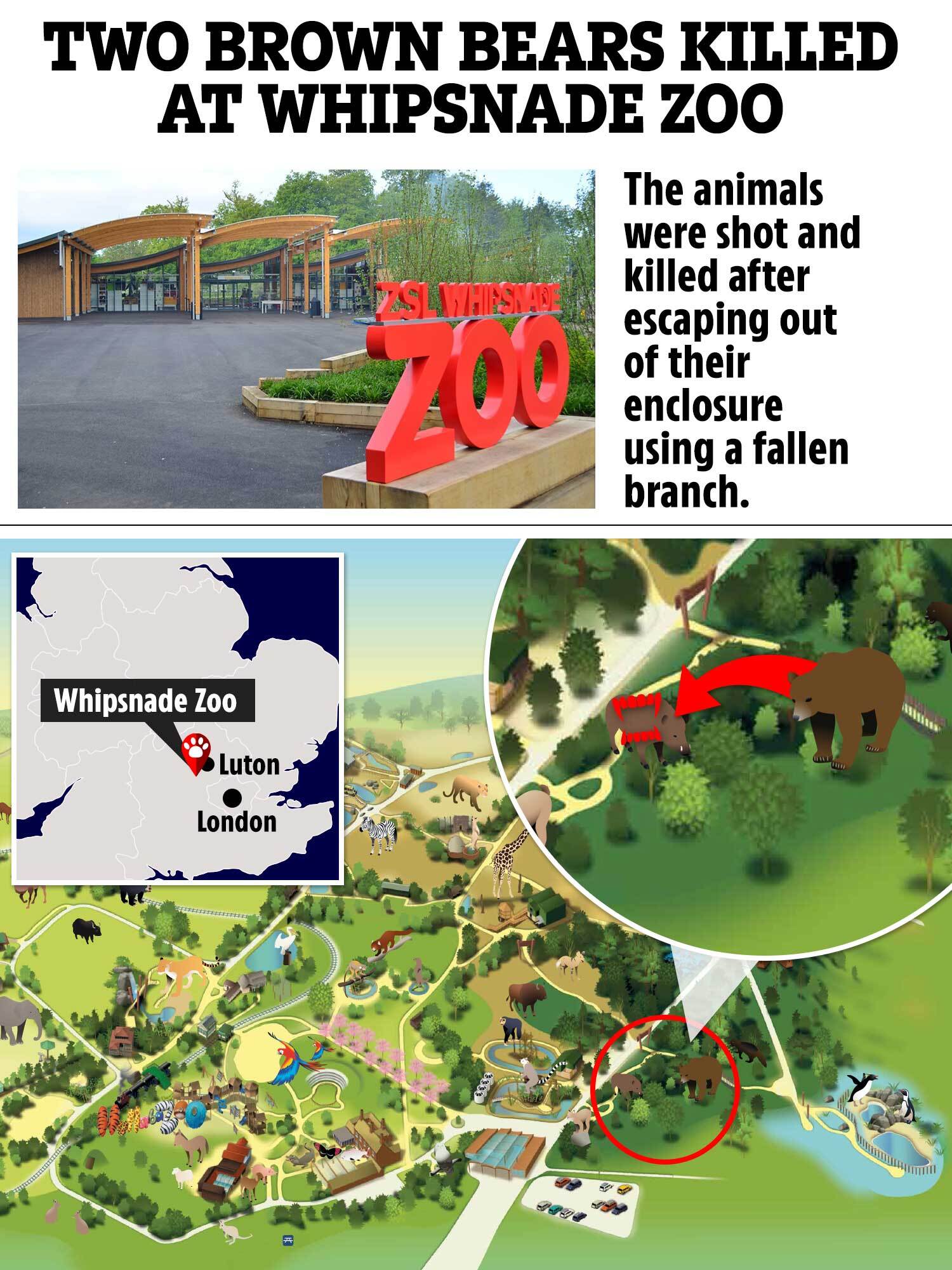 "We can therefore safely assume that the brown bears breached their enclosure sometime between 7.30am and 7.50am when the alarm was raised. The incident was contained by 8:10am.

"We had 16 guests onsite for our overnight experience, but they were on the other side of the zoo and kept indoors throughout."

Malcolm Fitzpatrick, the zoo's chief curator, said it can take "at least 20 minutes " for tranquilliser darts to work on such massive predators.

Mr Fitzpatrick said the two female bears had attacked a male boar and that it had been "an incredibly upsetting and difficult day".

He said: "As brown bears are strong and dangerous predators, our first priority is safety.

"We must quickly make decisions informed by our experience and expertise to protect our people, guests and our other animals."

He said zookeepers "agreed the only option was to euthanise the bears," adding: "When there's an immediate threat to human life, the decision is made for you."

He said tranquillisers could not be used, as they would have taken 20 minutes to take effect, "during which time the animals can become unpredictable and aggressive as adrenaline is coursing through them".

"I expect some of you may read this and wonder why we didn't use a tranquilliser to sedate the bears, and the short answer is that it simply wouldn't have worked," Mr Fitzpatrick said.

The boar, which was attacked, was treated by a vet and is currently under observation. 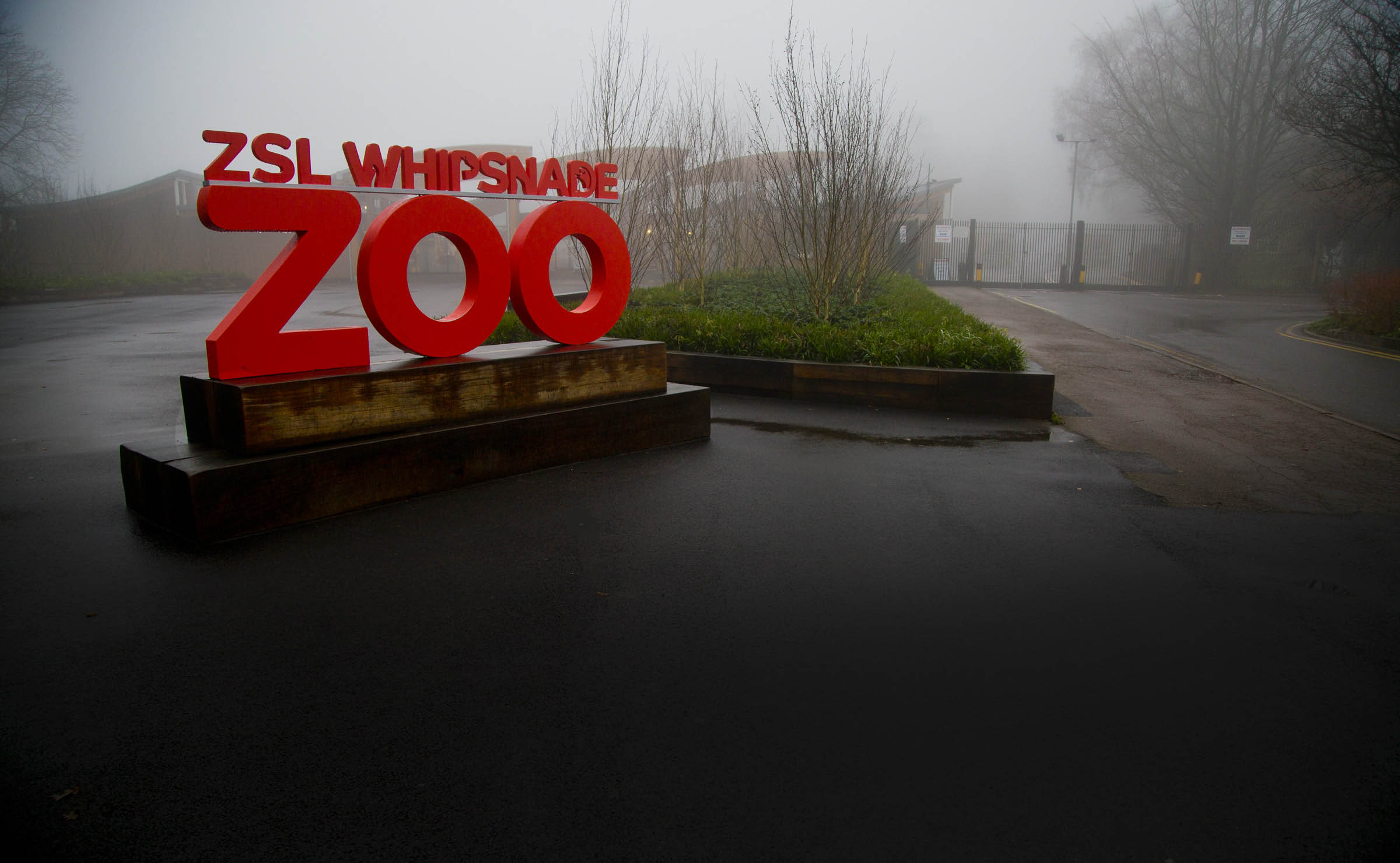 A third brown bear called Cinderella, which had not left her enclosure, was called to an indoor den and secured after the ordeal.

The fallen tree which the two brown bears used to escape was then removed.

However, some social media users and animals rights activists have slammed the zoo for shooting the animals.

One tweeted: "Surely it was known to the architects of the zoo that strong wind can bring down trees and they took no preventative measures when designing them. Shame on them and shame on Whipsnade Zoo.'

Mr Fitzpatrick said there would be a full investigation into the incident.

He added: "This situation is something we train to deal with through regular, rigorous drills – but one that we always hope we'll never have to face.

"I'm devastated by the outcome of this morning's incident, but I'm confident that our actions prevented any further loss of life."