So who did the US President fire and who quit? Here's everything you need to know. 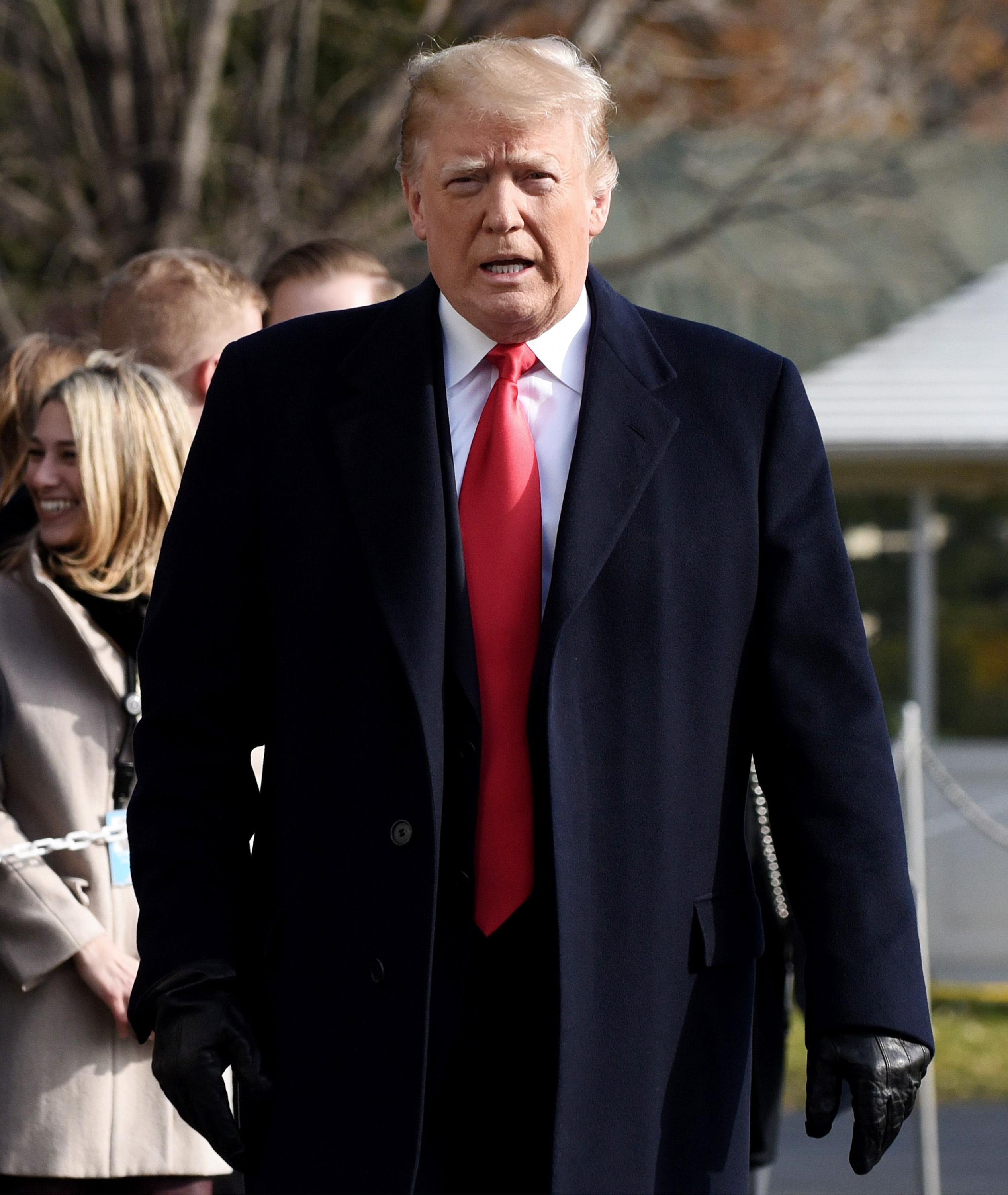 Who has Donald Trump fired?

The seventh director of the FBI was fired by Trump on May 9 2017.

His dismissal was one of the most controversial under Trump's presidency.

Comey had been leading the investigation into Trump's possible collusion with Russia to influence the result of the presidential election.

Trump sent a termination letter which said the action was recommended by Attorney General Jeff Sessions and his deputy Rod Rosenstein, however he later gave a variety of other reasons to validate his decision.

Former FBI Director Robert Mueller was appointed as special counsel to lead the investigation into Russian collusion after Comey's dismissal.

The acting US attorney general was fired after she wrote a letter instructing officials not to enforce the president's executive order banning entry for citizens from seven Muslim-majority countries.

Trump said Yates had "betrayed" the justice department by refusing to enforce an order "designed to protect citizens of the United States".

Dana Boente was drafted in to replace Yates, who had been appointed by Barack Obama.

Although it led to a swift dismissal, Yates' decision to block Trump's order gained her approval from immigration activists and Democrats, who condemned the dismissal.

Some compared the move to the 1973 "Saturday night massacre" when Richard Nixon sacked Archibald Cox, the special Watergate prosecutor. 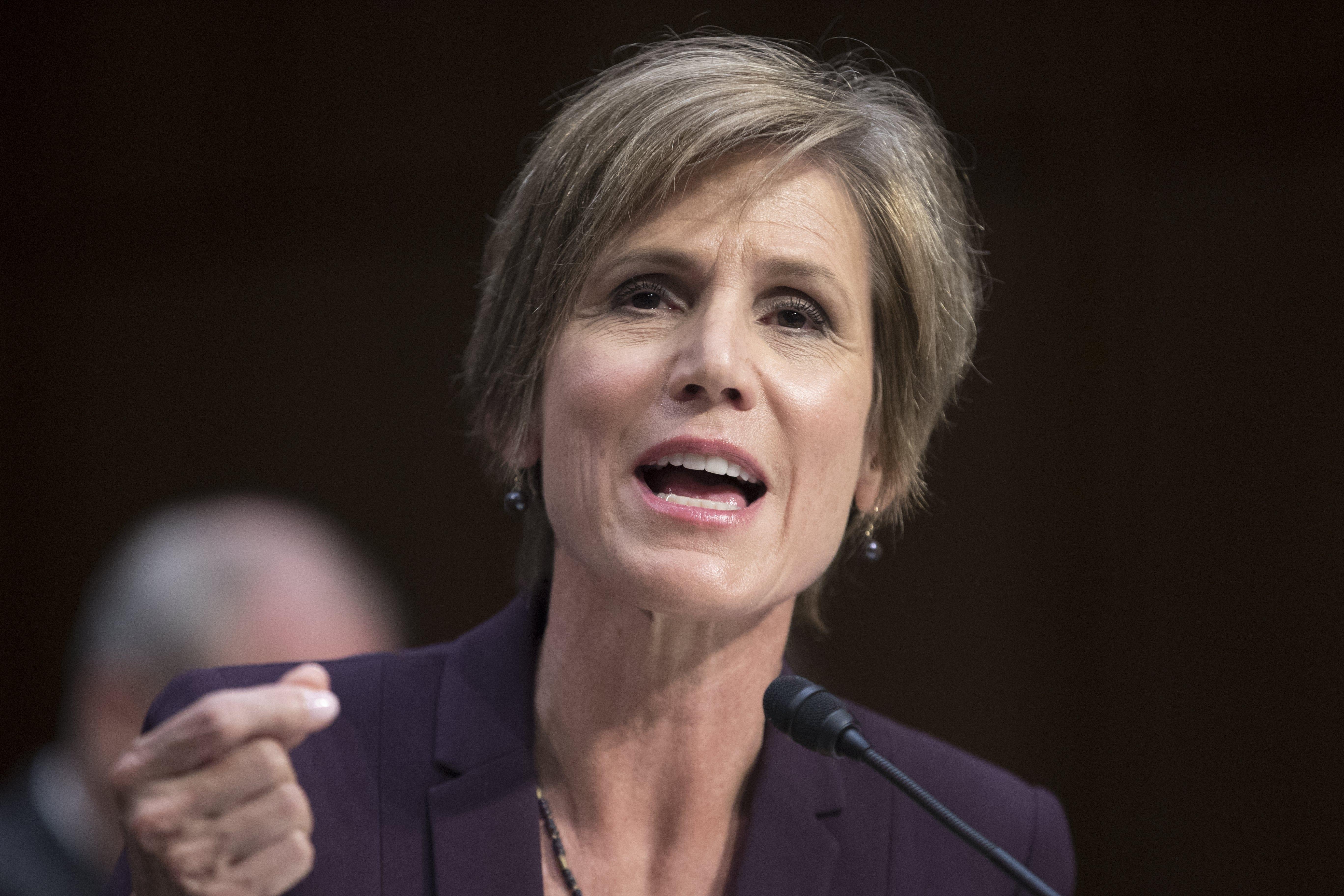 The US attorney was fired after refusing Jeff Sessions' order to resign in March 2017.

All Obama-appointed attorneys were ordered by the attorney general to resign.

Bharara was one of America's most high-profile prosecutors who made a name for himself taking on Wall Street corruption, terrorism and political malfeasance.

He sent both the Democrat speaker and Republican majority leader of New York state to prison.

Bharara called the role "the greatest honour of my professional life" on Twitter after his dismissal.

He also claims President Trump tried to contact him many times and believes he was fired due to his refusal to take the "inappropriate" phone calls. 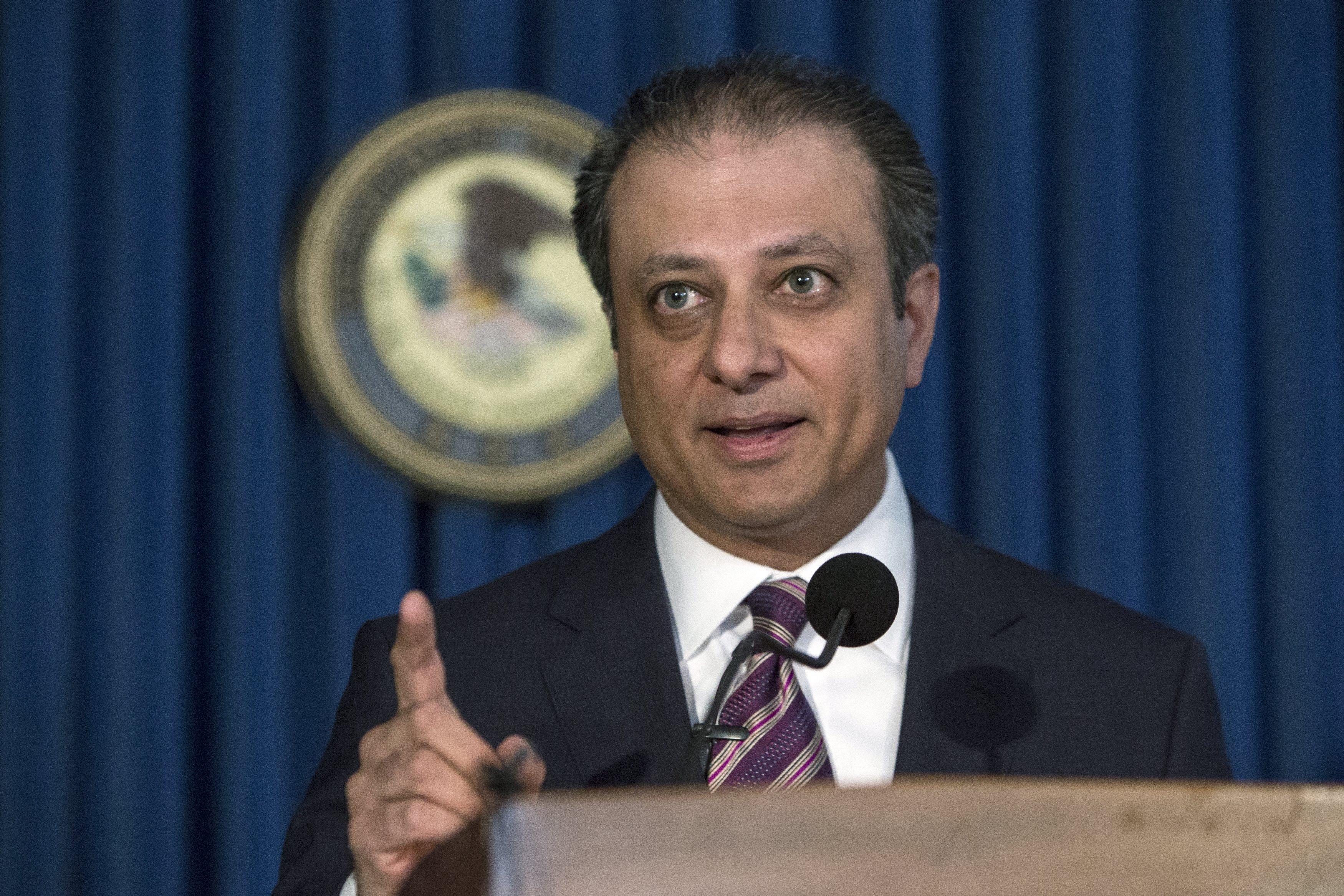 After only 11 days as the White House communications director, Anthony Scaramucci was let go.

His appointment in July 2017 was controversial – causing the resignations of Chief of Staff Reince Priebus and spokesman Sean Spicer.

Scaramucci launched a strongly-worded attack on Reince Priebus a week into his role and called him a "paranoid schizophrenic" to a reporter.

Later that week his wife filed for divorce, sick of his "naked political ambition" after he missed the birth of his son while on Air Force One with the president.

When John Kelly was appointed new Chief of Staff in the next few days, it took a matter of hours for Scaramucci to be dismissed.

The White House said: "it was best to give him a clean slate and the ability to lead his own team". 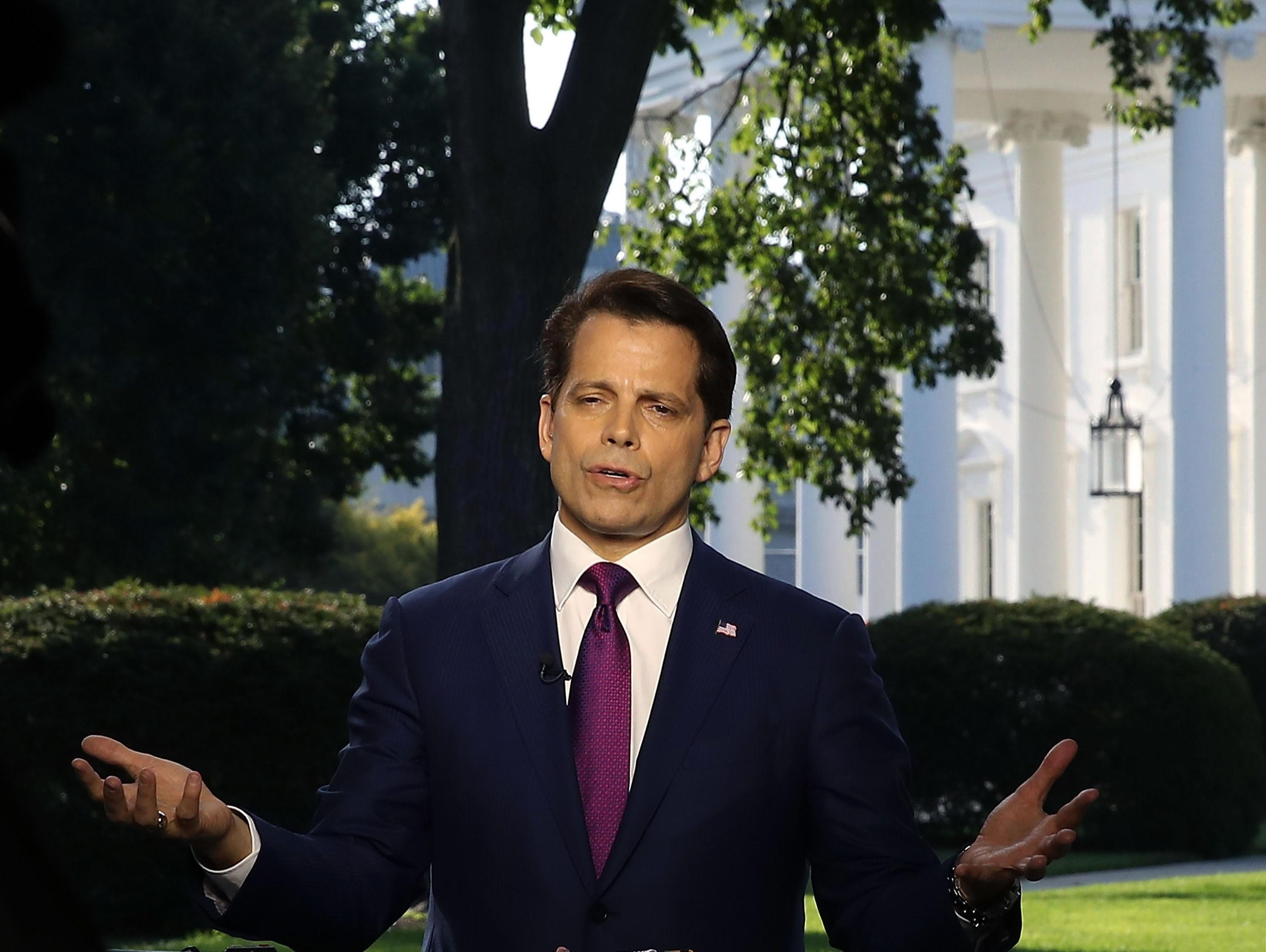 Fired by Trump back in August 2017, the former Goldman Sachs financier was employed as campaign manager in 2016.

At the time Bannon, known for his far-right stance, was described as "the most dangerous political operative in America".

He wanted Trump to pursue a populist path and pushed for the campaign to paint Hilary Clinton as corrupt.

Bannon was reported to have "undermined Trump's ego", infuriating the president, in the days leading up to his dismissal.

Trump has since said that Bannon "cried when he was fired and begged for his job".

The president's lawyers also accused Bannon of breaking his employment and defaming him. 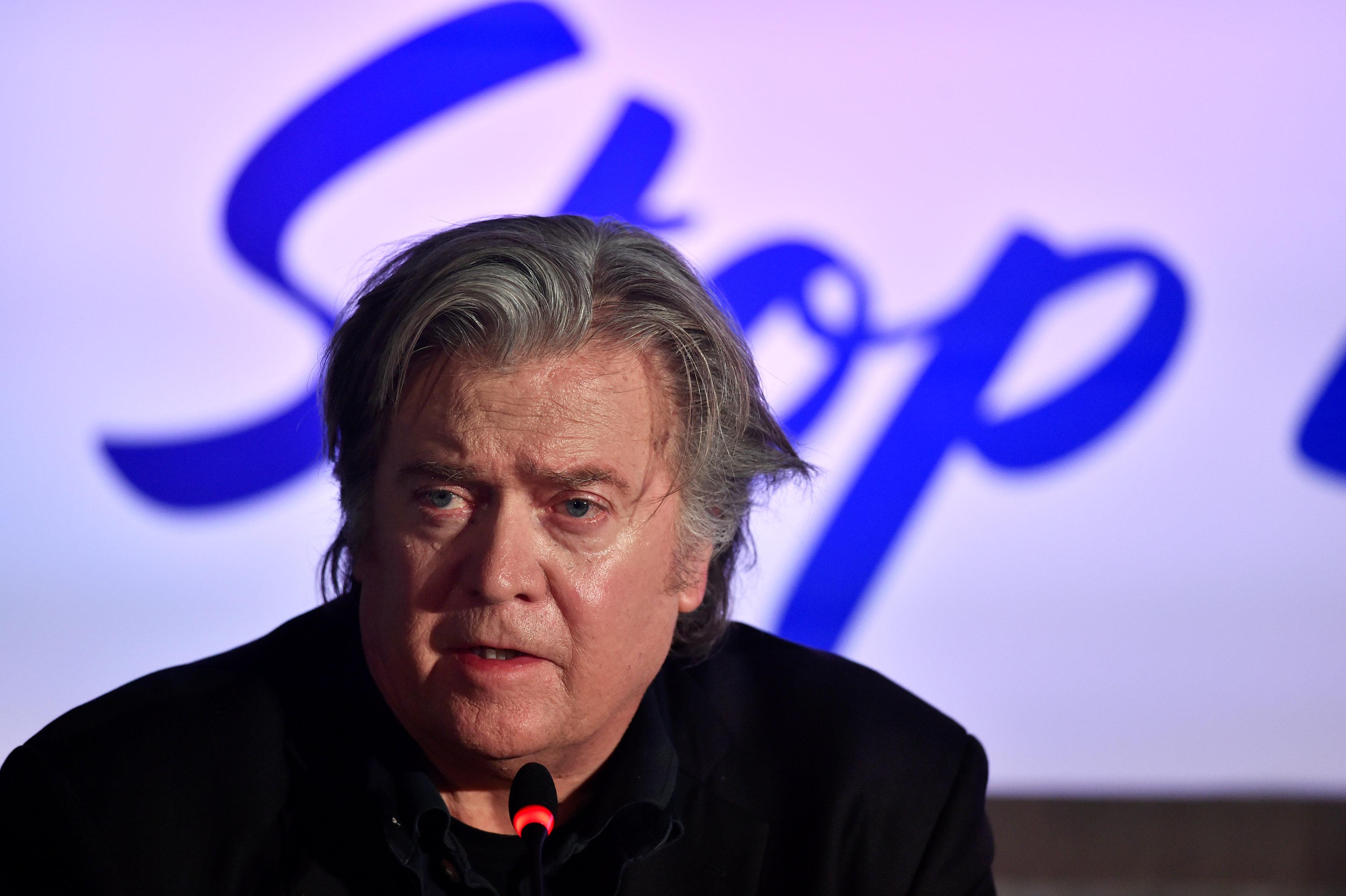 US Secretary of State Rex Tillerson was ousted from the White House in March and was replaced by CIA director Mike Pompeo.

He had just returned from a trip to Africa when the announcement was made.

His dismissal followed a move away from the White House's stance on Russia, when Tillerson commented on the UK investigation into the poisoning of Russian spy Sergei Skripal.

Trump had begun to clash with Tillerson and he made the move to cut him before his meetings with Kim Jong-un. 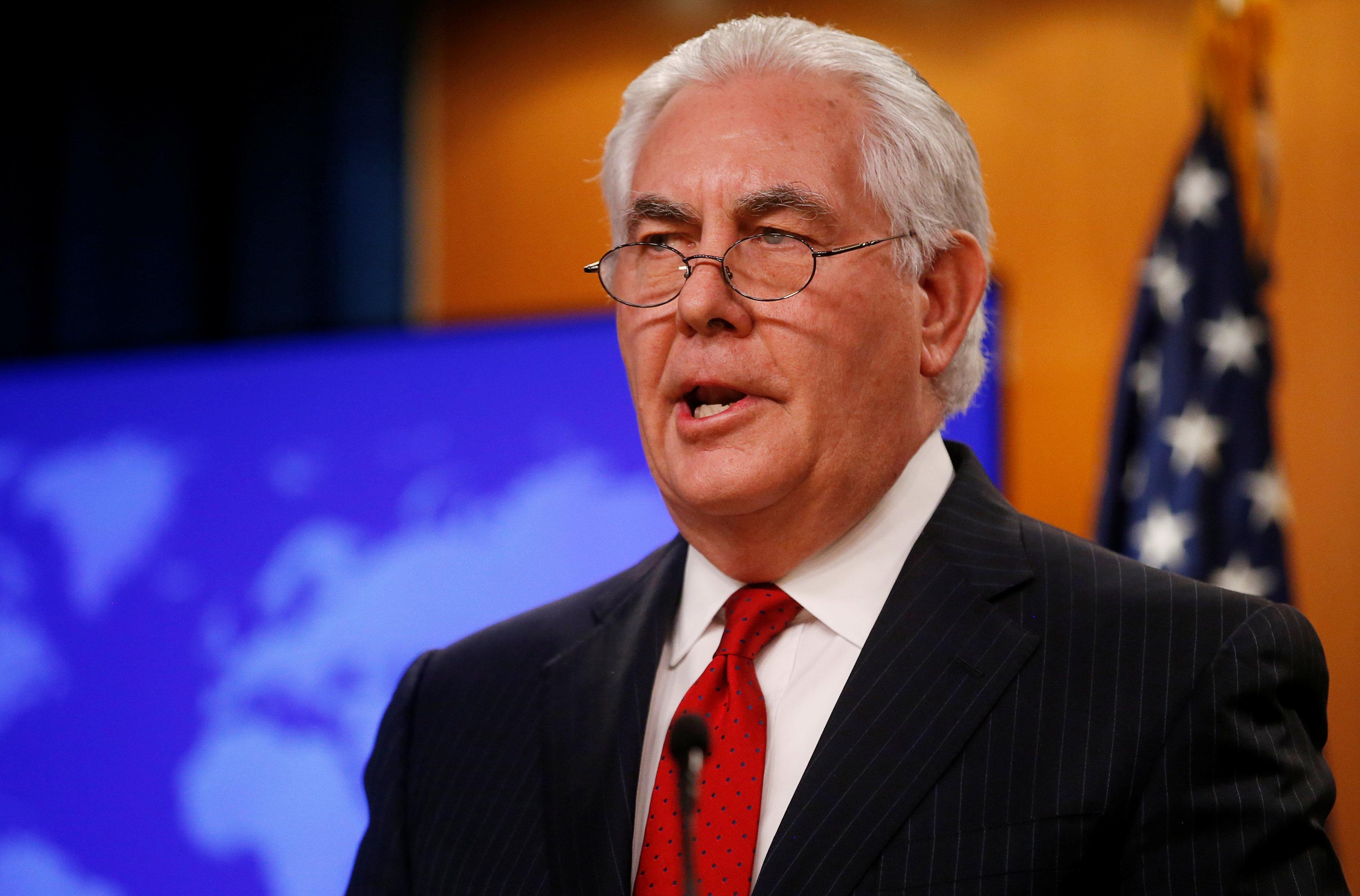 It was another move by Trump to amend his administration before meetings with Kim Jong-un took place.

An Army lieutenant general, McMaster had been seen as a key player in Trump's negotiations with North Korea, but yet again a lack of support for Trump regarding Russian collusion suspicions led to a sacking.

He said in a statement by the White House he would retire from the military in the summer.

He took his wife on a business trip to Europe and improperly accepted tickets to Wimbledon.

Admira Ronny Jackson would be hired as his replacement.

Who has resigned from Donald Trump's administration?

The US ambassador to the United Nations resigned at the end of last year after two years in the role.

It is said to have been an amicable departure and she spent half an hour with Trump before they made the announcement.

Haley is thought to have said officials shouldn't spend too long in their positions as her only reason for resigning.

She has insisted she has no intention of running for president in 2020.

Hayley is said to have told Trump she intended to take some time off prior to the announcement but she is expected to come back into politics in the future. 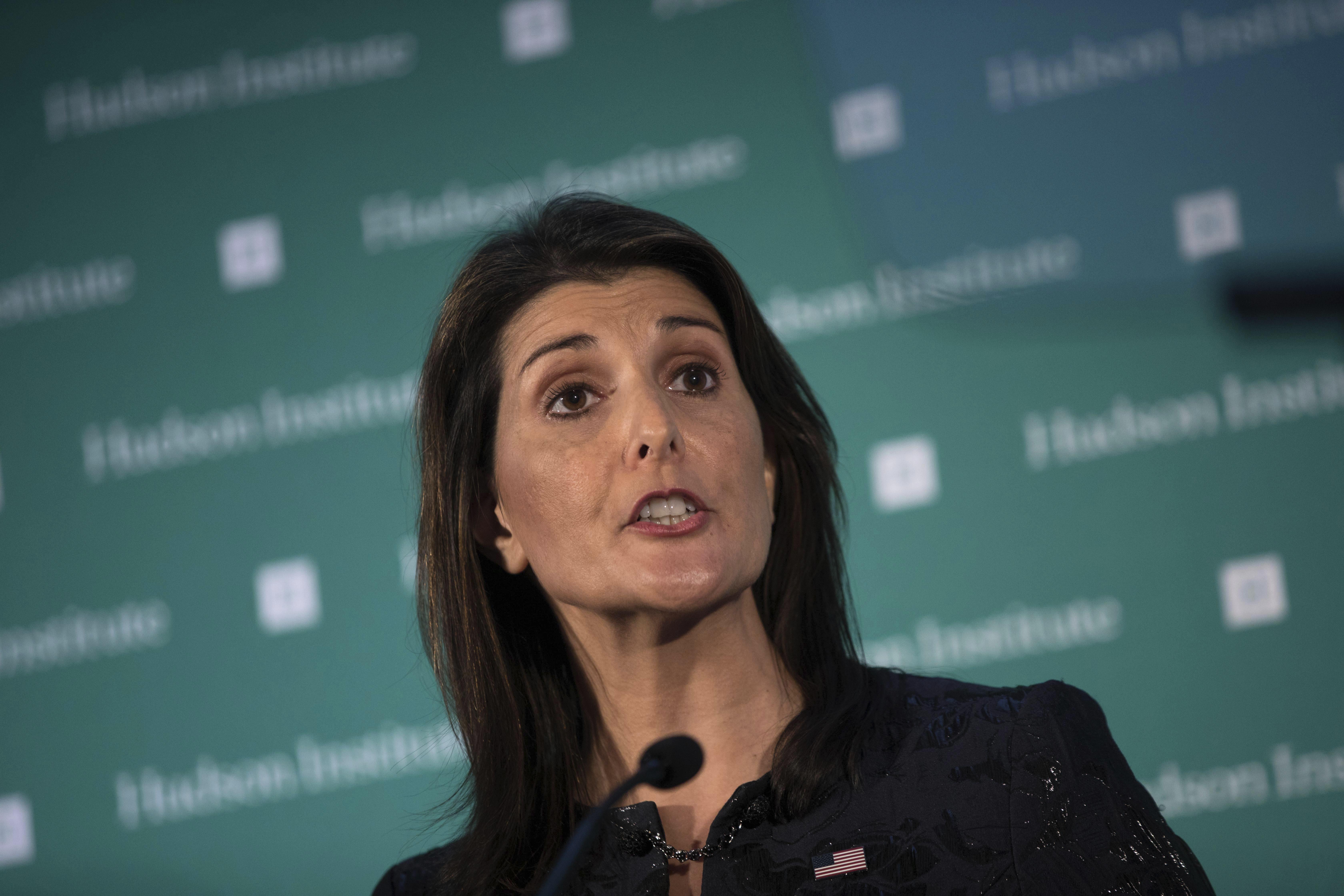 The national security adviser resigned in February after it came out that he had discussed US sanctions on Russia with the Russian ambassador to the US.

He then lied to Vice President Mike Pence about the conversation that took place.

Sally Yates said he was in a compromised position following the conversation with the Russian ambassador and had left himself open to blackmail.

Flynn resigned after less than one month in office.

He made a plea deal admitting a senior member of Trump's transition team directed him to make contact with Russia.

His guilty plea made him the most senior member of Trump's administration to be indicted. 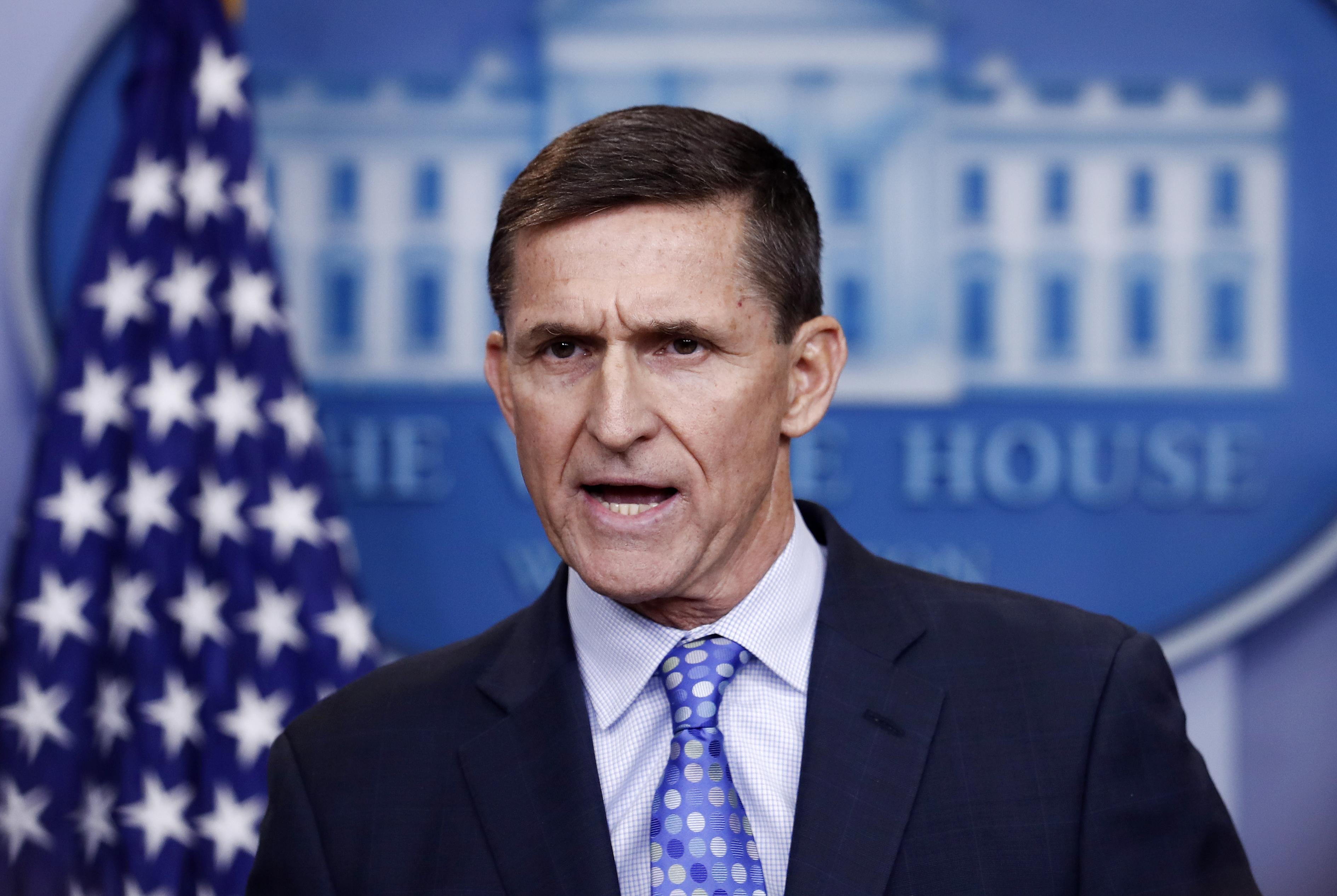 The head of the US Office of Government Ethics resigned in July 2017.

He served in the administrations of both Barack Obama and George W. Bush and had been very critical of Trump and his conflict of interest as a business owner.

He said: "In working with the current administration it has become clear to me that we need improvements to the existing ethics programme."

In May 2017 Michael Dubke resigned from his position of White House communications director.

He wrote in an email:  "The reasons for my departure are personal, but it has been my great honor to serve President Trump and this administration".

The White House had received vast criticism for its communication strategy in the lead up to Dubke's resignation, in particular differences between Trump and his press team.

Resigning from Chief of Staff in July 2017, the former chairman of the Republican National Committee had experienced a power struggle with Anthony Scaramucci.

It came after Scaramucci publicly spoke ill of Priebus and accused him of leaking information to the media.

His departure was announced via Twitter and he was replaced by John Kelly.

It is said Trump lost confidence in Priebus after he failed to to pass legislative items through congress.

He was an experienced Republican operative and told friends that if Scaramucci, a Wall Street trader with no Republican Party credentials and no experience, was appointed he would resign.

Spicer was repeatedly mocked by Melissa McCarthy on Saturday Night Live and it had a terrible effect on his reputation. 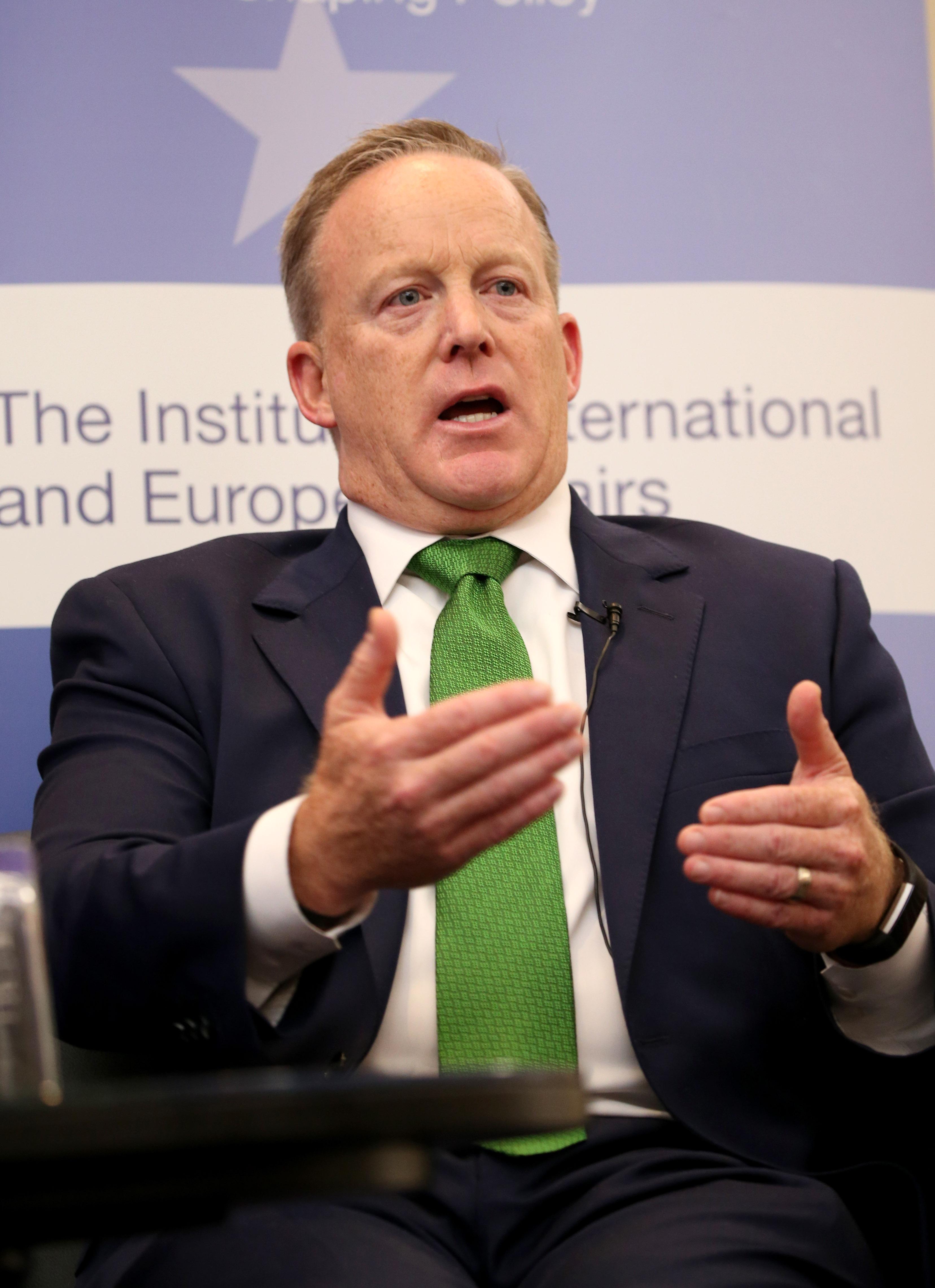 Scaramucci said he had plans to get rid of Short.

His departure was a warning to people leaking to the press, and supporters of Priebus.

Short said: “Allegations I ever leaked anything are demonstrably false".

Gorka is reported to have resigned as he felt Trump cited "forces" that didn't support the "Make America Great Again" agenda.

The right-wing British deputy assistant to the president quit his role in August 2017.

Gorka had been pictured wearing a medal presented by an order that was "under Nazi control" during the Second World War.

This led to calls for his departure, while he denied accusations that he had ties to a Nazi-linked Hungarian group with blatant anti-Semitic views. 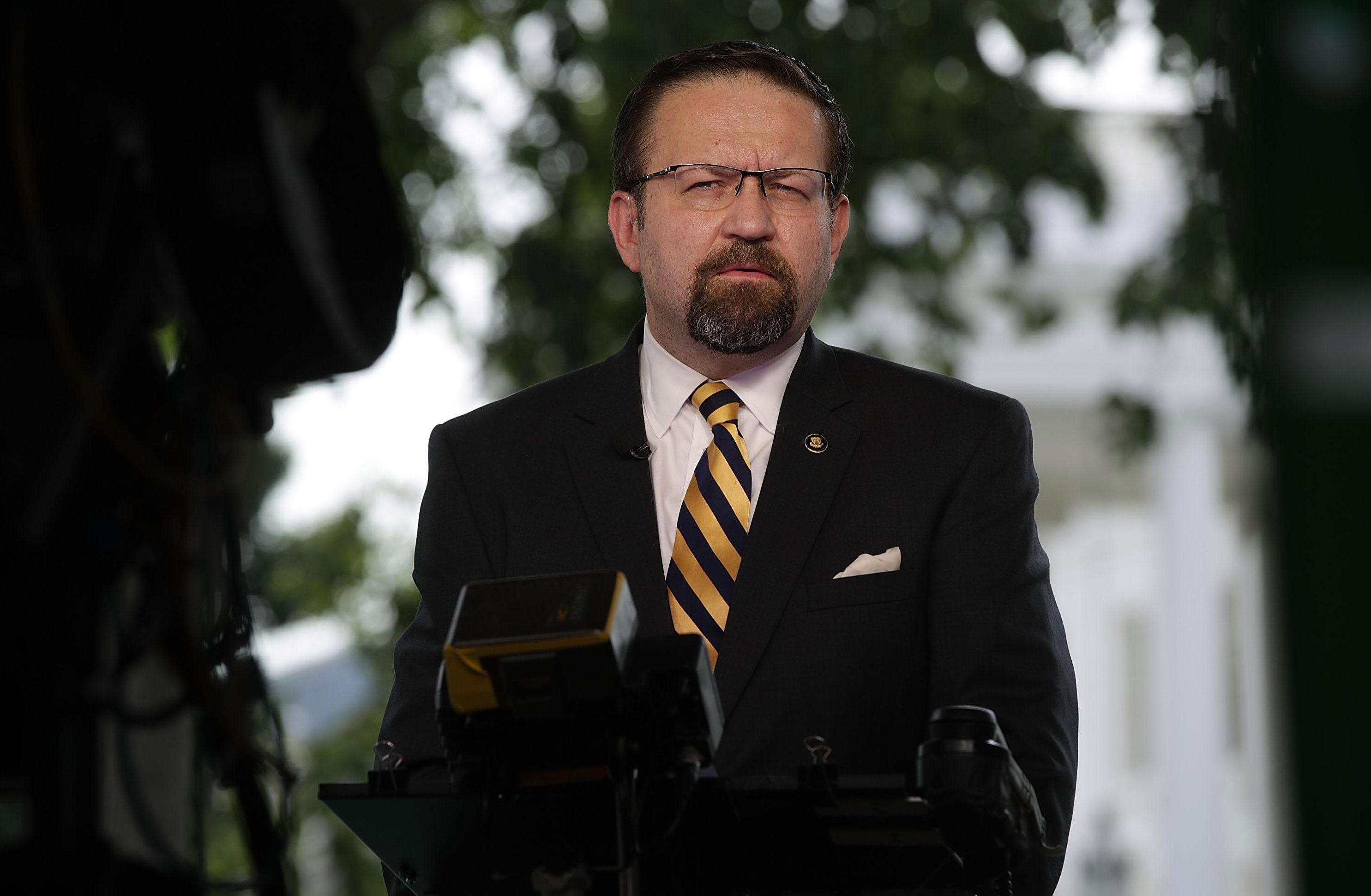 Another victim of travel controversies, Tom Price resigned from the position of Health Secretary in September 2017.

Price had been a key player for Trump to reverse Obamacare and it was a knock-back for the president when he resigned.

A former Apprentice contestant, Manigault resigned after seeing things that made her "very uncomfortable" and "unhappy" under the president.

She resigned after reportedly having a huge argument with John Kelly, Chief of Staff, at a Christmas party.

Manigault is said to have sworn at Kelly.

She was one of Trump's most senior African American aides.

There have been claims she was unhappy with Trump's stance on Charlottesville and Roy Moore, which she has not denied.

The FBI director was heavily criticised by Trump and announced he was stepping down in January.

McCabe waited a waited two months to leave his position so he would be eligible for retirement benefits.

He was accused of political bias by the president due to his wife running for a Virginia state senate seat for the Democrats. 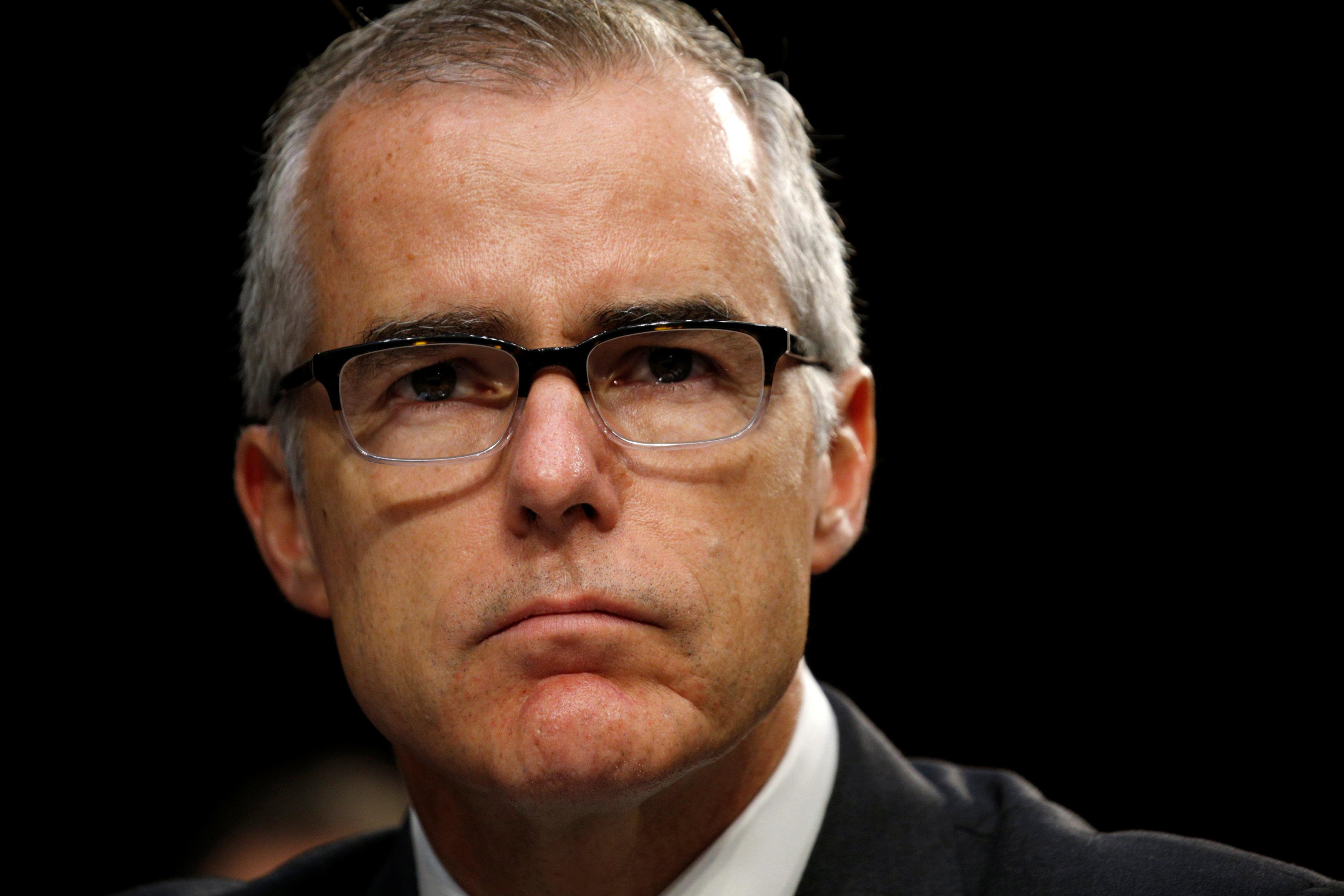 After being accused of domestic abuse by former partners Rob Porter resigned from the position of White House staff secretary.

The Daily Mail published a protective order from Porter's second wife as well as photos of his first wife with a black eye.

He was accused of punching her but called the accusations "outrageous" and "simply false".

Pictures of him on what appeared to be a date with Hope Hicks, a former model and Trump's communications director, thrusting him into the spotlight after remaining in the shadows for the most part. 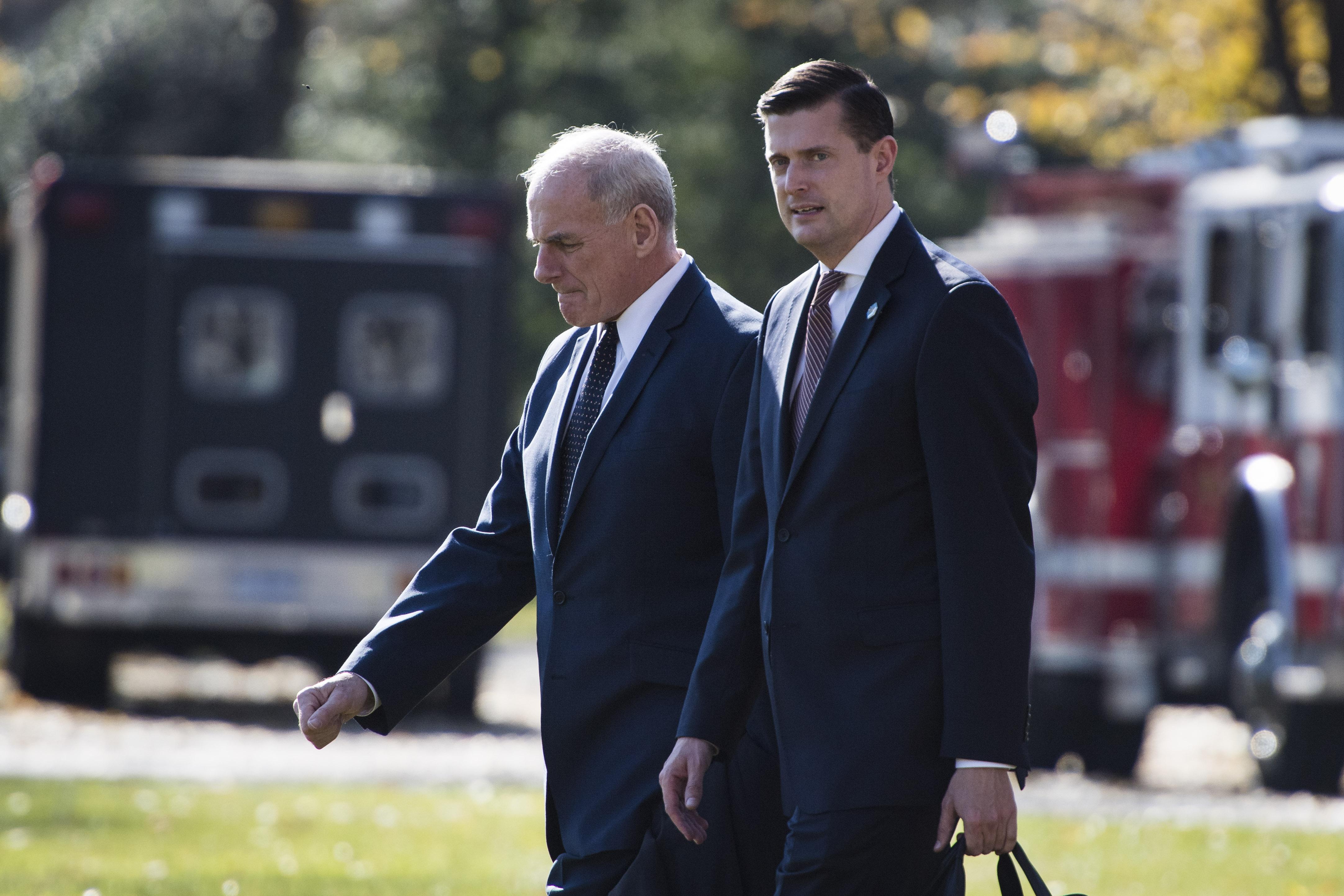 The White House speechwriter was also accused of domestic abuse by his ex-wife.

She said he was violent and verbally abuse during their two-year marriage.

He stepped down from his position after this, "to avoid causing a distraction" and denies the accusations.

The former model was one of Trump's most trusted and longest-serving aides as White House communications director.

She unexpectedly and suddenly quit her position in March, leaving Trump shocked.

He had little support at this time as Hicks' departure followed a string of multiple high profile exits.

Hicks was the fourth person to hold the role since Trump's presidency began.

The top economic adviser announced his resignation in March after falling out with Trump over trade policy.

Cohn was the director of the National Economic Council and opposed the president on tariffs on imports of steel and aluminium.

Trump resisted his attempts to reverse the tariffs.