WILLIAM Asa Hutchinson II has been the governor of Arkansas since 2015. 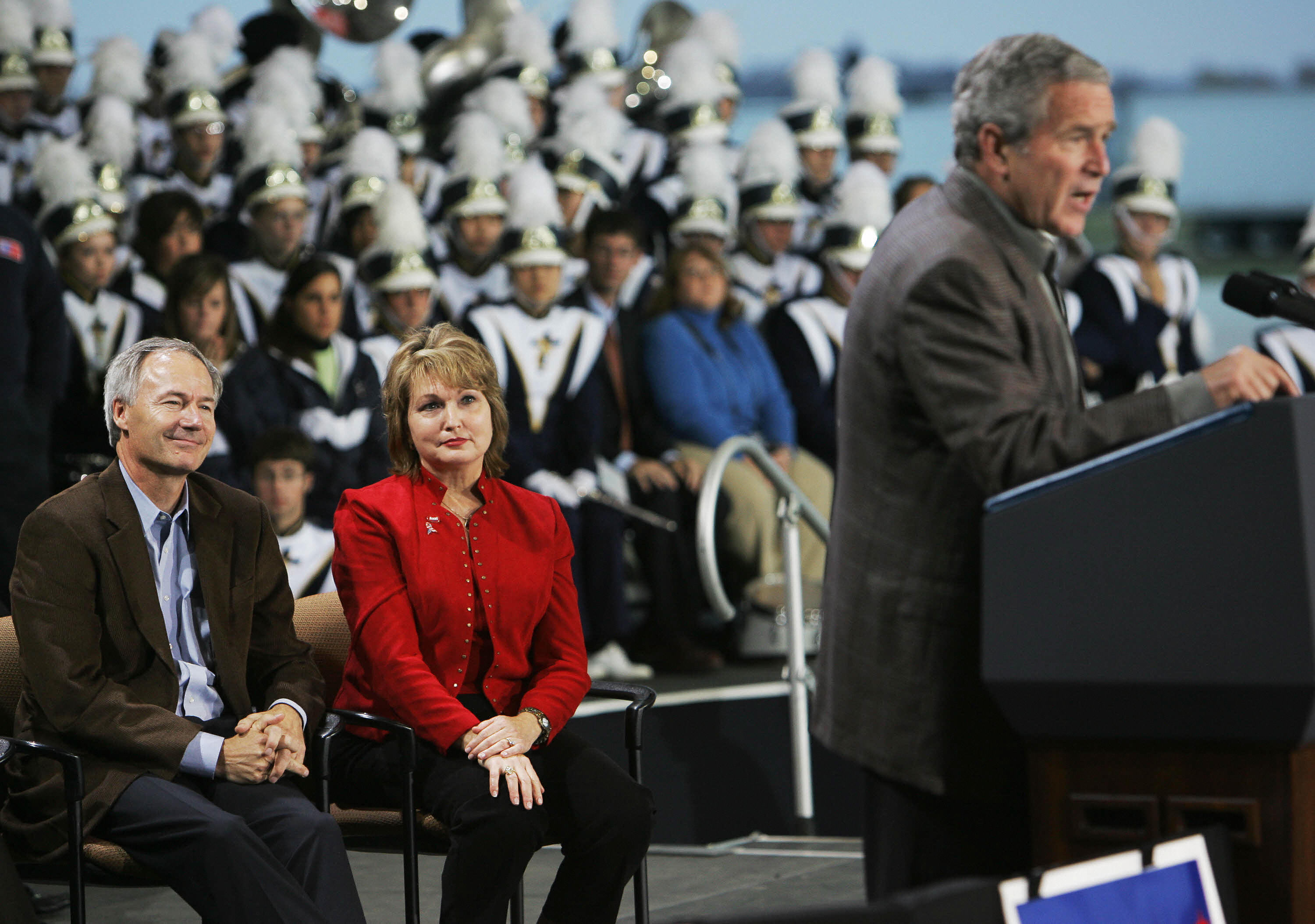 Outside of being the wife of Gov. Hutchinson, she has been a lifelong advocate for children and worked as a schoolteacher on the board of the Children’s Advocacy Center of Benton County.

In high school, Burrell had planned on becoming a doctor but chose to teach instead so she could make her relationship with Gov. Hutchinson work.

After graduating college, Gov. Hutchinson moved to Fayetteville to get a law degree while his soon-to-be-wife got a teaching job in Memphis to stay close.

"I only went halfway," she told the Northwest Arkansas Democrat-Gazette back in 2015. "He was pretty impressed. He liked that."

"That's right," Gov. Hutchinson added in. "I had determined I was going to get out of school scot-free and unattached. Life had a different path, and when she got to Memphis, everything changed."

Aside from playing a role in countless organizations over the years, Burrell has also provided optimal support for her husband's political career.

"She's played an essential role every step of the way, both in terms of being on the campaign trail as needed, but also working on keeping a strong family throughout all those challenges," the governor said.

"There are not many wives, if any, that would go through the political campaigns and challenges that we have faced and still be excited about the future opportunities."

Why is Gov. Asa Hutchinson trending?

Gov. Hutchinson started trending in August 2021 after he made a public statement that he regretted signing a ban on mask mandates in schools during the COVID-19 pandemic.

“Well, I signed it at the time because our cases were at a very low point. I knew it'd be overridden by the legislature if I didn’t sign it … I already eliminated our statewide mask mandate,” he said in a press conference on Tuesday, August 3, 2021.

"I signed it for those reasons that our cases were at a low point. Everything has changed now. And yes, in hindsight I wish that had not become law,” he continued.

As Covid-19 cases rise due to the Delta variant, Gov. Hutchinson has asked the legislature to reverse the decision. 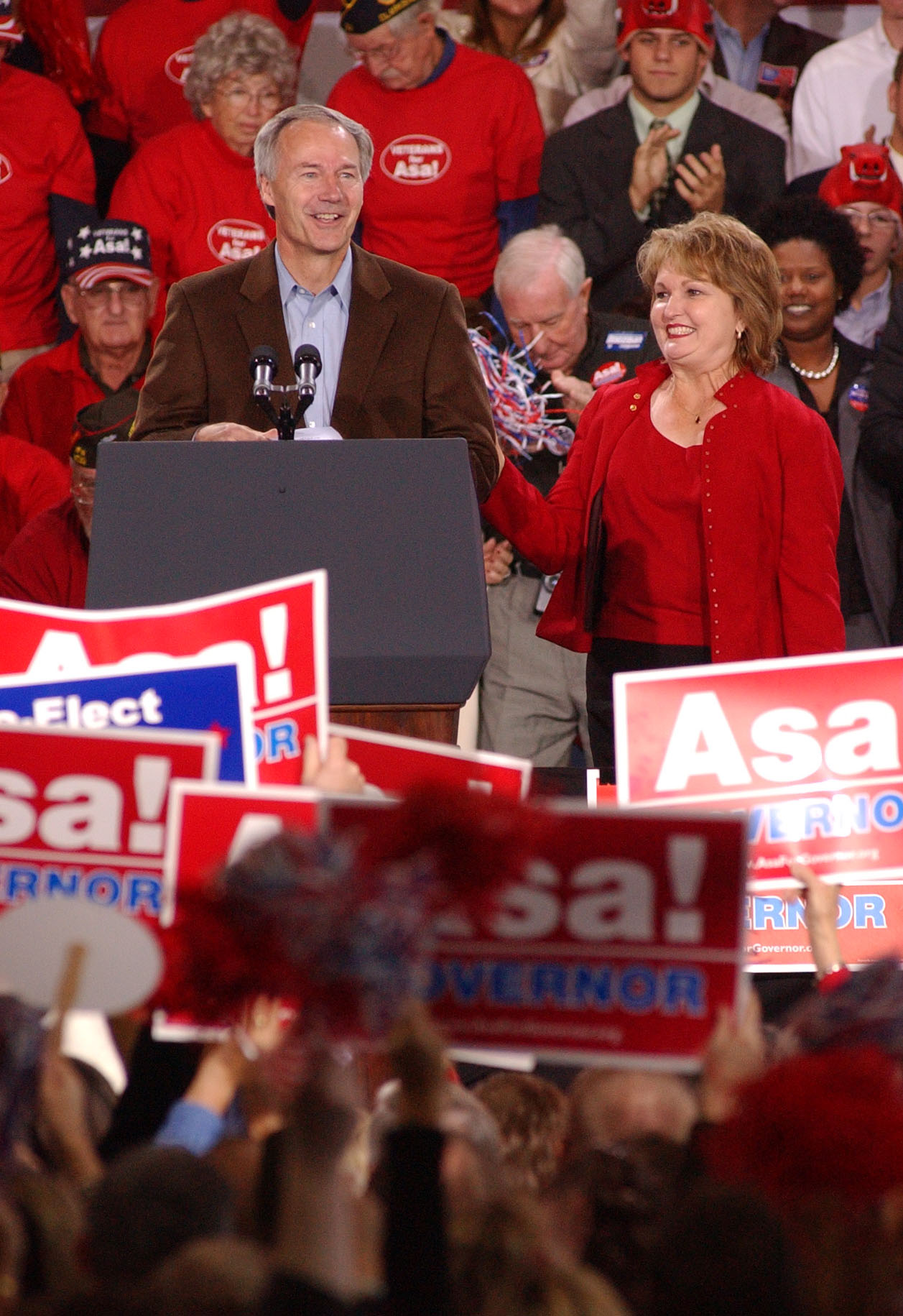 Do Gov. Hutchinson and his wife have children?

Throughout their 48 years of marriage, the Hutchinson's had four children together, Asa III, Seth, Sarah, and John.

Asa III went on to follow in his father's footsteps and got his law degree from the University of Arkansas.

He is a former federal prosecutor, U.S. Patent and Trademark Office attorney, and civil litigator.

Seth became a union organizer in Austin, Texas, and is known for disagreeing with some of his father's views despite their close relationship.

"I love my dad, and we have a good, close relationship,” Seth told the New York Times back in 2015. “But we disagree a lot on political issues … but a lot of families disagree politically. But we stay close.”

Not much additional information is available on Gov. Hutchinson's other children.