DOCTOR Aruna Khilanani has been getting slammed on social media after claiming she had fantasies of "unloading a revolver into the head of any white person that got in my way."

The New York psychiatrist’s comments were presented at Yale's Child Study Center on April 6 as she was leading a lecture. 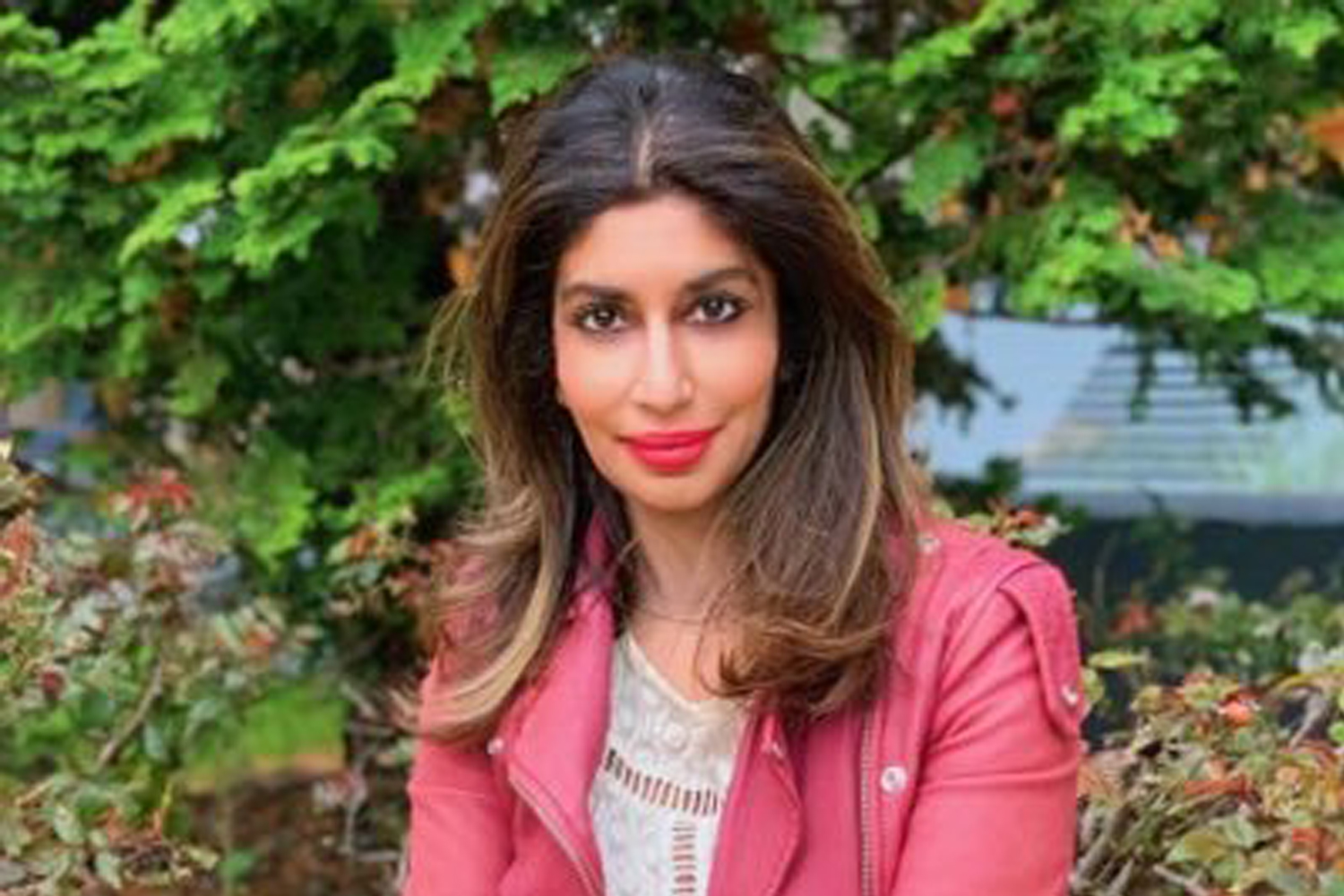 Who is Dr. Aruna Khilanani?

Dr. Aruna Khilanani is a forensic psychiatrist and psychoanalyst with a practice in Harlem, New York.

According to her website, she says she is “interested in people who feel they are outsiders for various reasons.”

Additionally, she regards her office as the “meetpoint” writing: “The meetpoint is a humble sanctuary for ALL kinds of people. 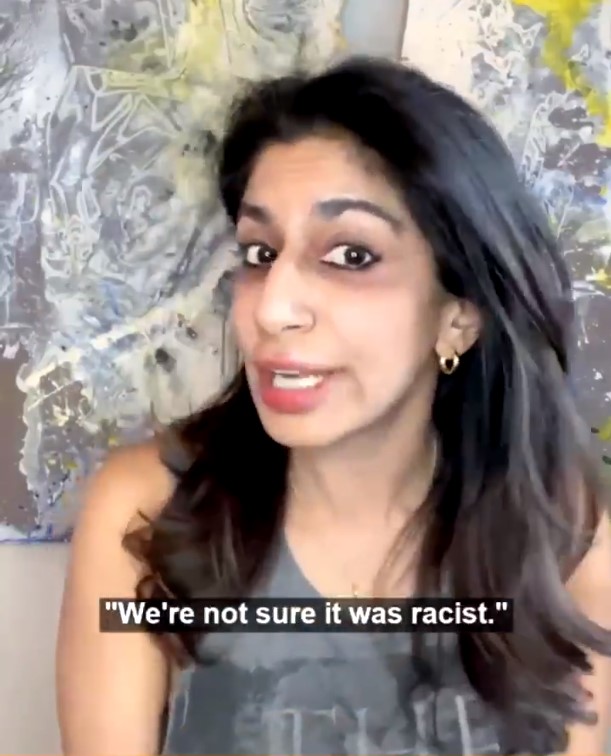 “Does it matter? Has anyone ever told you, that you can’t because of who you are? You feel on the outside, at the edges, not in and not out…

“All are welcome at the meetpoint.

Adding: “I am interested in every single person who has a story that has yet to be told.”

What did Dr. Aruna Khilanani say?

Dr. Khilanani’s Yale lecture was to talk about certain "learning objectives" like the "set up white people’s absence of empathy towards black rage as a problem."

The lecture also aimed to "understand how white people are psychologically dependent on black rage."

She opened her talk by saying: “I’m gonna say a lot of things, and it will probably provoke a lot of responses, and I want you to just maybe observe them in yourself.

“We are calm, we are giving, too giving, and then when we get angry, they use our responses as confirmation that we’re crazy or have emotional problems. 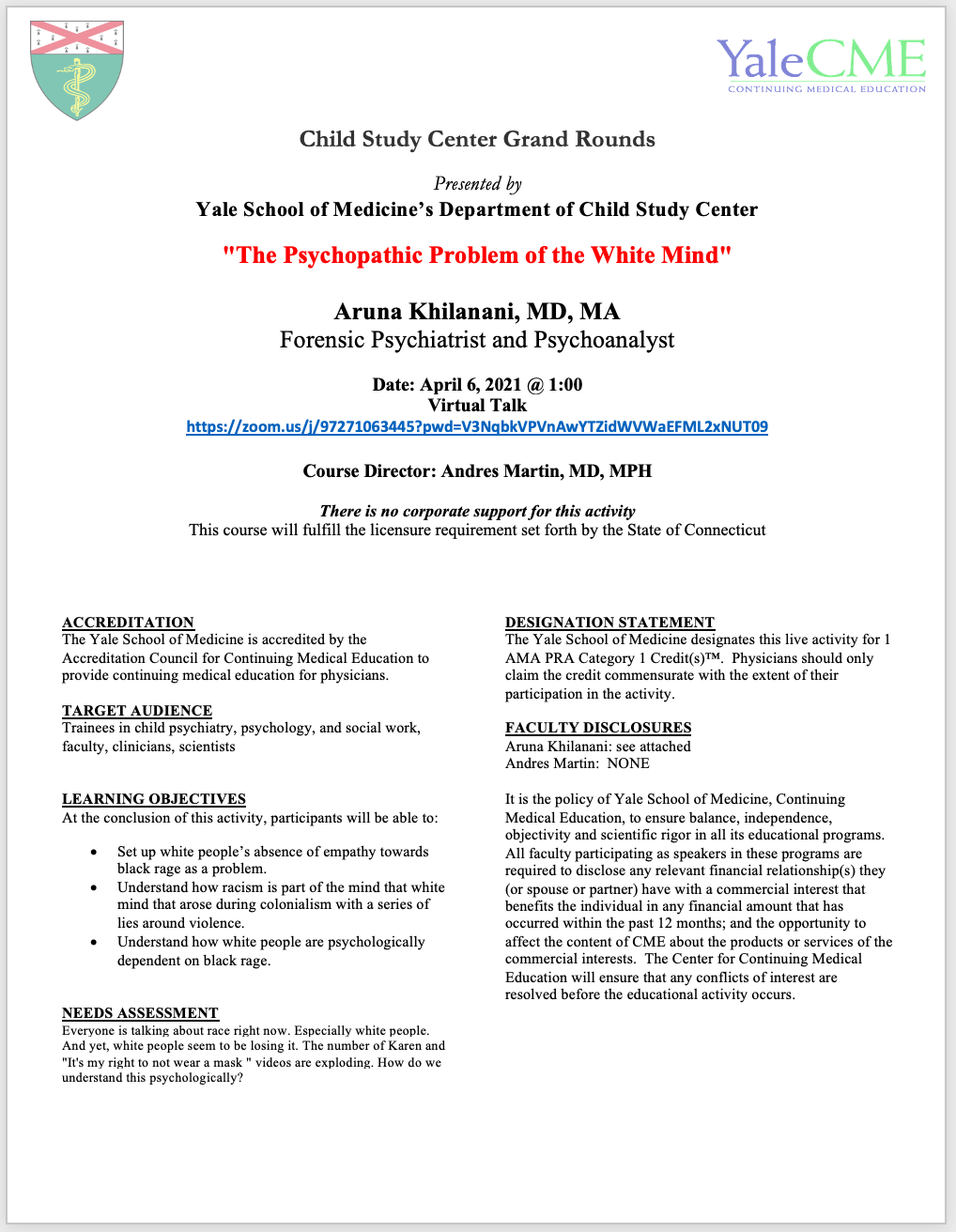 Adding: "It always ends that way, happens every time. Like a goddamn timer, you can count it down.

"Nothing makes me angrier than a white person who tells me not to be angry, because they have not seen real anger yet.”

She also said she "systematically" distanced herself from her white friends "around five years ago.

Dr. Khilanani talking about race issues with whites was "useless because they are at the wrong level of conversation."

"White people are out of their minds, and they have been for a long time," she said.

"White people feel that we are bullying them when we bring up race."

Another outlet reached out to Dr. Khilanani and the director of the Institute at Yale where she spoke.

They did not respond to those requests for comment.

Her comments surfaced when audio of the talk was posted on the substack of former New York Times opinion writer and editor Bari Weiss on Friday.

Weiss also posted a poster of the talk online, showing the lecture’s title to be "The Psychopathic Problem of the White Mind."