OJ SIMPSON is famed for going on trial in the 90s for his wife and her friend's murder.

We take a look at what happened in the “Trial of the Century” and how Robert Kardashian – father of the reality TV stars – was involved. Here's the lowdown on the former NFL star's VERY colourful life. 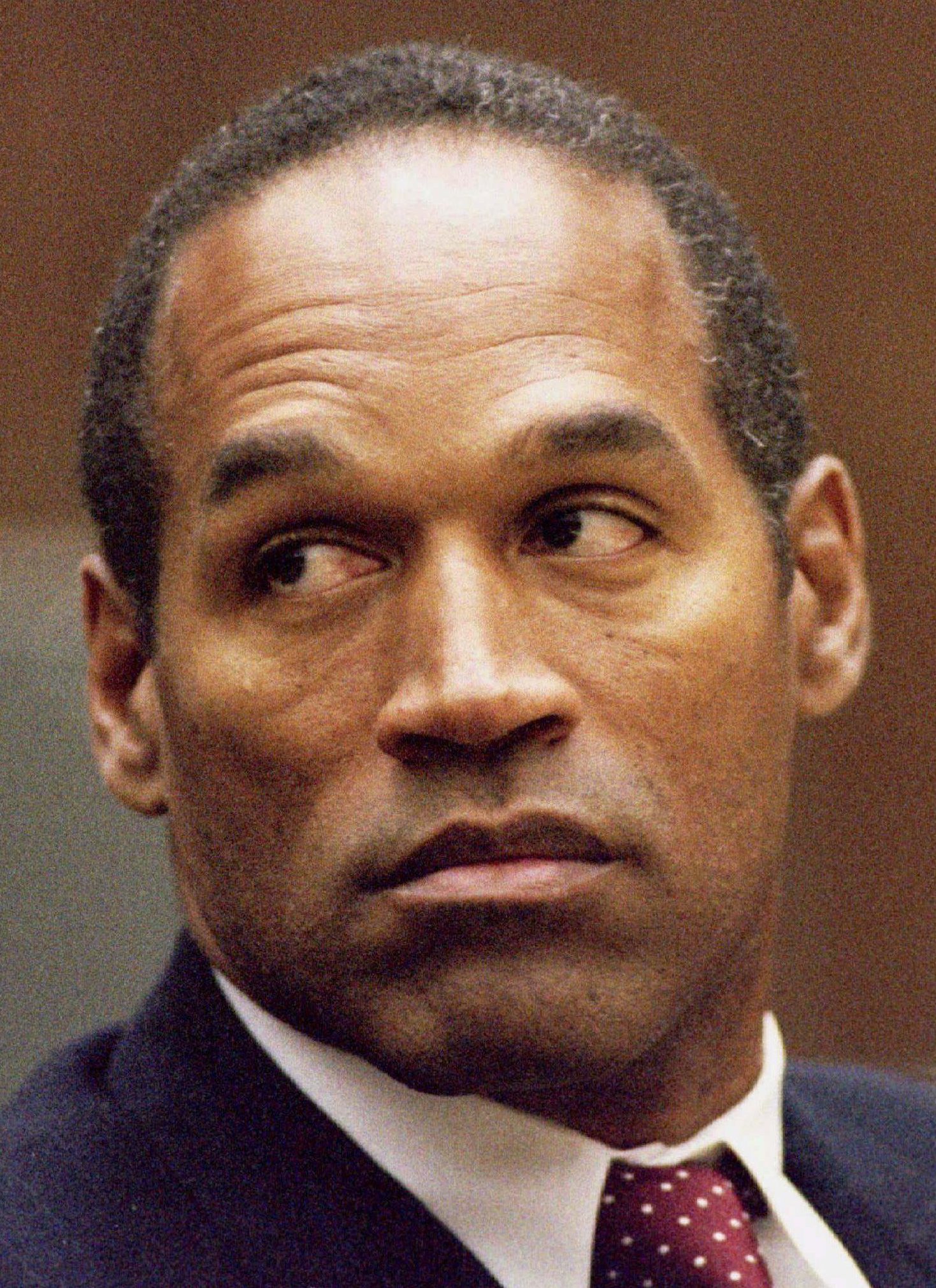 Who is OJ Simpson?

OJ Simpson was born Orenthal James Simpson in 1947 in California. He is now 73 years old.

OJ gained fame as an American football star and, later, as an actor.

The running back gained the nickname "Juice" as a play on OJ due to his power on the field.

Simpson was inducted into the Pro Football Hall of Fame in 1985.

He married Nicole Brown five years after retiring from the sport in 1985.

They had two children together, Sydney Brooke and Justin Ryan.

Their marriage lasted seven years, during which, Simpson was investigated by police for domestic violence a number of times and pleaded no contest to spousal abuse in 1989.

Simpson was previously married to Marguerite L. Whitley – they wed on June 24, 1967, when he was 19 years old.

They had three children together – Arnelle L., Jason Lamar and Aaren Lashone Simpson – who in August 1979 tragically drowned in the family's swimming pool just before her second birthday.

Simpson and Marguerite divorced in the same year.

The sport star met Nicole Brown in 1977 when she was working  as a waitress at a nightclub and although still married to his first wife, Simpson began dating her. 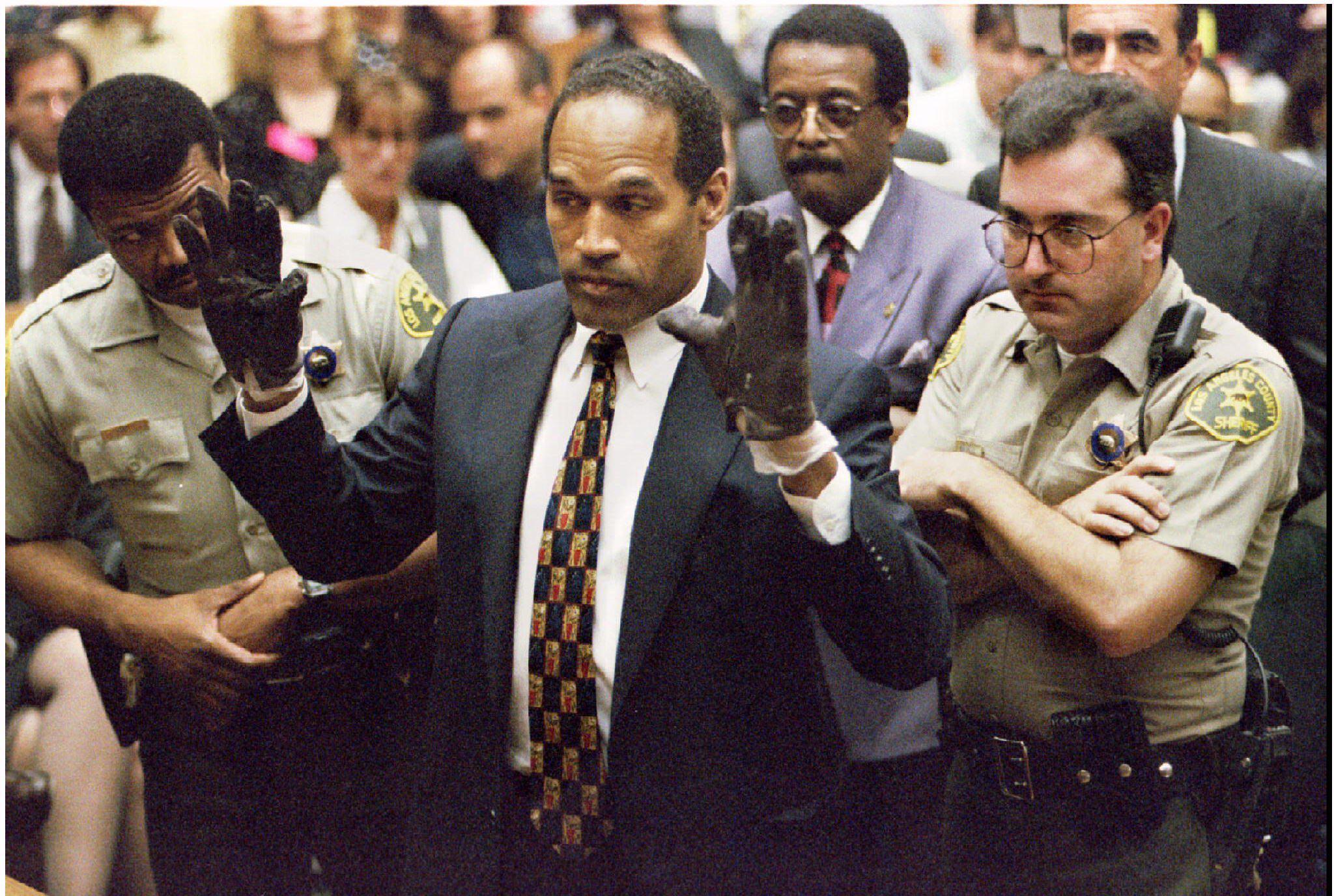 Where is OJ Simpson now?

Since being released on parole, Simpson has been enjoying retirement in Las Vegas, where he lives in a friend's house in a gated community.

InTouch Weekly reports that he is "keeping a low profile these days."

When he's out in public, he's typically set upon by fans asking for autographs and selfies.

What has OJ said about the rumours he is Khloe Kardashian's dad?

The former actor and sportsman took to Twitter to dismiss the idea that he had an affair with Khloe's mum, and his friend Rob Kardashian's ex-wife, Kris Jenner.

He says the rumour is being pushed by a man falsely claiming that he was his manager at the time.

In a video posted to Twitter the ex-NFL running back said: “But never – and I want to stress never – in any way shape or form had I ever had any interest in Kris, romantically, sexually, and I never got any indication that she had any interest in me.

“So all of these stories are just bogus. Bad, you know, tasteless.” 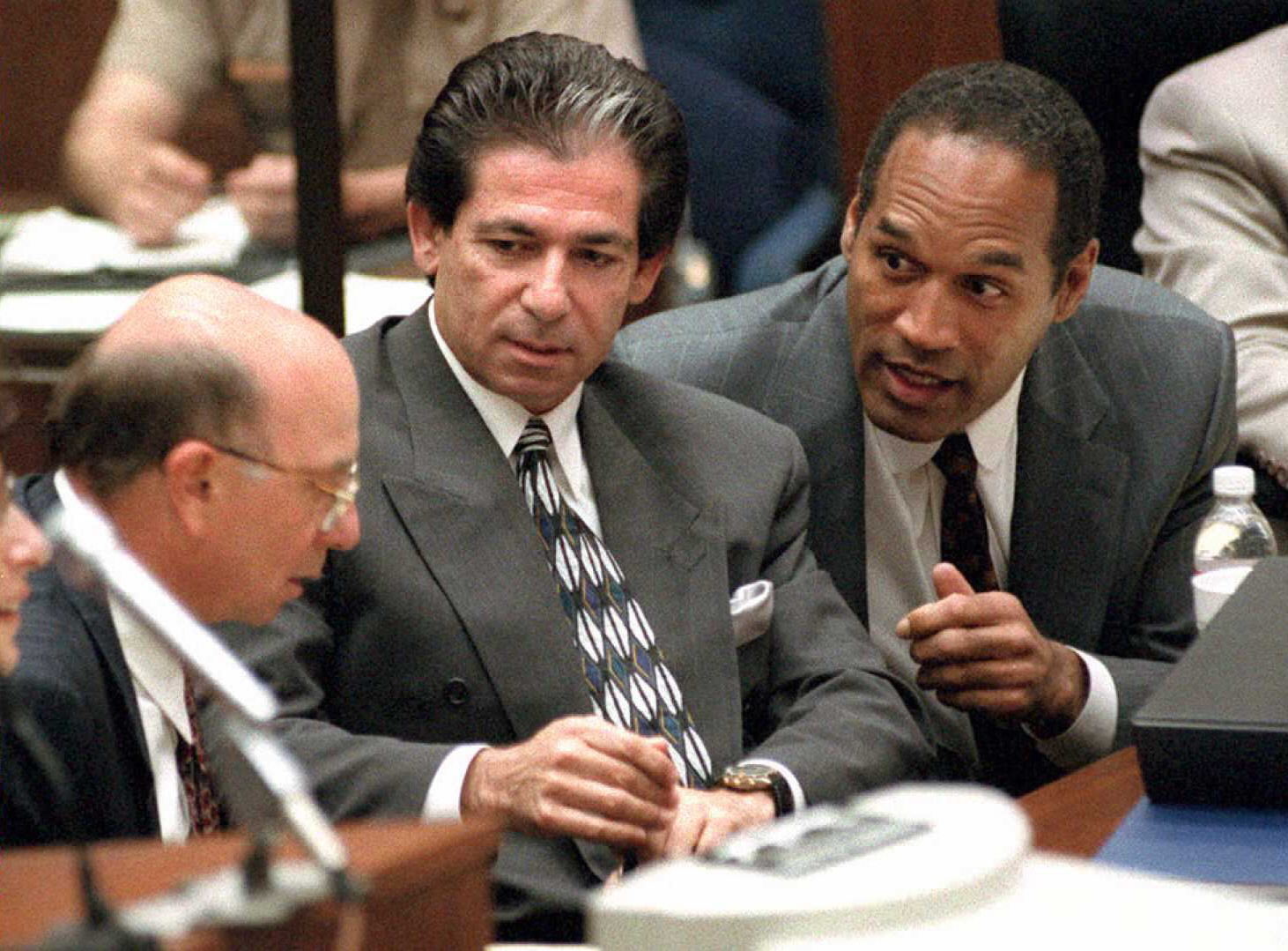 When did OJ Simpson go on trial for murdering Nicole Brown and Ron Goldman? And what happened?

On June 13, 1994, Nicole Brown and a friend, Ronald Goldman, were found dead outside Brown's home in the Brentwood area of Los Angeles.

Brown had been stabbed multiple times in the head and neck, and had defensive wounds on her hands.

Both had been dead for about two hours before they were found at 12.10am.

A single bloody glove was discovered at the scene.

Detectives went to Simpson's home to tell him of his ex-wife's death and found a white Ford Bronco with blood on the interior and exterior.

He was not there, having taken a flight to Chicago on the night of the murders.

A second bloody glove was then found on the premises which was later linked to the first found at the murder scene, with blood from both victims.

Police eventually ordered Simpson to surrender by 11am on July 17.

But instead of giving himself up the celebrated NFL running back fled in another White Bronco, driven by his friend Al Cowlings.

The resulting police car chase was nationally televised and watched by around 95 million Americans making it the highest rated basic cable event of the year.

Following the low-speed chase, Simpson had a brief stand-off with police in which he held a gun to his head before giving himself up.

Along with the firearm, the star also had his passport, $9,000 in cash and a fake goatee and moustache in his possession. 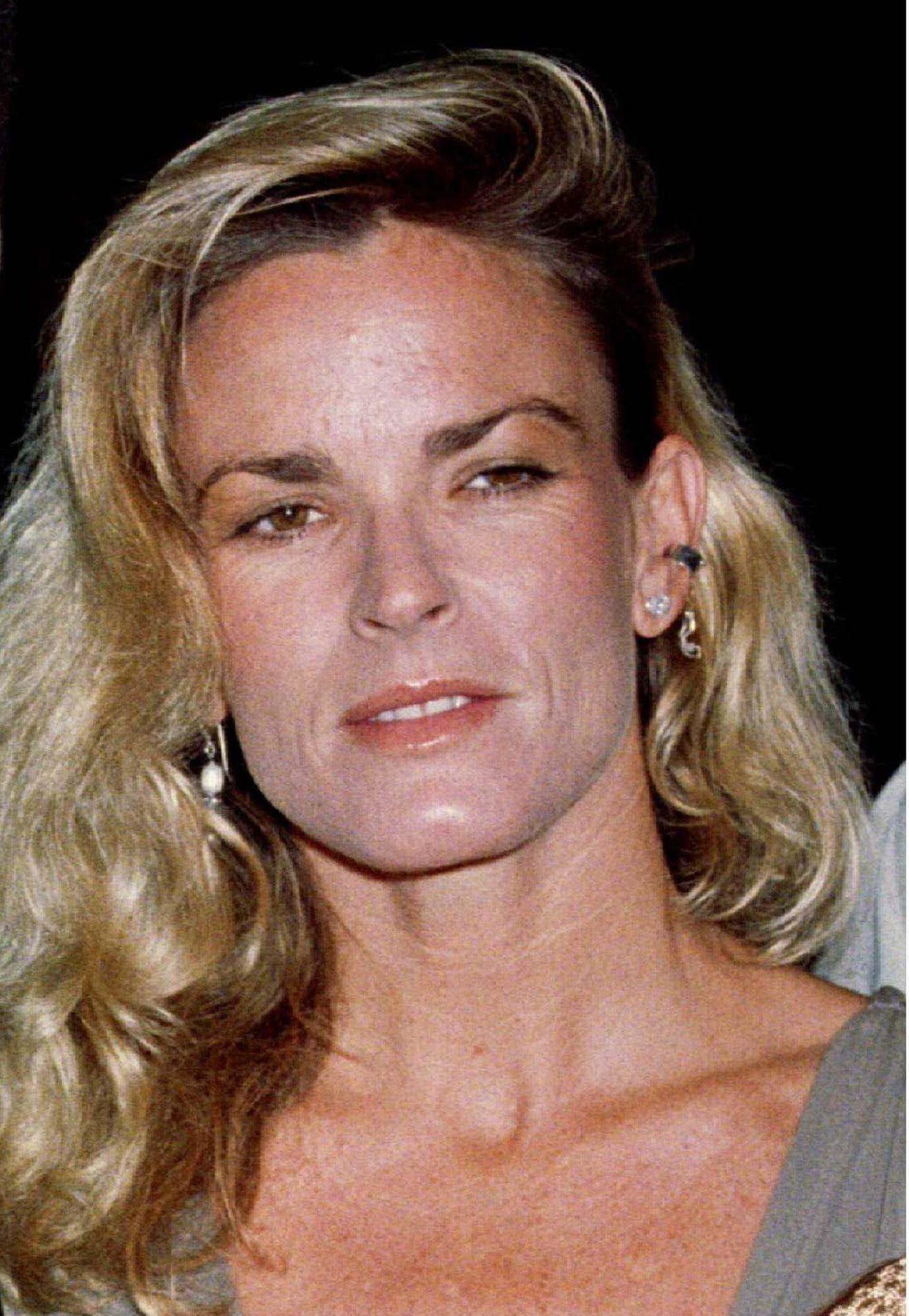 Dubbed the “Trial of the Century”, Simpson’s murder trial began on January 24, 1995 and dominated the American news agenda until the verdict on October 1995.

When asked how he would plead to the two murder charges, OJ broke courtroom practice and said: "Absolutely, one hundred per cent, not guilty."

Throughout the trial, he was supported by his friend and lawyer Robert Kardashian, the father of Kim, Khloe and Kourtney Kardashian.

In post-trial interviews with the jurors, a few said they believed he did commit the murders but the prosecution had failed to prove their case.

In 1997 the parents of Goldman brought a civil lawsuit against Simpson for wrongful death.

The jury awarded Brown and Simpson's children $12.6 million from their father as recipients of their mother's estate.

The victims' families were awarded $33.5 million in compensatory and punitive damages – therefore finding Simpson responsible for the murders. 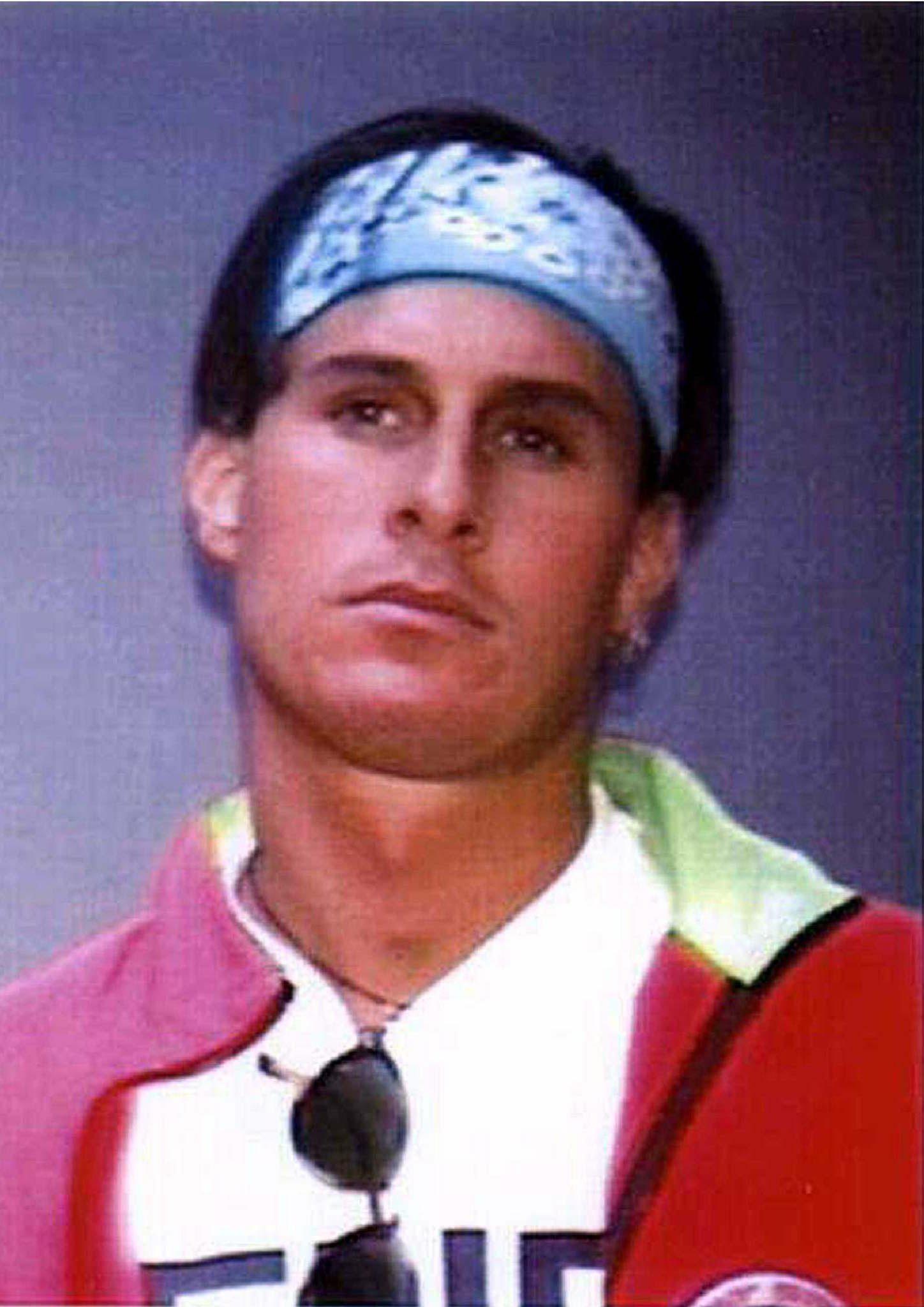 Why did OJ Simpson go to jail? And when did he get parole?

In September 2007, Simpson was arrested in Las Vegas, Nevada, and charged with numerous felonies, including armed robbery and kidnapping after a group of men led by him entered a room at the Palace Station hotel-casino and took sports memorabilia at gunpoint.

In 2008, he was convicted and sentenced to 33 years imprisonment, with a minimum of nine years without parole.

He served his sentence at the Lovelock Correctional Center in Lovelock, Nevada.

But in 2017 OJ was granted parole and was able to walk a free man.

The disgraced former NFL icon referred to himself as a “straight shooter” as he wept while begging for his freedom.

Pleading for his freedom a visibly-aged Simpson, wearing a blue shirt, said: "I am sorry things turned out the way they did. I had no intention to cause a crime.

“I just want to get back to my family and friends. I thought I was a good guy. I've had a few problems with fidelity.

"But I’ve always thought I’ve been pretty good with people and I’ve spent a conflict-free life.

“I’m a pretty straight shooter. I've always tried to be a good soldier. I have no problem.”

A state parole board set Sunday October 1 as the date Simpson became eligible for parole and he left prison on that day.

Now released, he will be supervised by the state Division of Parole and Probation until September 29, 2022. 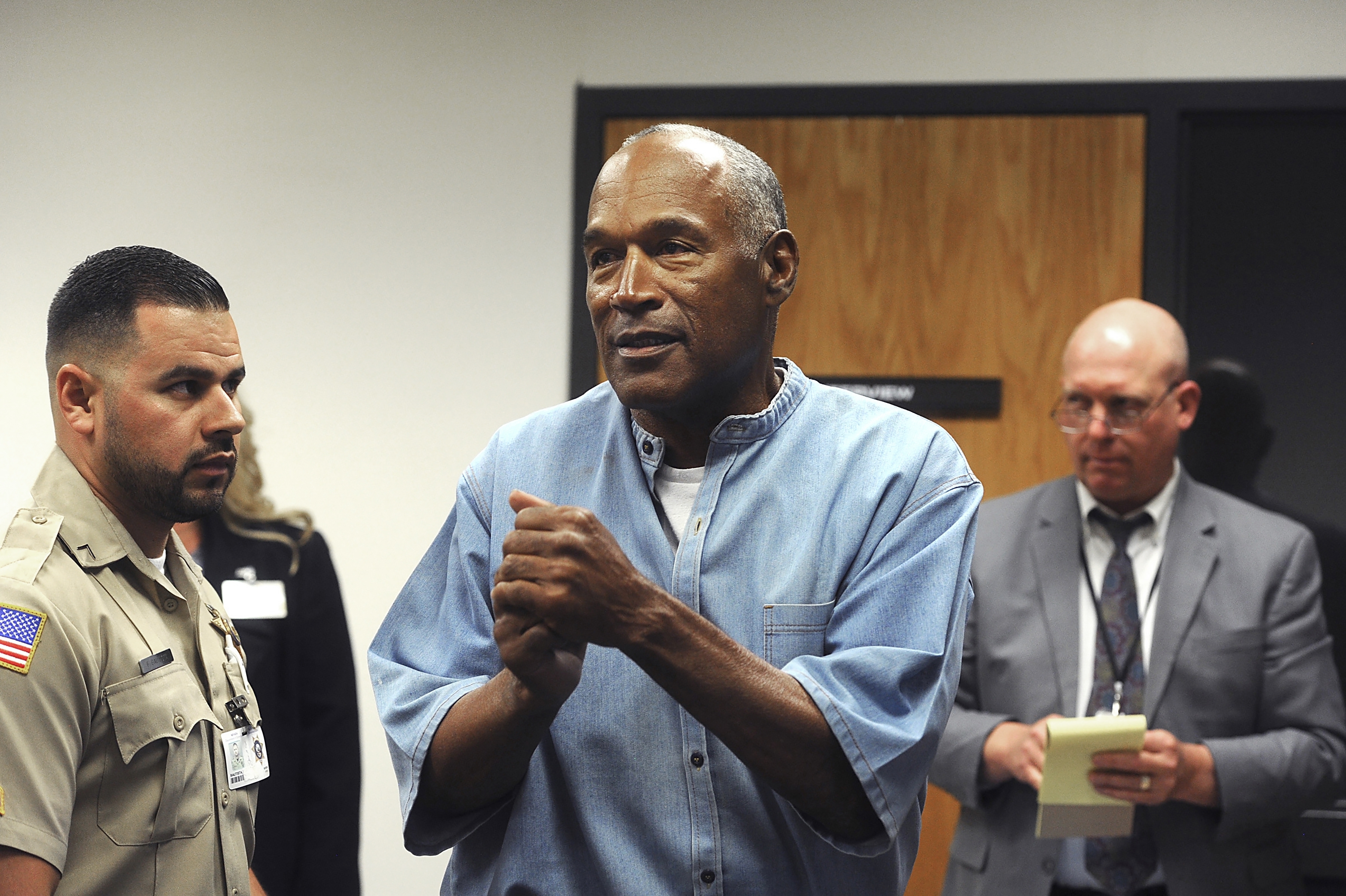 Simpson still owes tens of millions of dollars following a 1997 civil lawsuit which found him liable for the wrongful deaths of his ex-wife Nicole Brown and Ronald Goldman, Time Magazine reports.

But he does have pensions which may pay out more than $25,000 per month and aren't subject to seizure by creditors.

It is unclear what Simpson's net worth is with figures ranging from $250,000 to $3 million.

At the height of his fame, the sporting star was worth the equivalent of $18 million in today's money.