Canada arrested the CFO of Huawei, but the Chinese tech company has been scrutinised for years for security reasons. 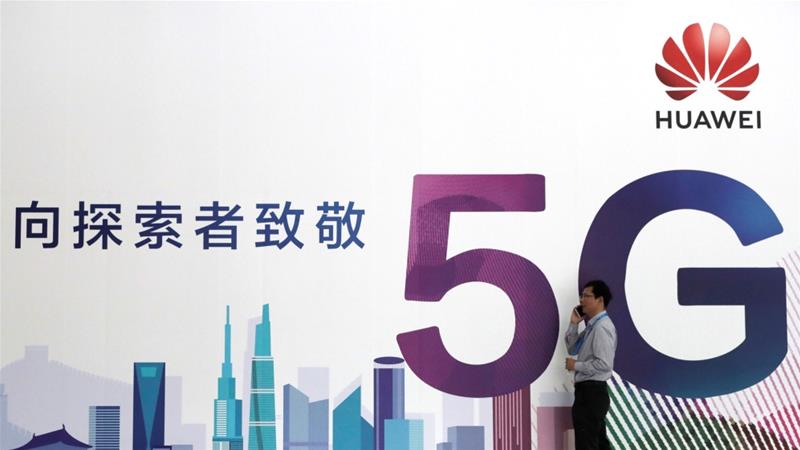 The details of the arrest are still unclear but Meng faces extradition to the United States, according to the Canadian Department of Justice.

Following the arrest, both the Chinese embassy, as well as Huawei called for the release of Meng, who is the daughter of the company’s founder Ren Zhengfei.

Under Ren‘s leadership, Huawei has become one of the biggest telecommunications companies in the world and has established itself as a leading smartphone manufacturer.

But Huawei’s expansion from its Chinese roots into the rest of the world has sparked concerns among Western governments over the company’s close ties to the Chinese authorities, as well as its willingness to export technologies to countries that are under sanction.

Over the past couple of years, Huawei has reportedly circumvented sanctions imposed on North Korea and Iran, providing the countries with telecom equipment that can be used for extensive spying on populations, so-called dual use technologies.

But the vast majority of criticism has surrounded Huawei’s growing influence on global communications in the coming years. The Chinese company will provide technology for 5G wireless internet across the world.

Ahead of the rollout of that faster internet technology, several countries have warned against using Chinese hardware because of security concerns, which stem from the Chinese government’s use of Huawei’s products to spy on people around the world.

Huawei has denied all allegations that it might be involved in the collection of intelligence for the Chinese government.

So far, four countries have officially said they will not allow Huawei to take part in the 5G trials.

The US, China’s biggest competitor both in terms of economy, as well as global intelligence gathering, is afraid that China would have access to sensitive user information, such as location data, and that Chinese technologies could pose a possible threat to critical American infrastructure.

To prevent the Chinese telecom company from gaining too much traction in the US, lawmakers have urged wireless carrier AT&T to reconsider potential deals with Huawei.

In 2012, Huawei and ZTE Corp, another Chinese telecom company, were the subjects of an investigation that looked into whether their equipment could pose a threat to US interests.

That report by US Congress concluded that “Huawei did not fully cooperate with the investigation and was unwilling to explain its relationship with the Chinese government or Chinese Communist Party, while credible evidence exists that it fails to comply with US laws.”

Since then, the US has been on a mission to prevent its allies from using Huawei technology for critical infrastructure, especially focusing on fellow members of the so-called Five Eyes, a group of five English speaking countries (US, Canada, New Zealand, Australia, Great Britain) whose intelligence agencies share information on a large scale.

The US has also tried to dissuade other countries like Germany from allowing Huawei to provide technologies in the near future.

Australia, part of the Five Eyes group, banned Huawei from providing 5G technology in August of this year, but it did not specifically mention Huawei by name.

In a statement, the Australian government said companies “who are likely to be subject to extrajudicial directions from a foreign government” would no longer be allowed to provide 5G technology, which was clearly directed at the Chinese telecom company.

Currently, Huawei is already providing Australia with its 4G network, but with the introduction of 5G, even more products will be connected to the internet in the near future.

Following Australia’s decision, Huawei said there was no fundamental difference between 4G and 5G architecture and that 5G provides better security for both privacy and security, adding that Australian allegations about security concerns were not based on facts.

In November, New Zealand announced it would take the same measures as Australia following a request by mobile carrier Spark to use Huawei equipment for its 5G networks.

“I have informed Spark that a significant security risk was identified,” GCS Director-General Andrew Hampton said, without going into detail about those risks.

As the second most important member in the Five Eyes intelligence sharing group, Great Britain has been urged repeatedly by its allies to ban Huawei from its 5G infrastructure.

So far the United Kingdom has not officially done so, but its government is debating wether special measures should be taken.

Earlier this week, head of intelligence agency MI6 said he had his doubts about the telecom company.

His comments followed the 2013 Foreign involvement in the Critical National Infrastructure report, when the UK looked at Huawei as part of its critical infrastructure.

That report concluded that although no direct evidence was found that Huawei did anything malicious, considerable risks were involved with having the Chinese company be partially responsible for such critical technologies.

Ahead of any decision by the UK government, British telecommunication company BT announced on Wednesday it would not use Huawei technologies as the backbone of its soon-to-be-deployed 5G network and that it would be removing Huawei parts from its existing 3G and 4G networks.

Another country currently looking at the risk Huawei’s technologies could possibly pose is Canada, which has been under pressure from its Five Eyes allies to ban the Chinese company from its 5G infrastructure.

According to reports in local media, US lawmakers have been talking to Canadian officials and companies about barring Huawei technology from being implemented in Canada’s new 5G network.

“While Canada has strong telecommunications security safeguards in place, we have serious concerns that such safeguards are inadequate given what the United States and other allies know about Huawei,” Senators Mark Warner and Marco Rubio wrote in a letter to Canadian Prime Minister Justin Trudeau according to Reuters news agency.

However, according to Canadian media, telecom companies so far have not said whether they will ban Huawei equipment.

In September, the Communications Security Establishment (CSE) intelligence agency said it had been conducting tests on Huawei equipment for several years to see if they pose any danger to the country.

“CSE provides advice and guidance to mitigate supply-chain risks in telecommunications infrastructure upon which Canadians rely, including, since 2013, a programme that has been in place to test and evaluate designated equipment and services considered for use on Canadian 3G and 4G networks, including Huawei,” the CSE told the Globe and Mail in a statement.

Another country that currently uses Huawei technology but has not yet decided on its future is Germany, a key ally of the Five Eyes intelligence group.

Last month, senior German officials said they are planning a last-ditch drive to convince the government to consider excluding Chinese firms such as Huawei from building the country’s 5G infrastructure.

“There is serious concern. If it were up to me we would do what the Australians are doing,” one official told Reuters news agency.

This push is being led by the foreign and interior ministries after they held talks with their US and Australian counterparts.

So far, no decision has been made by Germany, but according to one lawmaker a ban could be on the horizon.

“But we need to be able to vet individual cases in order to ensure our critical infrastructure is protected.

That could lead to the exclusion of Chinese firms from building our 5G infrastructure,” Katharina Droege, a Greens lawmaker said following the push to ban Huawei.

The US has also been talking to Italy and Japan, two countries who currently use Huawei in a lot of their infrastructure.

According to a report by the Wall Street Journal, the US has communicated its security concerns over 5G equipment manufactured by Huawei.

In September, Indian media also reported Huawei was banned from participating in 5G trials in the country, but shortly afterwards Huawei and India both said the company had been invited to test its equipment in the second-largest mobile market in the world.