LIV Golf’s recently announced television deal with the CW Network was not ideal, but it was the next step in making them “legitimate,” according to an expert in sports management.

Lisa Neirotti, a professor of sports management at George Washington University, specializes in sports entrepreneurship and the importance of media rights for startup leagues. Neirotti acknowledges LIV’s partnership with CW – which is believed to be revenue sharing deal without a rights fee being paid – is not a “great deal,” but added oftentimes it’s necessary to give away a product to grow that product.

NEWSLETTER: Get the latest sports news straight to your inbox

The multiyear broadcast deal was announced Thursday. The CW Network, which has more than 200 affiliates nationwide, will air LIV’s 14 events in 2023, starting next month at Mayakoba in Mexico. The breakaway golf league headed by Greg Norman, held eight events in its inaugural season of 2022. The only way to watch was through YouTube and LIV’s own web site.

“It’s a way to test the market,” Neirotti said. “I know people say YouTube has many more viewers, or there’s a larger audience that used YouTube, but YouTube is not as popular right now for appointment TV.” 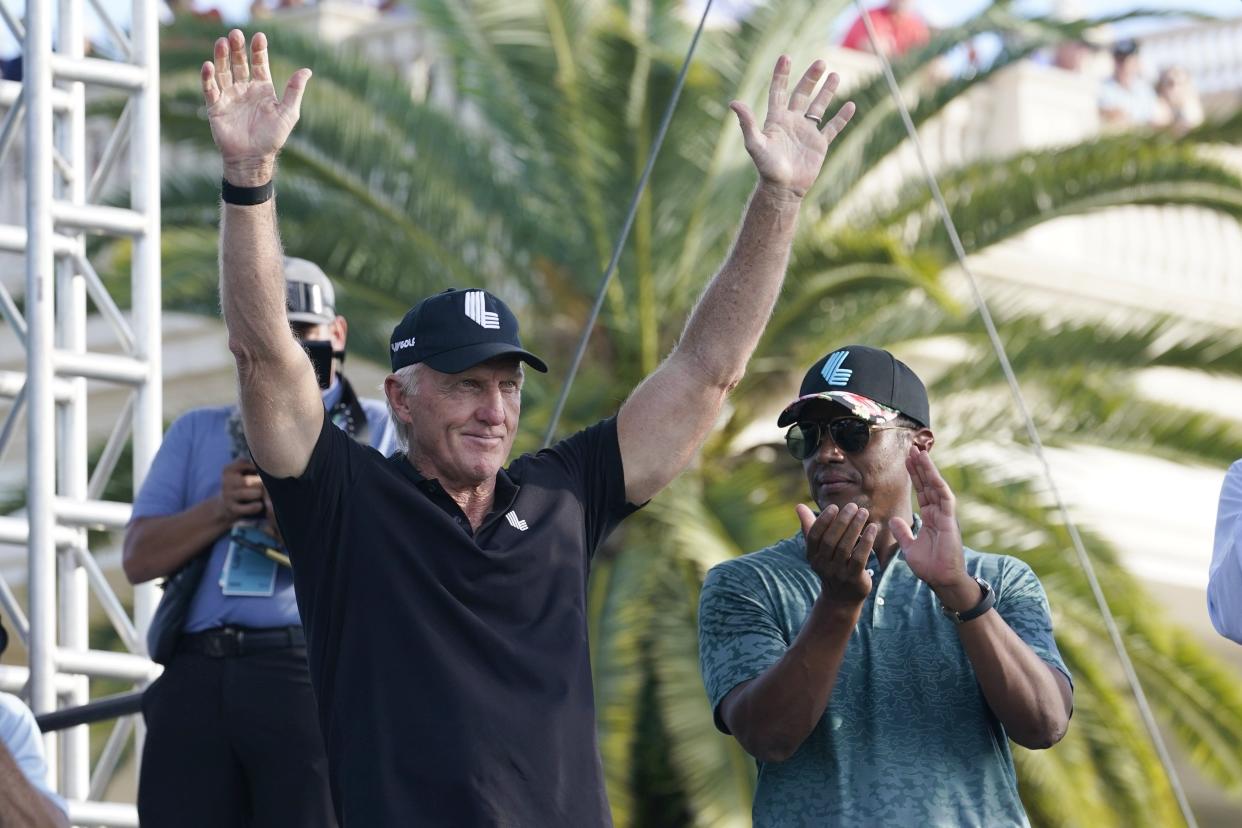 LIV is financed by Saudi Arabia’s Public Investment Fund, which invested an estimated $1.3 billion to launch the league. LIV distributed $255 million in prize money for eight events in 2022. That number will jump by about 63 percent in 2023 with purses totaling $405 million for 14 events.

One report late last summer said LIV was nearing a deal with Fox Sports 1 in which LIV would purchase the air time for its tournaments, paying for the time and production costs.

“It’s hard to get a media company to pay anything if a product hasn’t been proven,” Neirotti said. “They tried other sources and they didn’t get it. You got to start someplace.

“CW doesn’t have anything to lose and LIV has something to gain.”

The work is far from done. The success or failure of LIV on a non-traditional network – CW is known for its teen dramas and superhero shows and LIV will be its first sports property – could be determined by how much promotion CW’s parent company, Nexstar Media Group, dedicates to its new product.

And attracting sponsorship is critical and if LIV is responsible for securing some or the majority of advertisers as has been reported, it can now lure companies with not only signage and tickets and hospitality, but also offering commercial time.

“I think as they become mainstay or legitimate then more people are going to be looking at is as an advertising medium,” Neirotti said.

“It’s not a huge win for LIV in terms of financial windfall,” she added. “It’s the next step in making them legitimate. They are now on a network. The next thing now is to get people to tune in but in order to do that they have to promote it though Nexstar’s consortium.”