Wife, 73, who beat her ‘control freak’ husband to death with a pole after he ‘treated her like a servant’ and threw a stick at her is jailed for two years 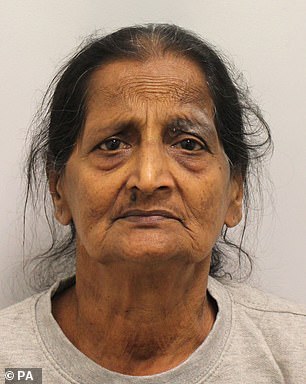 A wife who beat her ‘control freak’ husband to death with a wooden pole after he ‘treated her like a servant’ has been jailed for two years and four months.

Packiam Ramanathan, 73, went into a trance and battered her disabled husband Kanagusabi Ramanathan, 76, in his bed in Newham, east London after he threw a stick at her, a court heard.

The Old Bailey was told how Mr Ramanathan had treated his wife ‘like a servant’, used ‘filthy language’, and was abusive and controlling in their home.

The shopkeeper was also said to have ‘exerted financial control and repeatedly accused her of having an affair with a fishmonger who called her darling’.

Mrs Ramanathan, who is frail, underweight and suffers from diabetes, was described to the court as a ‘wonderful person’ who was ‘quiet, reserved and upstanding’.

Her barrister Stephen Kamlish QC said: ‘To say she is a good person is an understatement. She is a truly decent person.

‘She has been in a real prison with her husband, a prison of cultural design, for 36 years. She has been tried for a murder she did not commit which she admitted from the outside was loss of control.

‘She now has to face a battle to remain in this country. She is in fear of going back to Sri Lanka and people in Sri Lanka finding out.’

The defendant, a German citizen of Sri Lankan descent, had admitted manslaughter and was cleared of murder after a jury deliberated for just half an hour.

The judge said the husband was a ‘control freak’ who had been physically and verbally abusive and subjected her to ‘coercive and controlling behaviour’.

The defendant has already spent 194 days in custody and faces possible deportation to Germany, where she has no family.

The court had heard how the couple had an arranged marriage in 1983 and had fled Sri Lanka in the civil war.

On September 21 last year, paramedics found former shopkeeper Mr Ramanathan dead in his bedroom after his wife told her neighbour she had hit him. 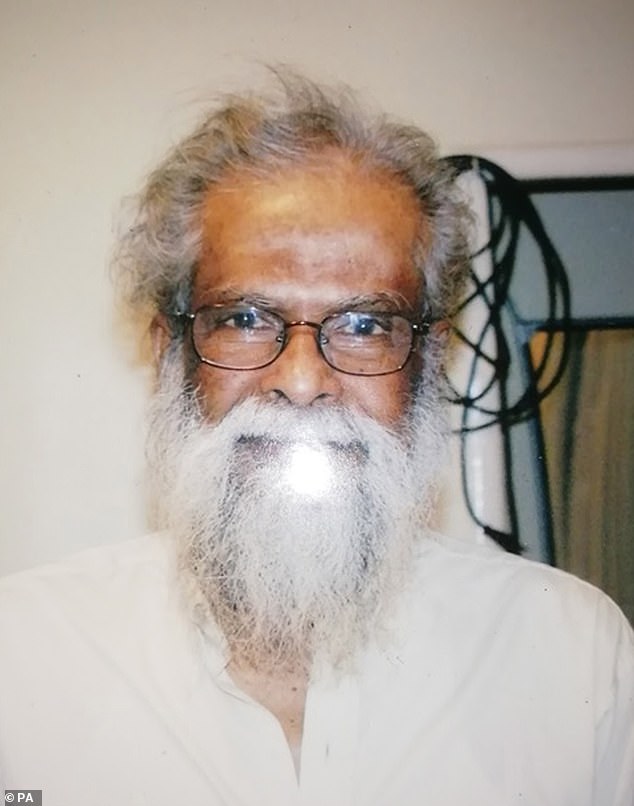 The Old Bailey was told how Mr Ramanathan (pictured) had treated his wife ‘like a servant’, used ‘filthy language’, and was abusive and controlling in their home

A blood-stained wooden stick was found in a cupboard in the hall of the couple’s flat.

Prosecutor Sally O’Neill QC claimed there had been arguments about money and the defendant had become ‘very angry’ at finding out her husband had written to Sri Lankan police accusing her brother of fraud and theft.

But in her evidence, Mrs Ramanathan told of years of bullying and abusive behaviour by her husband.

Recalling the killing, Mrs Ramanathan told jurors: ‘It was like I was in a trance. I hit him. I do not know. I did not know what I was doing. I could not feel this. I remember him saying don’t hit me. I remember I hit him.

‘I lost control at that time. I did not plan anything. I’m not a person who would do such a thing. I don’t know how I did it. For me I still feel like somebody else did it.’

Detective Sergeant Anthony Atkin, of Scotland Yard, said: ‘The jury carefully considered the evidence placed before them and felt that this was a sad case whereby Packiam Ramanathan had killed her husband Kanagusabi.

‘This was a tragic case whereby an elderly, vulnerable man lost his life and the circumstances surrounding how and why needed to be put to a jury in order that they could listen to Packiam’s account and test this against the evidence.’