Here's what we know about IndyRef2 and what the Scottish First Minister has said about it. 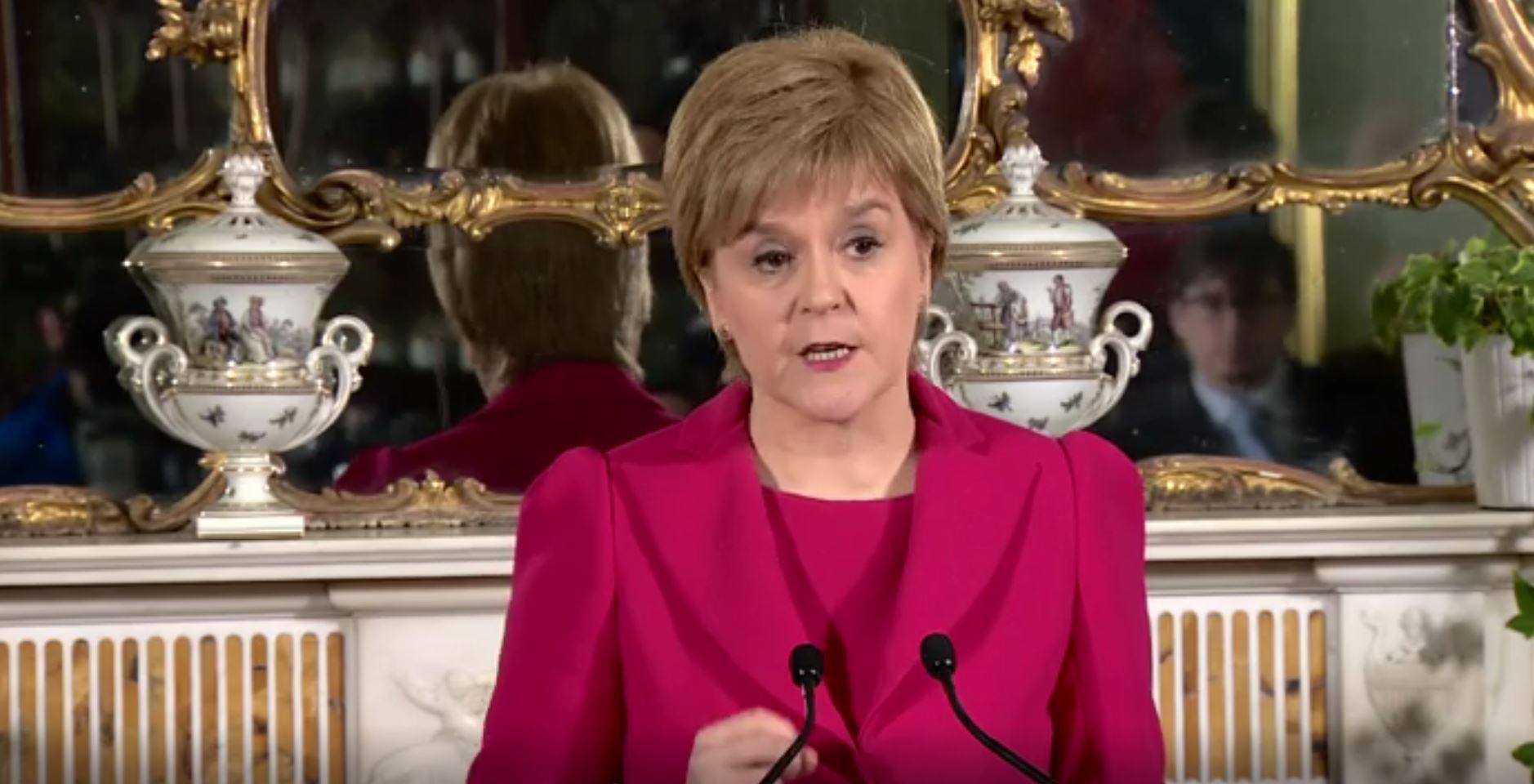 Will there be a second Scottish Independence referendum?

Sturgeon had called for an independence referendum to be held in the autumn of next year or the spring of 2019.

But after the SNP lost 21 seats in the General Election, the SNP boss has been reflecting on her plans for a second vote when she saw her party’s share of the vote fall from 50 per cent to 37 per cent.

Sturgeon set out her position at Holyrood last June announcing: “We will not seek to introduce the legislation for an independence referendum immediately.”

She announced a “reset” of the timetable set out for a second vote, saying she wants to shift focus onto trying to get Theresa May to deliver a “soft Brexit”.

Now in an interview with US broadcaster PBS she said after Brexit a decision about about another vote would be “based on a calm consideration of what's in Scotland's best interests”.

"I think it's in the interest of allowing an informed decision to be taken about independence that we allow some of that clarity to emerge," she said. 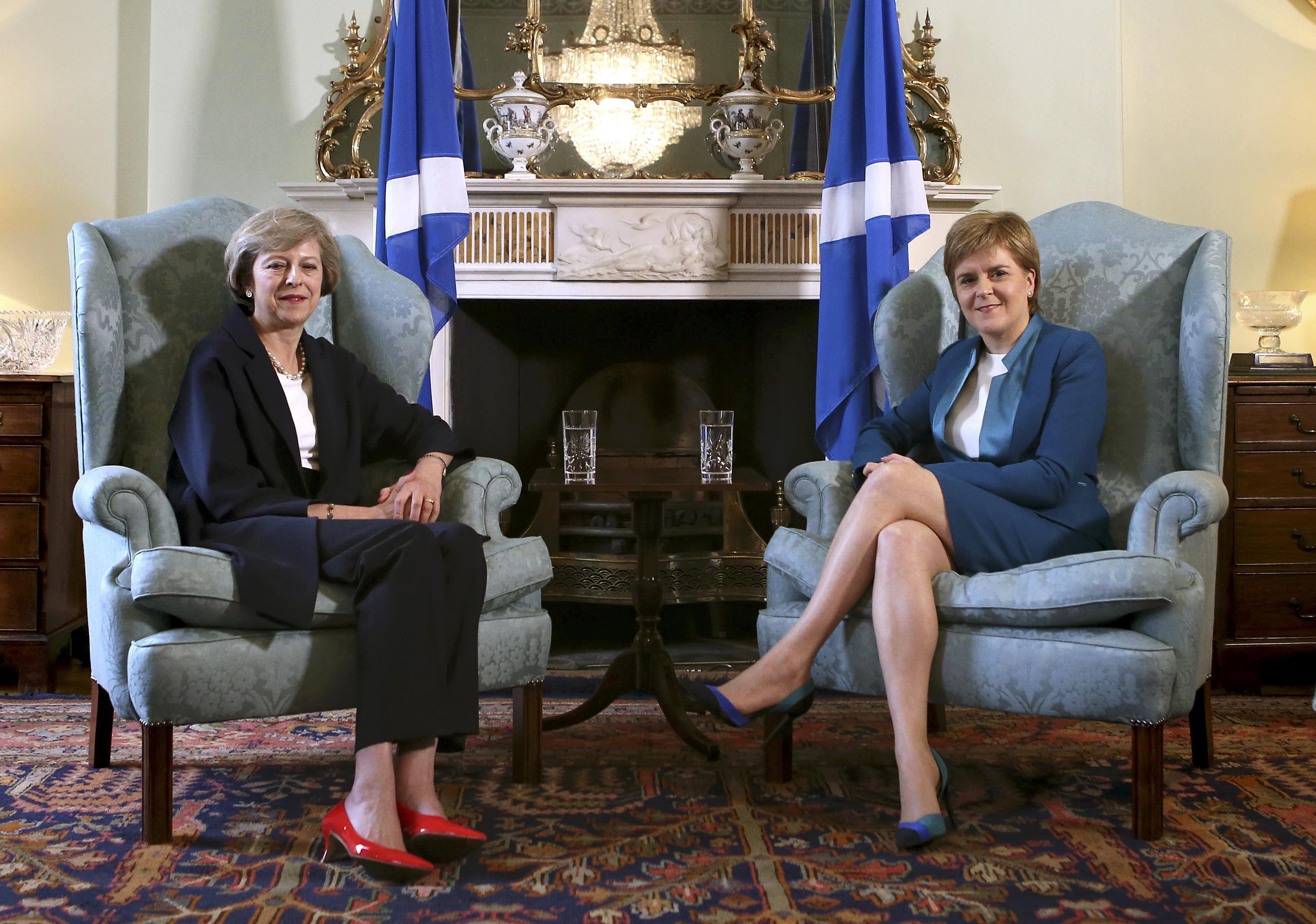 Yes, they did, by a tight margin of 55 per cent to 45 per cent – but then Brexit happened with Wales and England voting for it and not the majority of Scots.

A majority of 63 per cent voted to Remain in the EU during last year’s referendum.

And Theresa May's decision to opt for a so-called "hard Brexit" and leave the single market and the customs union, is something Sturgeon opposes.

In their manifesto last May, the SNP promised "the Scottish Parliament should have the right to hold another referendum… if there is a significant and material change in the circumstances that prevailed in 2014, such as Scotland being taken out of the EU against our will".

What has Theresa May said about Scottish independence?

Theresa May in June had repeated her call for the First Minister to drop her demands for a second referendum.

The Prime Minister said: “What I think Nicola Sturgeon should be saying today is that she is going to completely take off the table the question of a second independence referendum in Scotland.

“I think that was the clear message from the General Election and I think now is the time for the United Kingdom to be pulling together and not be driven apart.”

In showdown talks back in March, Theresa May vowed never to allow Britain to become "looser and weaker" in a clear warning to the First Minister.

Ahead of triggering Article 50 to kick-start Brexit, the Prime Minster called on Scotland to join Britain in “pulling together to make sure we get the best possible deal” for the UK.

The PM has said there is no chance of a vote before at least 2021 – potentially scuppering Sturgeon's plans.

What has Nicola Sturgeon said about a second Brexit referendum?

The First Minister has also linked the second independence referendum to a re-run of the Brexit poll.

Speaking at the SNP’s annual conference, the First Minister said she would “expect” her 35 MPs to get behind a vote on the final EU divorce deal if proposed in the Commons.

But she warned she would seek assurances that Scotland’s decision would be respected.

She described indy as “inevitable” after as a Survation poll revealed by The Scottish Sun on Sunday suggested a 52/48 Yes/No split in the event of No Deal.

According to William Hill, the odds are 6/4 that there will be another Scottish independence vote before 2020.