Images of a packed Bondi Beach last winter are seared in minds across western Sydney. Twenty kilometres westward, they were seen on phone screens or the nightly news by people trapped indoors while police helicopters hovered loudly overhead.

For many, the pictures were a blatant display of the city’s entrenched east-west divide. It often leaves the west worse off, but never more overtly than during last year’s lockdown, when half the city was subjected to one-hour outdoor limits, a 9pm curfew and heightened police presence while the other half could indulge in an ocean dip or stretch out on the sand. 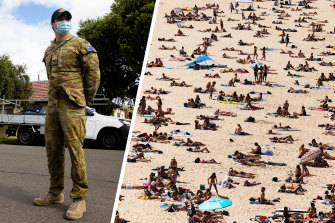 ADF personnel carry out checks in Lakemba in August; Bondi Beach is packed out in September.Credit:Janie Barrett/Brook Mitchell

Those memories have helped cement how Moez Baloch intends to vote this year. “Last time I voted Liberal. This year will be Labor,” the Parramatta cafe manager, 27, says outside his cafe on a sunny day in April.

“People from the west were treated differently to everyone else, and all the businesses were doing really badly. [This] part of Sydney is going to make a big change in the voting system. They do blame the government. It doesn’t matter who enforced it, it happened in Scott Morrison’s term.”

Next weekend’s election will be the first time western Sydney has had a chance to give its verdict on the past three years — dominated by the pandemic — to a government that oversaw the policy response. 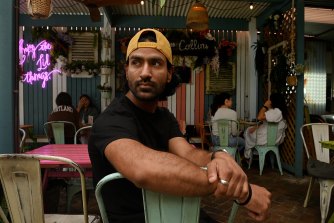 But there are mixed views on whether the division deepened by the state government’s decisions still stirs enough anger to cause a swing against the Liberals federally, or whether voters are now prioritising more pressing issues such as the cost of living.

The pandemic has not featured heavily in this election campaign. Insiders familiar with the campaigns of both major parties say that lockdowns aren’t resonating as a major factor for voters, including in western Sydney, where most affected areas were in Labor heartland seats.

Even Clive Palmer’s United Australia Party has swapped its initial focus on lockdowns and freedom for political advertisements about home loans and government debt in recent weeks.

Ritesh Jain, an information technology professional with a family in Wentworthville, thinks anger has passed.

“People want to live in the present. They want to see the future. That’s how I see things for myself. It’s absolutely not [on my mind]. How we bring back the economy would be more impactful,” he says. 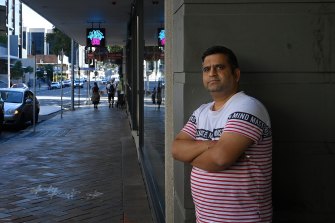 Wentworthville father Ritesh Jain said he wanted to live in the present and had not thought about lockdown since it lifted.Credit:Kate Geraghty

Many businesses that recovered are also happy about the stimulus the government provided, while thousands more who are feeling the pinch of rising consumer prices are more concerned about housing and their hip pocket.

Wasan Al-Mubareki, a Fairfield shopkeeper, says people had been upset about the “whole situation” but it wasn’t the government’s fault.

“This has happened to most of the world. Especially our business and our income — it was a disaster. But in my opinion, when we see what’s happened in the world, I think the government has done well. Mistakes happened here, there and everywhere,” she says.

She’s undecided on her vote but is leaning towards the Liberal party, happy with the levels of government support. 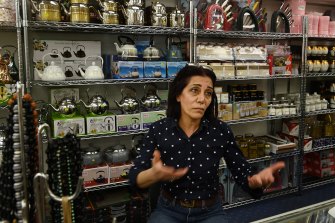 Wasan al-Mubareki, a shopkeeper in Fairfield, said “mistakes happen” and the Liberal Party had offered good support to businesses during lockdown.Credit:Kate Geraghty

One Liberal Party source says they did not believe there would be backlash come May 21. “If you’re a Liberal voter you might be pissed with us because of lockdowns, but at the end of the day you’re not going to vote for Labor,” they say.

But the lockdown is still a prevalent talking point in the campaigns of prolific western Sydney councillors, such as Cumberland mayor Steve Christou and Fairfield deputy mayor Dai Le. Both are standing as independents in their respective electorates of Parramatta and Fowler.

They are campaigning partially on the memory of the western Sydney lockdown, curfews and the importance of local representation to counter the neglect communities felt in 2021.

That message will register among some people across the former so-called local government areas of concern, who say those repressive weeks in lockdown have deterred them from endorsing a Liberal government again this year.

On the streets of Fairfield, Cathy Agha says the heightened law enforcement presence — helicopters through the night, army on the streets, police riding around on horseback — was the worst legacy of those months.

“Here is such a multicultural area, I think they’re going to take it as if this government is responsible for what they went through, and that’s it,” she says.

“People felt they were targeted, and they were. We used to say the Liberals were the way to go for the country, but they failed people, and I think a lot of people are going to take it that way. There was so much anger… Overall I am definitely never going to vote Liberal again.”

Elfa Moraitakis, chief executive of SydWest Multicultural Services which assisted people during lockdown, says there was a lot of trauma in the area.

“People aren’t living that reality at the moment, but as soon as you start speaking about it they feel very strongly,” she says.

“How that will translate when the elections come, no one’s really saying it out loud, but I believe it will have an impact, both federal and state.”

But she thinks voters could also be sympathetic to the fact both state and federal Liberal governments had been dealt a tough hand, with fires, floods and an overseas war on top of the pandemic.

“I also believe there is a lot of willingness within the community to bridge that gap [that emerged during lockdown],” she says.

Randa Kattan, chief executive of the Arab Council Australia, was scathing of last year’s lockdown. She still describes as “sadistic” the Berejiklian government’s decision to impose a curfew with limited scientific evidence, and said people held strong memories of being overpoliced.

“I still think that was absolutely uncalled for, that different treatment,” she says.

“But people do forget. Right now, the real needs are cost of living. That sense of being different to the rest of Sydney is not much there. As long as there’s a feeling we’re all in this together, it’ll be fine.”

She says people needed prompting to recall the memories of lockdown and so far Labor was not reminding them of that issue. “What people are going through right now, it’s a matter of getting their basic needs met,” she says.

That was all Abraham Adam and his family of five, who live in Smithfield, said when asked what they cared most about this election. 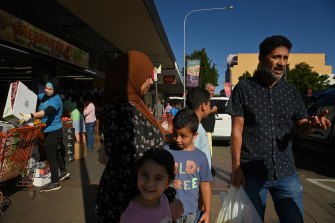 “We are always looking for a house. I have a problem with my knee and back, I pay $550 rent… The house stinks, it’s smelly and very expensive. We don’t know what to do,” Adam says.

“If the government could do something about that would be great. I don’t know the future for my kids… Now the cost of life has become very high. We need a house. I can’t sleep, I don’t know what to do.”

He accepts the lockdown was in place to protect people, but in the strongly Labor-held electorate of McMahon, his vote is “definitely not for this prime minister”.

Cut through the noise of the federal election campaign with news, views and expert analysis from Jacqueline Maley. Sign up to our Australia Votes 2022 newsletter here.