AN ARMED intruder who broke into Windsor Castle with a crossbow as the Queen celebrated Christmas has been sectioned.

Detectives from the Metropolitan Police announced tonight that the 19-year-old man had been detained under the Mental Health Act after breaking into the royal residence. The teenager, from Southampton, reportedly used a rope ladder to scale the castle walls.

Her Majesty was inside eating breakfast before her tribute to late hubby Philip was broadcast to the nation in her emotional Christmas Day message.

The Met’s Royal Protection command are responsible for maintaining security within the perimeter of the castle.

Police confirmed they swooped on the man at 8.30am “within moments of him entering the grounds”.

He did not gain access to any of the buildings, they said.

Today, officials said: "Officers from Thames Valley Police and the Metropolitan Police responded to a security breach at around 8.30am on Saturday, December 25 within the grounds of Windsor Castle.

"A 19-year-old man from Southampton was arrested on suspicion of breach or trespass of a protected site and possession of an offensive weapon.

"Security processes were triggered within moments of the man entering the grounds and he did not enter any buildings.

"Following a search of the man, a crossbow was recovered.

"The man was taken into custody and has undergone a mental health assessment – he has since been sectioned under the Mental Health Act and remains in the care of medical professionals.

"Enquiries into the full circumstances of this incident are being progressed by Metropolitan Police Specialist Operations."

It's alleged the man used a makeshift ladder to climb over a spiked fence off the Long Walk, in a publicly accessible area close to apartments used by Her Majesty.

Full list of supermarkets and shops closed on Boxing Day

A royal source said: “Police responded to this very quickly – but it is still terrifying and shocking that it happened while the Queen and senior royals were at Windsor for Christmas.”

Former royal police protection officer Dai Davies said: “This is worrying and a review will be carried out after this shocking incident.”

It is understood there were no terrorist or extremist-linked motives behind the incident.

Officers from Thames Valley Police and London’s Met are probing whether he made the 60-mile trip to Windsor from Southampton on Christmas Day.

A new security review will now take place as a matter of routine.

The castle's defence systems were beefed up after self-styled comedy terrorist Aaron Barschak broke in during Prince William’s 21st birthday party in 2003.

The Queen, 95, and other royals were informed of the latest security breach, which happened as Her Majesty had breakfast.

Just over two hours later, royals including Charles, Camilla, Edward and Sophie walked in the castle grounds to a Christmas Day church service.

The Queen has been performing “light duties” since a health scare saw her go to hospital in October, and she did not attend the church service yesterday.

This was her first Christmas without Philip in 73 years after the Duke of Edinburgh died, aged 99, in April. 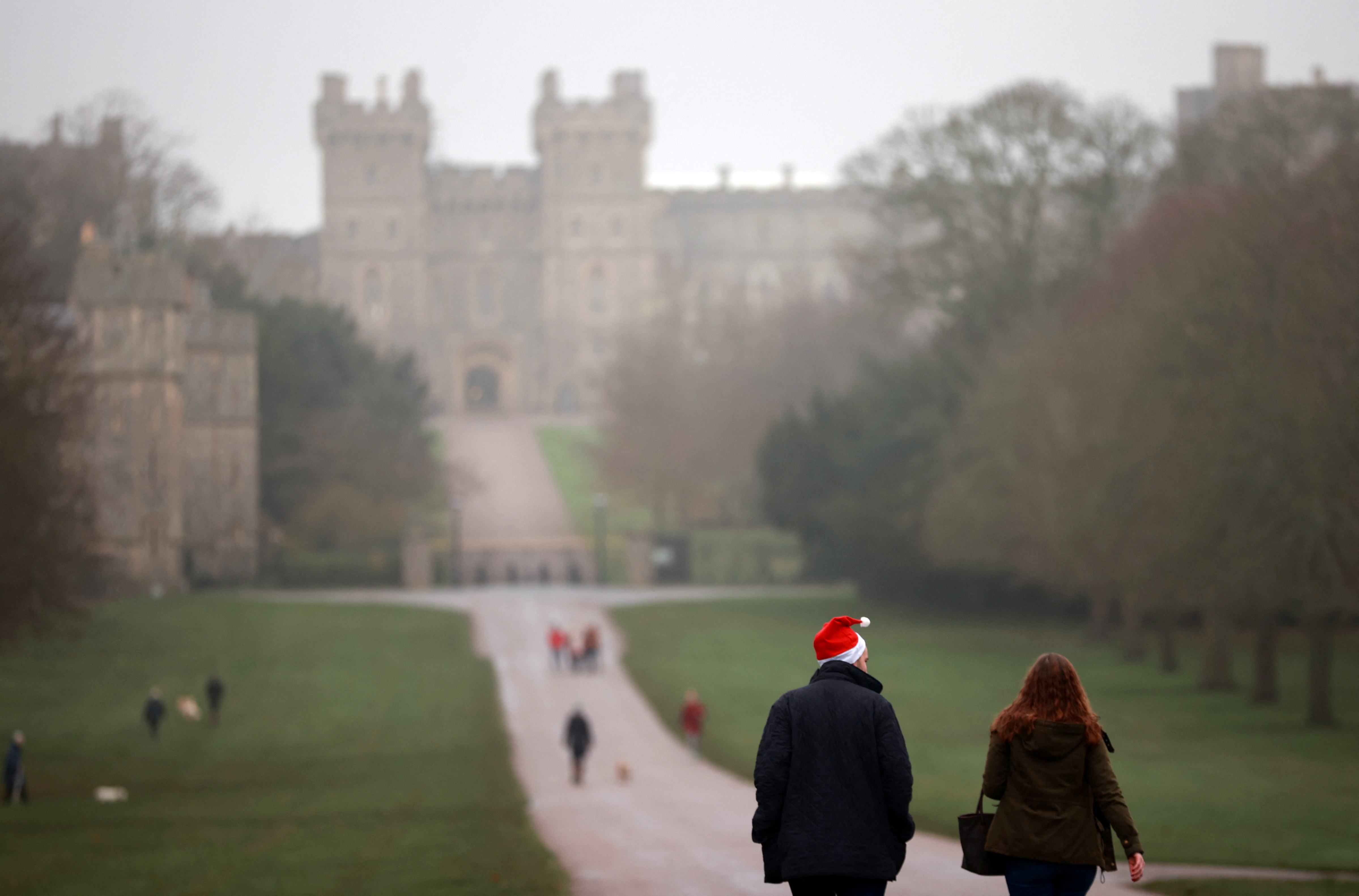