ALMOST 80 MILLION Americans have been advised to be on the watch for heavy snowfall, sharply dropping temperatures, high-speed winds, and otherwise icy conditions.

From Oregon to New York, the National Weather Service has issued warnings to 32 states in regards to two incoming winter storms. 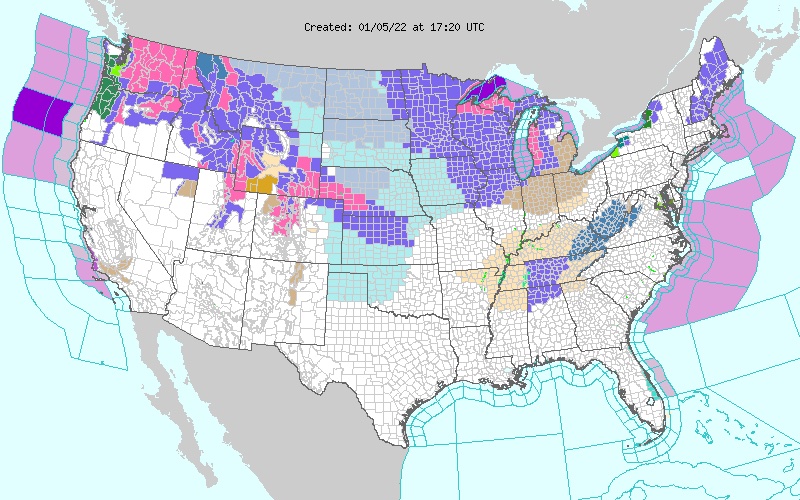 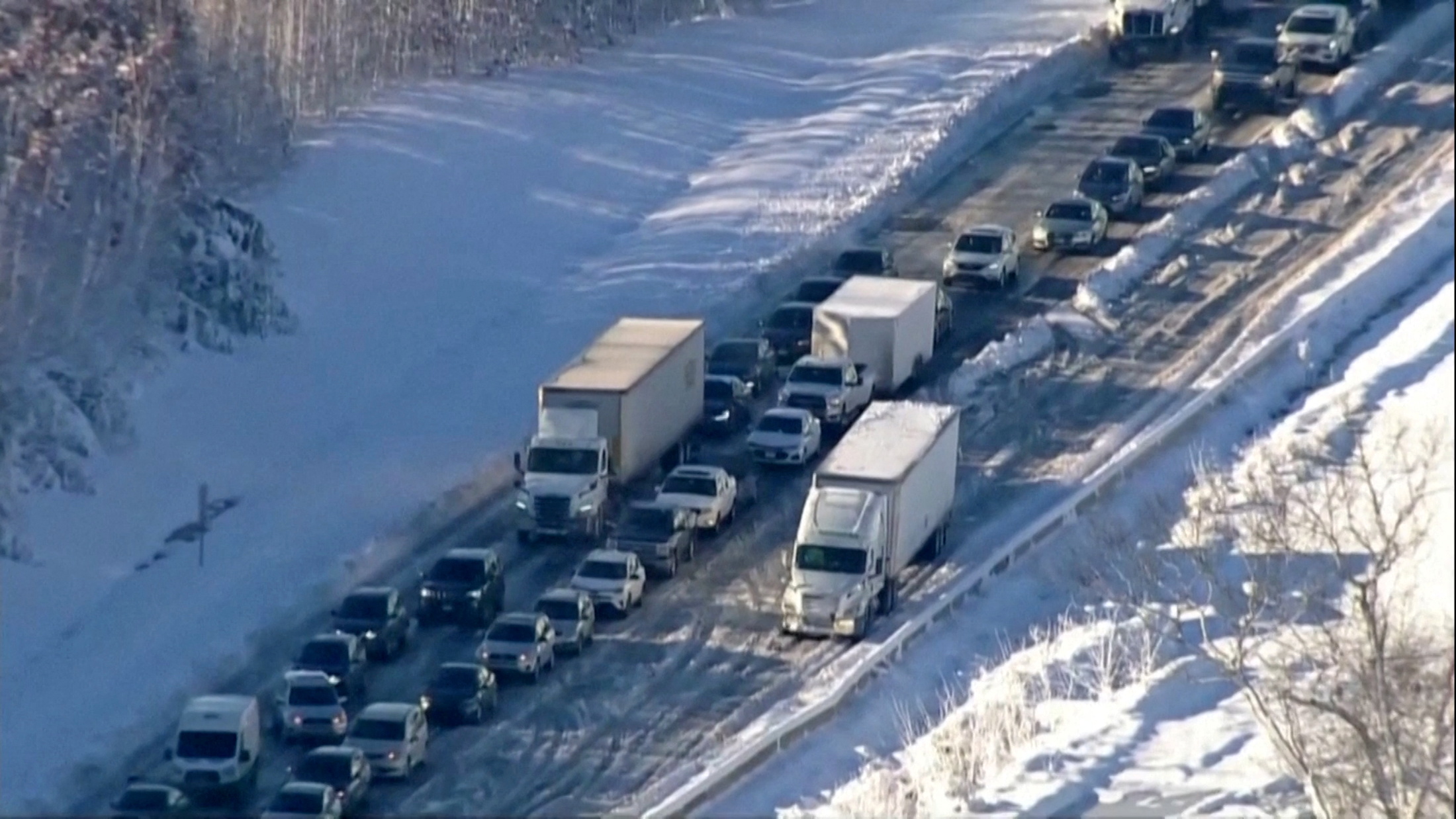 As of Wednesday morning, one storm is coming in from the upper Midwest region and another sweeping in from the Pacific Northwest and the Rocky Mountains.

The first storm is expected to come from the Great Lakes and sweep across Wisconsin, Michigan, and New York, bringing heavy snows and temperatures well below zero trailing just behind it.

Snowfall in the northeast is projected to carry into Thursday night and Friday morning.

The cold front coming in from the east will be closely followed by temperatures mild enough to keep most precipitation down to light rain shows in the northeastern states.

The second storm will continue to move t through the Rocky Mountains, bringing with it heavy snow and strong wings to Colorado and Wyoming.

The mountainous regions can expect very heavy snow and high-velocity winds, according to the latest forecasts.

In addition to below freezing temperatures, snowfall between 2 and 3 feet is expected, as well as frigid winds up to 75 mph.

The warnings come days after snow storms caused a massive traffic jam that shut down I-95 between Virginia and the Capital.

The jam was caused by a multi-car accident that occurred during the heavy snowfall Monday morning.

I-95 re-opened Tuesday evening after the emergency closure which left thousands stranded overnight on the freezing interstate corridor.