Student unions have come under fire for mounting ‘an assault on free speech’ while costing the taxpayer millions each year.

Sombreros, beef, clapping and cowboy outfits are just a few of the things to have been banned in recent years by ‘woke’ students across the country.

Blacklisting types of food and dress, censoring language and no-platforming controversial speakers have been highlighted in a new report advocating a shake-up of how these unions operate.

The research by the Adam Smith Institute found that student unions cost taxpayers and students £165million per annum – an average of £75 per student a year.

Yet despite students being forced to be members of these bodies, dissatisfaction is high with only one in ten actively participating in elections.

It has led to criticism that student unions are pursuing illiberal and authoritarian policies thought to command little support from their members. 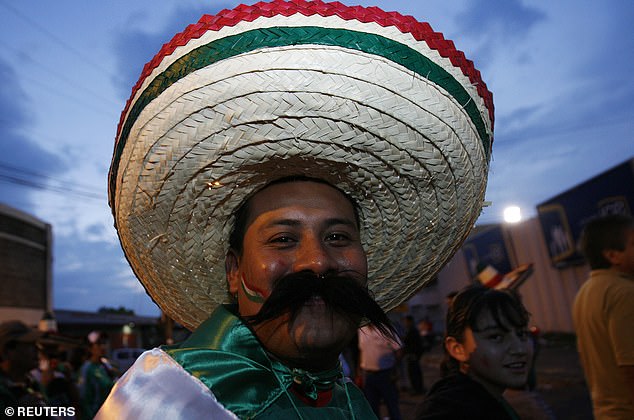 Sombreros, beef and clapping are just a few of the things to have been banned in recent years by ‘woke’ students across the country 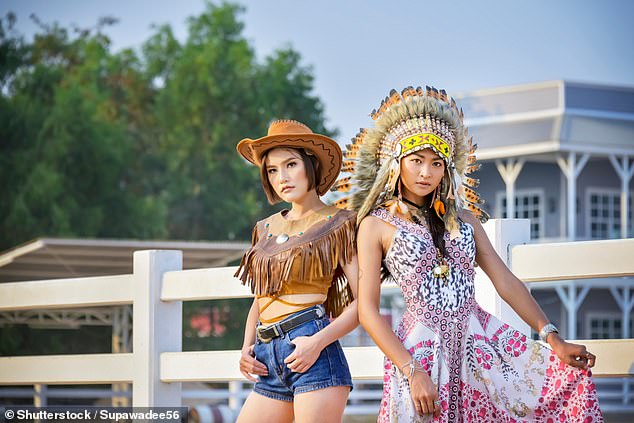 Blacklisting types of food and dress (such as cowboy outfits), censoring language and no-platforming controversial speakers have been highlighted in a new report advocating a shake-up of how these unions operate

Examples of language being censored by students include banning the ‘harmful’ phrase ‘as you know’ at Bath University and Rudyard Kipling’s classic poem ‘If’ at Manchester in 2018.

In 2014, UCL Students’ Union banned its Nietzsche Society after it put up posters stating ‘Equality is a False God’ while in 2016 gay rights campaigner Peter Tatchell was described as ‘transphobic’ in a no-platforming row at Canterbury Christ Church.

The authors of the report ‘State of the Unions’ argue that: ‘This agenda has made many students, including Jewish students, Christians, conservatives, and traditional feminists, feel uncomfortable on campus.’

In recent months, beef bans have become increasingly popular at universities like the LSE and Goldsmiths while fancy dress parties are also facing a clampdown.

In February Oxford University SU banned vicars and tarts parties for fear of their impact on ‘marginalised communities’.

And earlier this month Aberystwyth Student Union banned parties held on a drag theme on the grounds that they ‘make a mockery’ of the transgender experience. 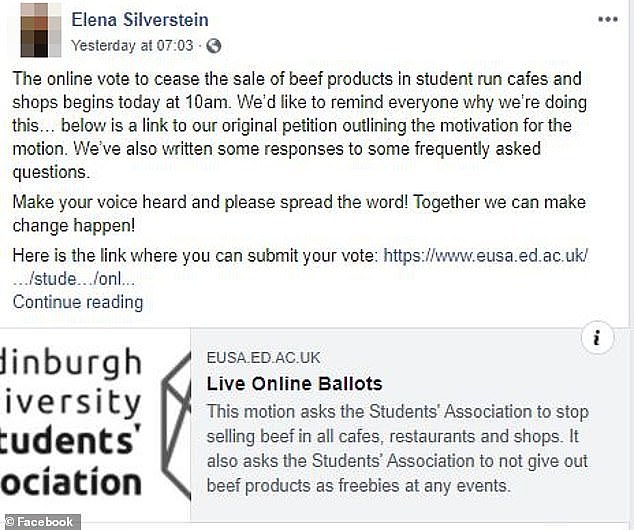 Former Chancellor Sajid Javid said of the findings: ‘In Student Unions across the UK, an intolerant minority is seeking to silence those they disagree with under the banner of no-platforming and safe spaces.

‘Their campaign of censorship is an assault on one of our most precious and fundamental rights – freedom of speech.

‘Championing students by protecting legal free speech should be one of the higher education sector’s top priorities.’

The report aims to address these problems by adopting the old Scottish model, still in operation at Glasgow University, in which functions are separated into a student union providing the social activities, a sports association, and a student representative council. 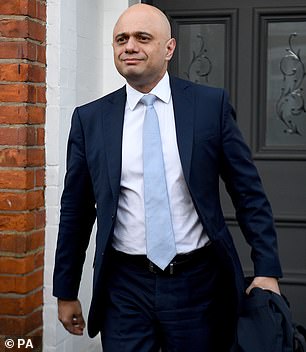 Robert Halfon MP, Chairman of the House of Commons Education Committee has welcomed the proposals and said they deserve ‘careful consideration.’

‘For instance £160m could support a lot of bursaries. It is vital students have a voice but the report highlights there are also issues around the extent to which student unions represent student cohorts and their needs.’

NUS President Larissa Kennedy said: ‘This report is filled with outright lies and errors from its outset about the funding of Students’ Unions and the role they play in students’ lives and in society.

‘The truth is that students’ unions are the very home of rigorous debate and new idea, and they are not funded by taxpayers’ money.’

A NUS spokesperson added: ‘This is a very poorly researched publication that contains a large number of serious errors and/or outright misinformation.

‘At a time when we know people are worried about where to get trustworthy information online, it’s especially concerning to see high profile politicians supporting something like this.’