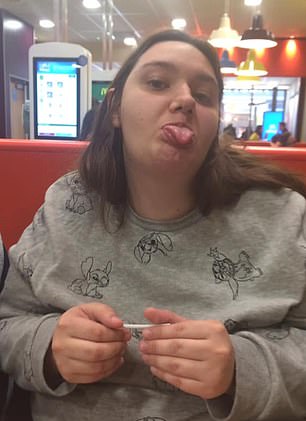 A woman burnt her cottage pie to a crisp after putting it in the microwave for 45 minutes.

Kylie Jarman, 20, from King’s Lynn, Norfolk, has hit out at Sainsbury’s claiming the culinary disaster was caused by the instructions on the packaging not being clear enough.

Ms Jarman had planned to share the £1.39 meal with sister-in-law Sarah McKown.

Not realise she had made an error, Kylie said: ‘Don’t buy cottage pie from Sainsbury’s as this is what happens when you put it in the microwave for 45 minutes.’

Soon afterwards, however, dozens of her friends revealed her mistake to her in the comments.

One wrote: ’45 mins in the microwave, I’m surprised it’s not radioactive.’ 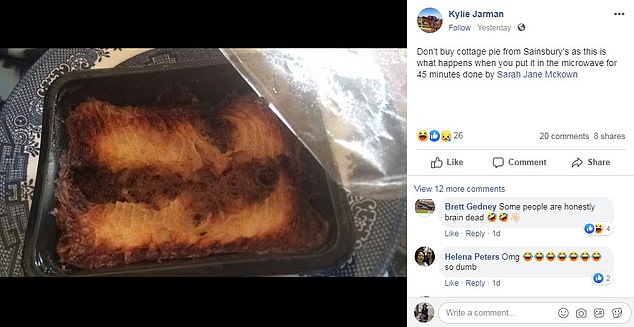 Kylie told The Sun: ‘The pack had cooking instructions on two sides, one for the microwave and one for the oven.

‘I thought it said 45 minutes in the microwave because it had small writing.

‘I did momentarily think it was a little strange when Sarah tapped in ’45’ on the microwave but we were so tired and hungry neither of us noticed.’

Unemployed Kylie said: ‘We can have a laugh about it now. It’s silly but we’ve had a giggle.’ 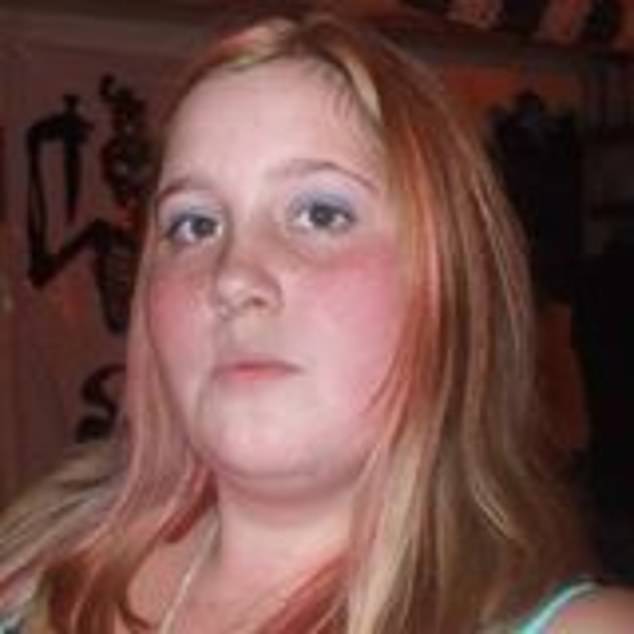 Ms Jarman had planned to share the £1.39 meal with sister-in-law Sarah McKown (pictured)