Deborah Brown from Richmond, Virginia, said she first bought 20 tickets with the combination 1-0-3-1 at a petrol station. 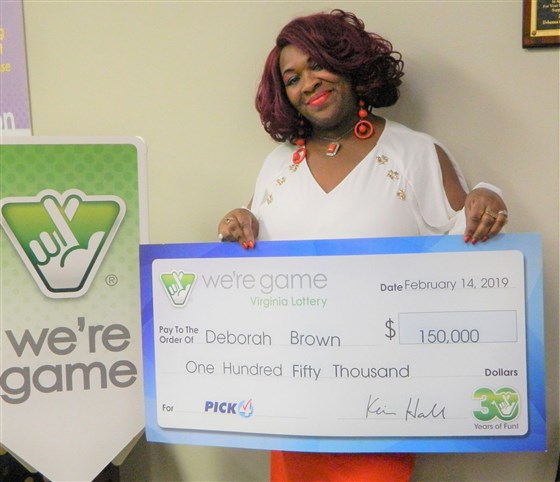 But she then started seeing the same four digits throughout the day – so tested her luck further by buying another ten tickets at the same location, NBC reports.

A winning number is then picked twice a day, and anyone carrying a ticket bearing that number nets them $5,000 (£3,823).

I nearly had a heart attack

"I nearly had a heart attack," Brown said, according to a statement from Virginia Lottery.

The odds of matching all four numbers in order are 1 in 10,000, the agency said.

Brown has said she has no immediate plans for her winnings, but may renovate her home.

John Hagerty, a spokesman for Virginia Lottery, said buying more than one ticket with the same series of numbers does not improve the chance of winning because only one series can win in each drawing.

He added that it was unusual, but not unprecedented, that Ms Brown had picked the same combination for all her tickets.

“In general, people who buy multiple tickets will spread the numbers around,” he said.

“But we do see people buy multiple tickets with the same numbers in order to increase that prize.

“And sometimes it works."