A WOMAN taking photos from a zipline platform plunged to her death when she was pushed over the edge of a ravine.

The victim had been taking pictures from a landing platform at a scenic spot near the city of Fenyang, in northern China's Shanxi province when the tragedy occurred. 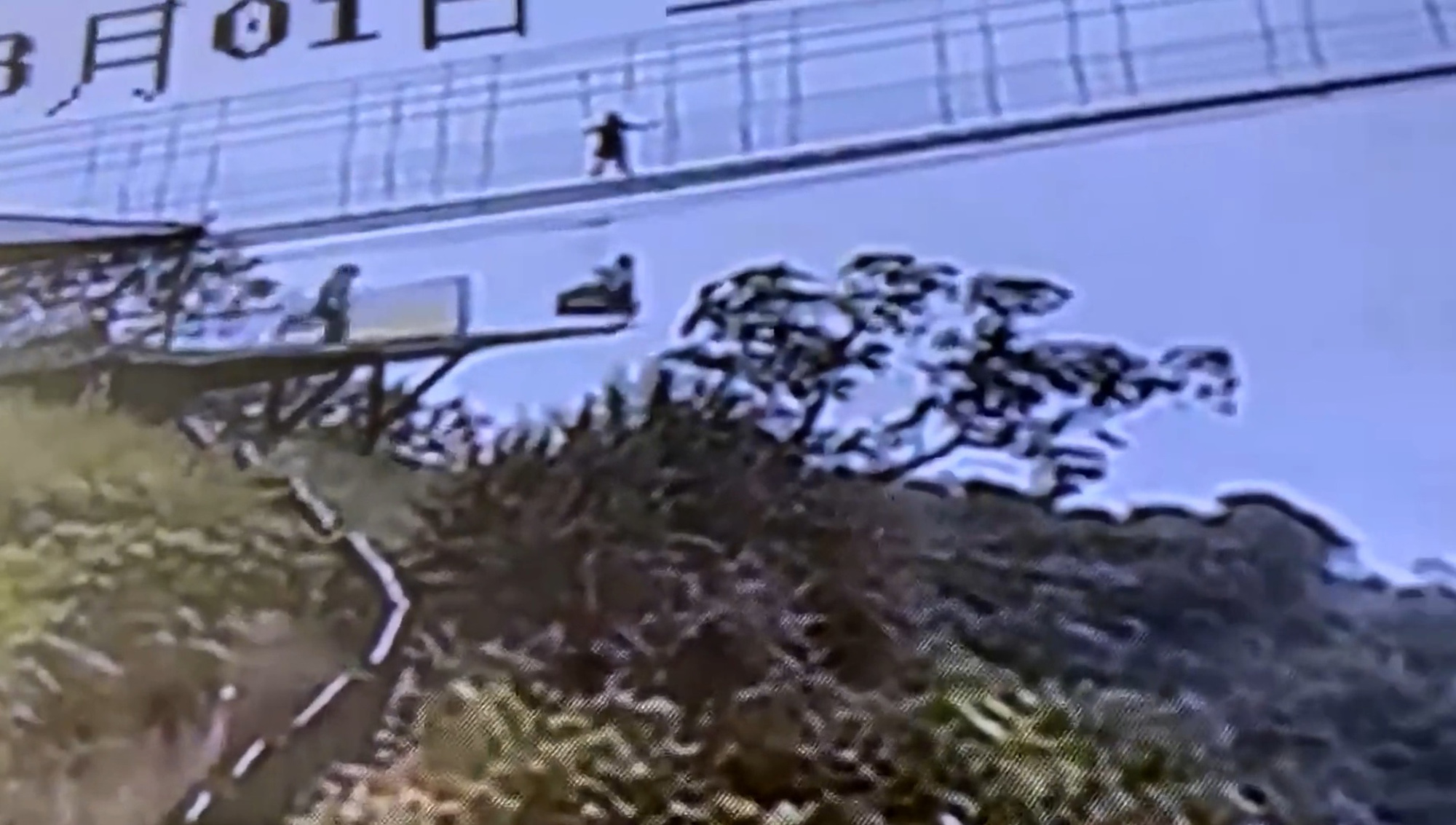 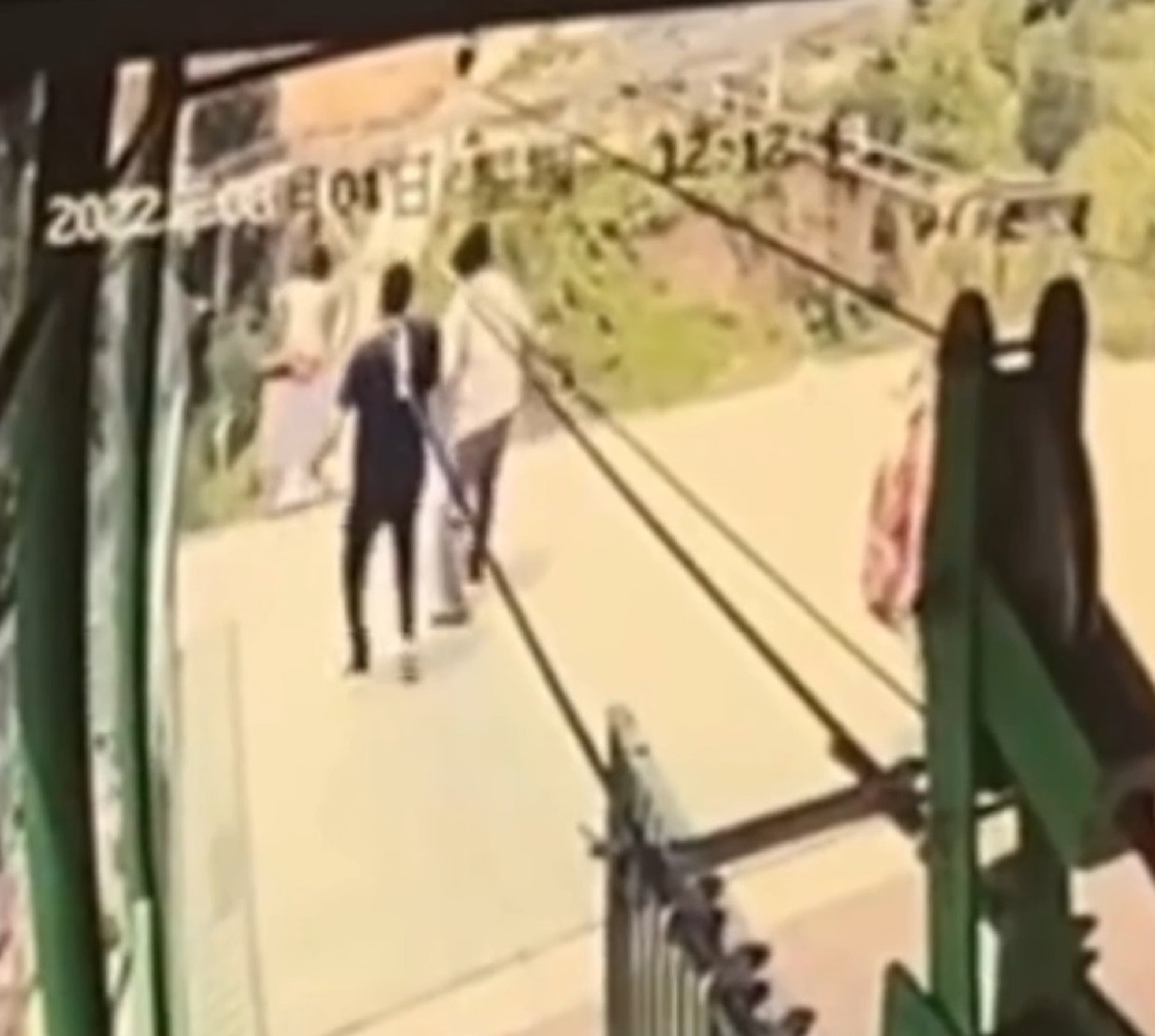 Terrifying security CCTV footage of the drama showed the fatal moment as she took snaps of someone climbing on cables above the zipwire.

But tragically she was oblivious to the oncoming ride's machinery as it headed straight towards her.

The video showed the blunt impact of the heavy equipment as it hit the woman head-on, scooping her up, before carrying her over the ravine's edge.

Two desperate workers quickly attempted to rush to her aid but were too late to stop the woman toppling over the edge. 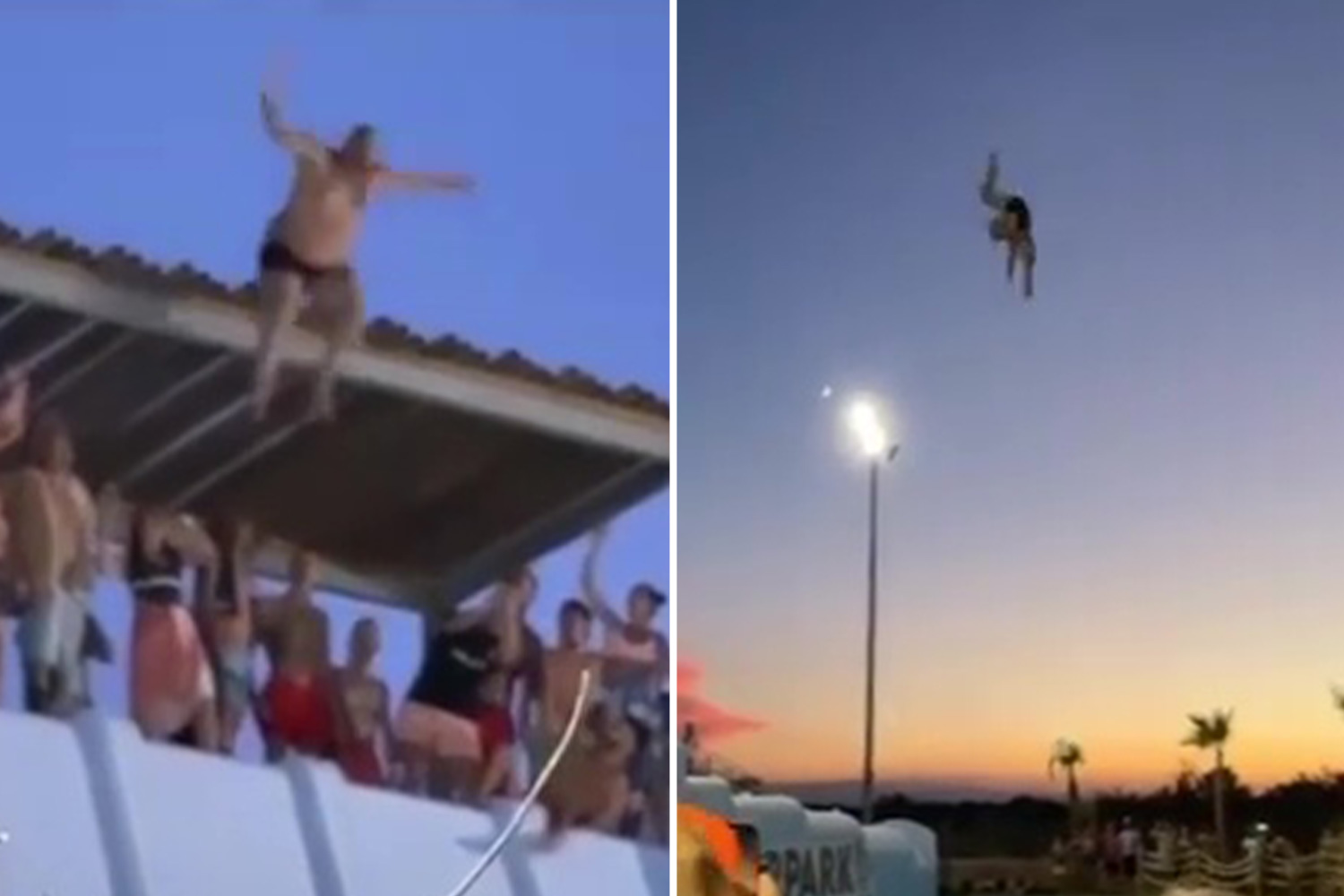 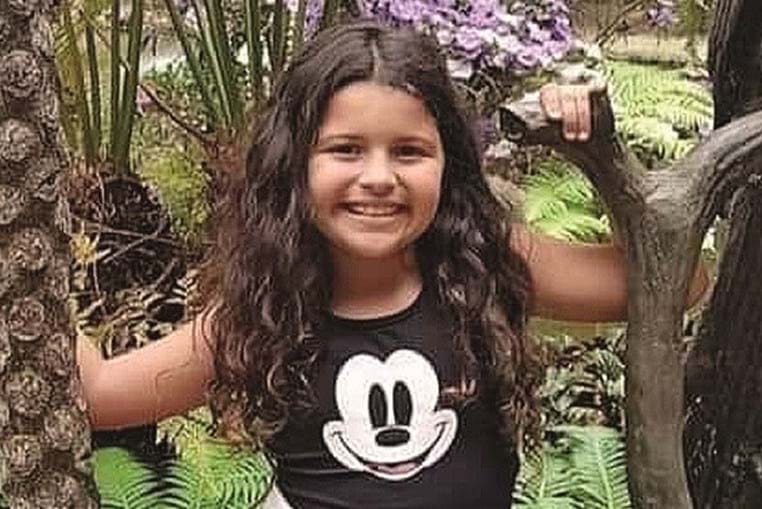 Probe after girl, 8, killed by rally car ‘as she followed parents across road’

Reports suggest the woman managed to cling onto the edge for a few seconds, but lost her grip and plunged further over the edge.

According to local media, rescuers found her hanging from a bush just a few feet above the ground, and resorted to using a tourist bus to help her down.

Tragically, she died later at Fenyang Hospital of multiple injuries.

Terrified Brit boy, 8, savaged by sharks on holiday in the Bahamas

At the time of writing, police have not named the victim but confirmed she was a visiting tourist to the area.

The zipline business has since been shut down and a police investigation into the incident is ongoing.