A HEARTBROKEN dad screamed “my kids, my kids” after he jumped out of his burning home as his wife lay dying inside.

The man, 44, cradled his daughter while neighbours looked on in horror in Orpington, South East London, last night. 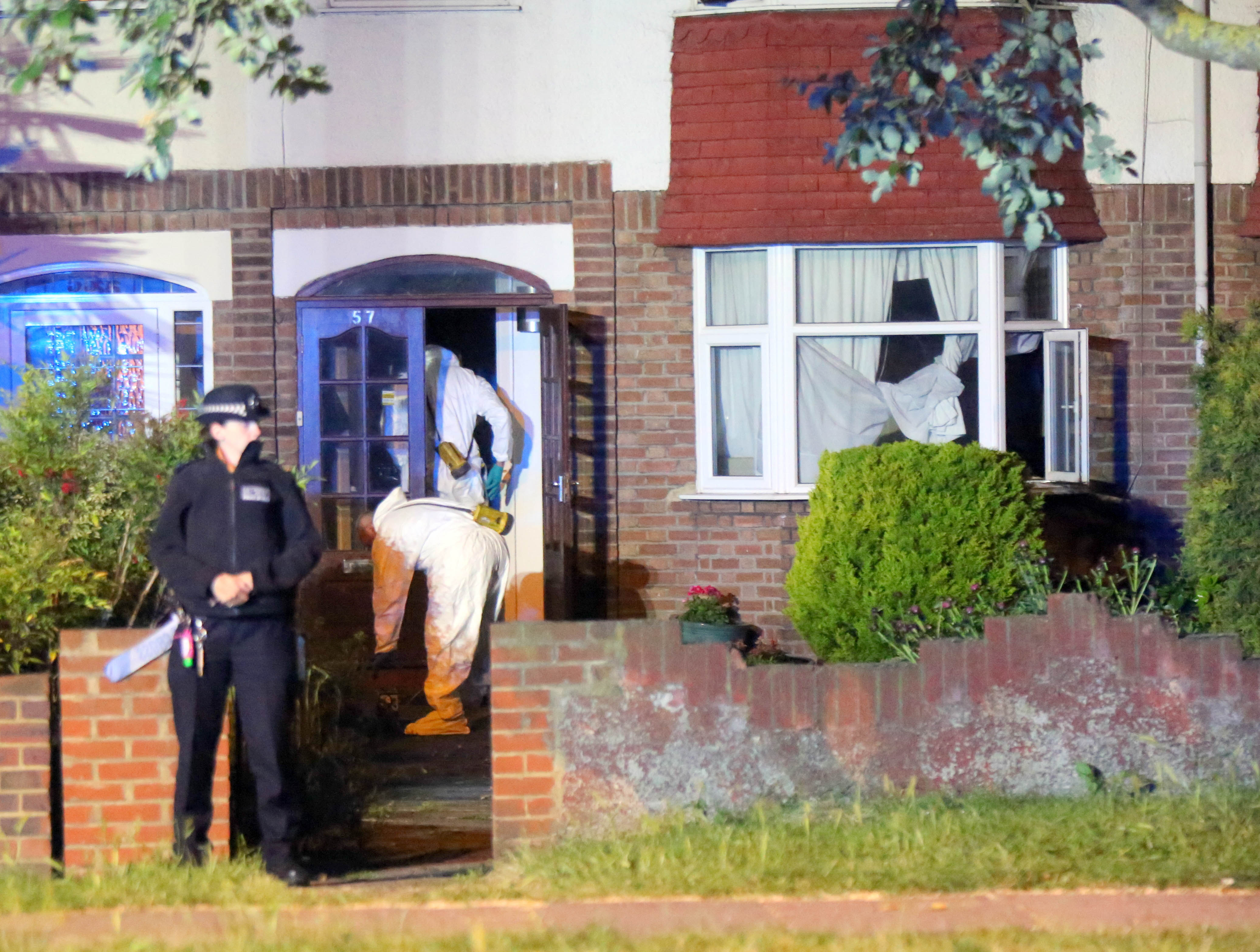 A woman, 45,  died at the scene and two children were taken to hospital for non life-threatening injuries.

Resident Denise Wheatley, 57, heard screams of “help, help” and sprinted out of her home to see the man on the ground after jumping out of his bedroom window.

She said their next-door neighbour sprinted around the back and came back with their son – who is believed to have jumped out a bedroom window.

Mrs Wheatley told The Sun Online: “I was woken up by people screaming outside.

“We heard a man shouting ‘help, help’. At first I thought someone had been stabbed or was in a fight.

“But I looked out of my bedroom window and saw the house a few doors down was on fire.

“All you could see was thick dark smoke.

The dad was wearing pyjamas and his whole bottom half was burnt – it was like he had tried to run down the stairs. It was horrible to see.

“I ran outside with my husband John and the whole staircase was on fire.

“The dad was screaming on the ground outside his house.

“He had jumped out of the window and was holding his daughter.

“He was screaming ‘my kids, my kids’.

“The dad was wearing pyjamas and his whole bottom half was burnt – it was like he had tried to run down the stairs.

“It was horrible to see. My husband phoned 999 and the police and fire brigade turned up.”

Mrs Wheatley said the family are Chinese and neighbours said they moved in nine years ago.

She added: “The boy must have jumped out of the back window because their next-door neighbour had run around the back and came back with him.”

Cops and fire brigade investigators have now launched an probe into the tragic blaze.

A police spokesman said: “Three other people were also taken to hospital – a 44-year-old man, who is in a life-threatening condition, and two youths (a boy and girl – ages currently unknown). Their injuries are not thought to be life-threatening.

“The occupants of the house are believed to be family members.”

Crews brought the fire under control in an hour and 15 minutes but sadly it was too late to save the woman.

A LFB spokesman said: “Four fire engines and around 25 firefighters were called to a fire at a house in Cray Avenue in Orpington.

“Part of the ground floor, first floor and staircase of the property were damaged by fire.
“Sadly one woman was pronounced dead at the scene.” 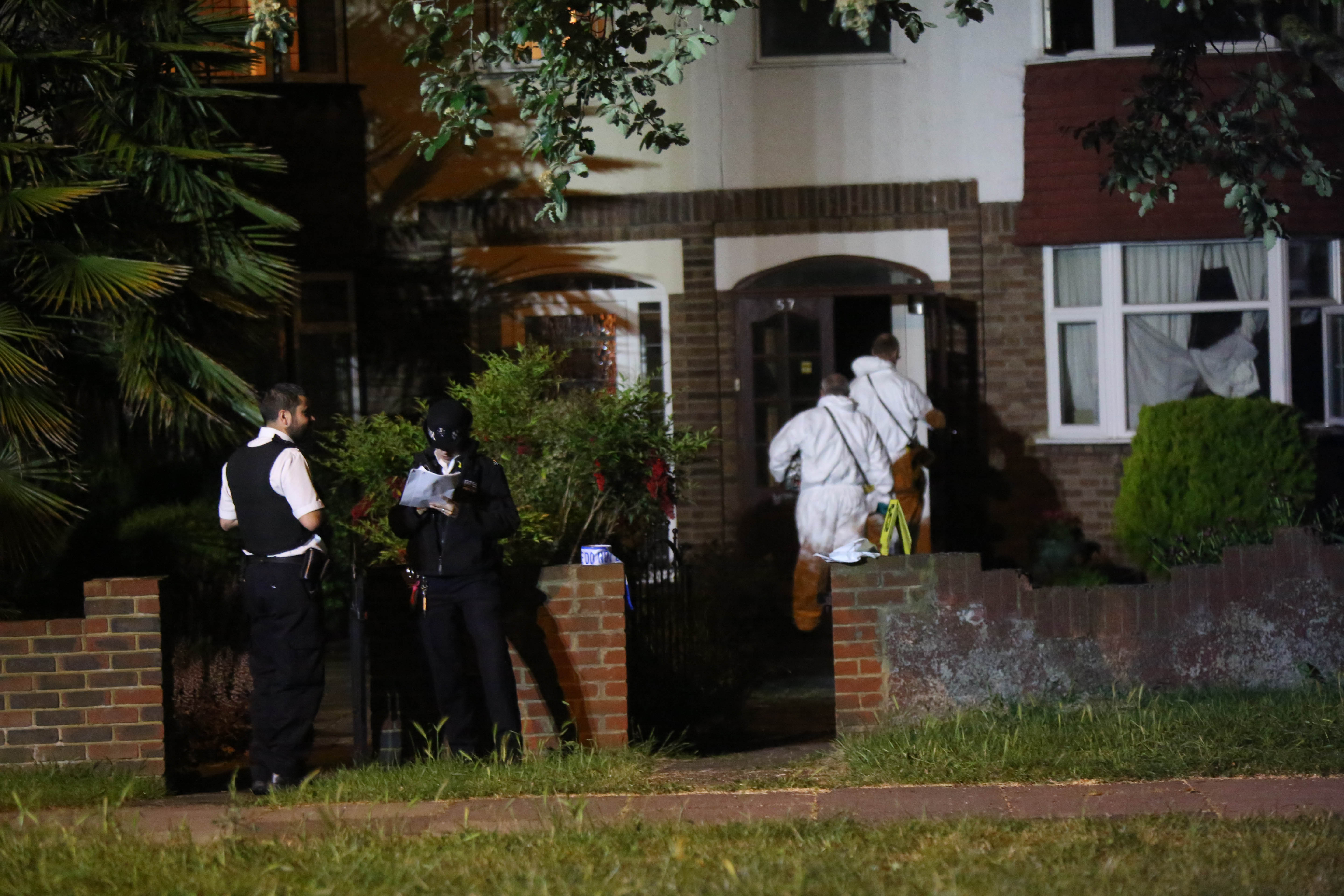 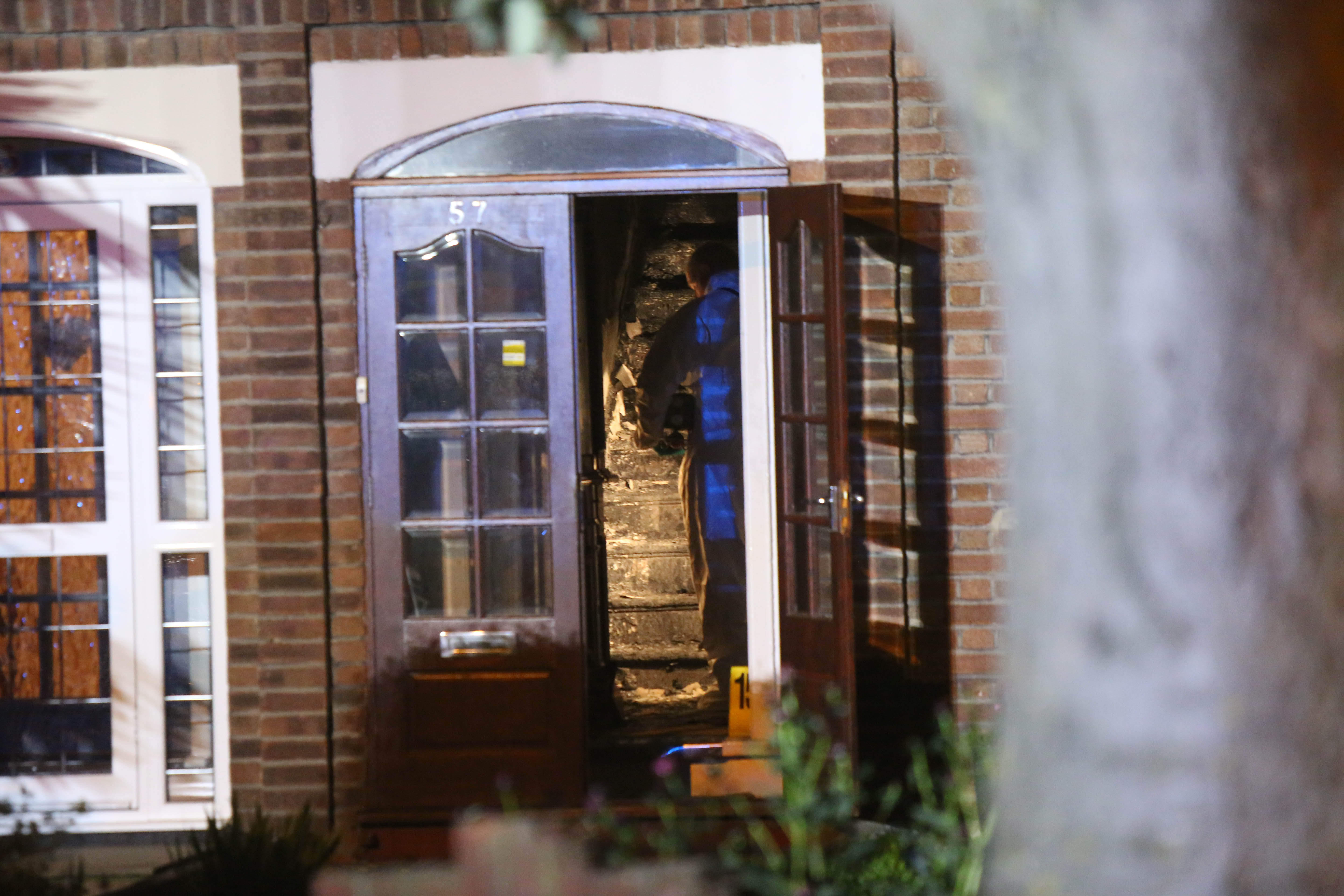