A woman killed on a train may have been leaning out of a window when she suffered a blow to the head, police have said.

The passenger died after sustaining serious head injuries on a Bristol Temple Meads-bound service, between Bath and Keynsham, on Saturday evening.

Police said the woman’s death is not being treated as suspicious. The Rail Accident Investigation Branch has been informed. 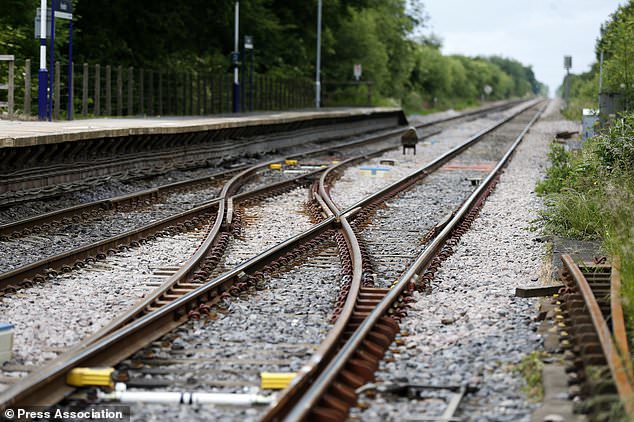 A British Transport Police spokesman said: ‘We were called at around 10.10pm following a report a woman had received serious head injuries while travelling on a train between Bath and Keynsham.

‘Officers from British Transport Police attended along with colleagues from Avon and Somerset Police and South Western Ambulance Service, but despite their best efforts the woman died at the scene.

‘Our investigation remains at an early stage, but initial inquiries suggest the woman may have been leaning out of a window when she suffered a blow to the head.

‘Officers are currently working to confirm her identity and inform her next of kin.

‘We are continuing to investigate the circumstances of the incident, which has been reported to the Rail Accident Investigation Branch.

‘The death is not being treated as suspicious and a file will be prepared for the coroner.’