A WOMAN refused to be rushed to the hospital without getting her hair and makeup done first – after she broke HER BACK.

The rollerskating enthusiast had been skating in her garage with as much protective equipment one could have on before the terrible incident. 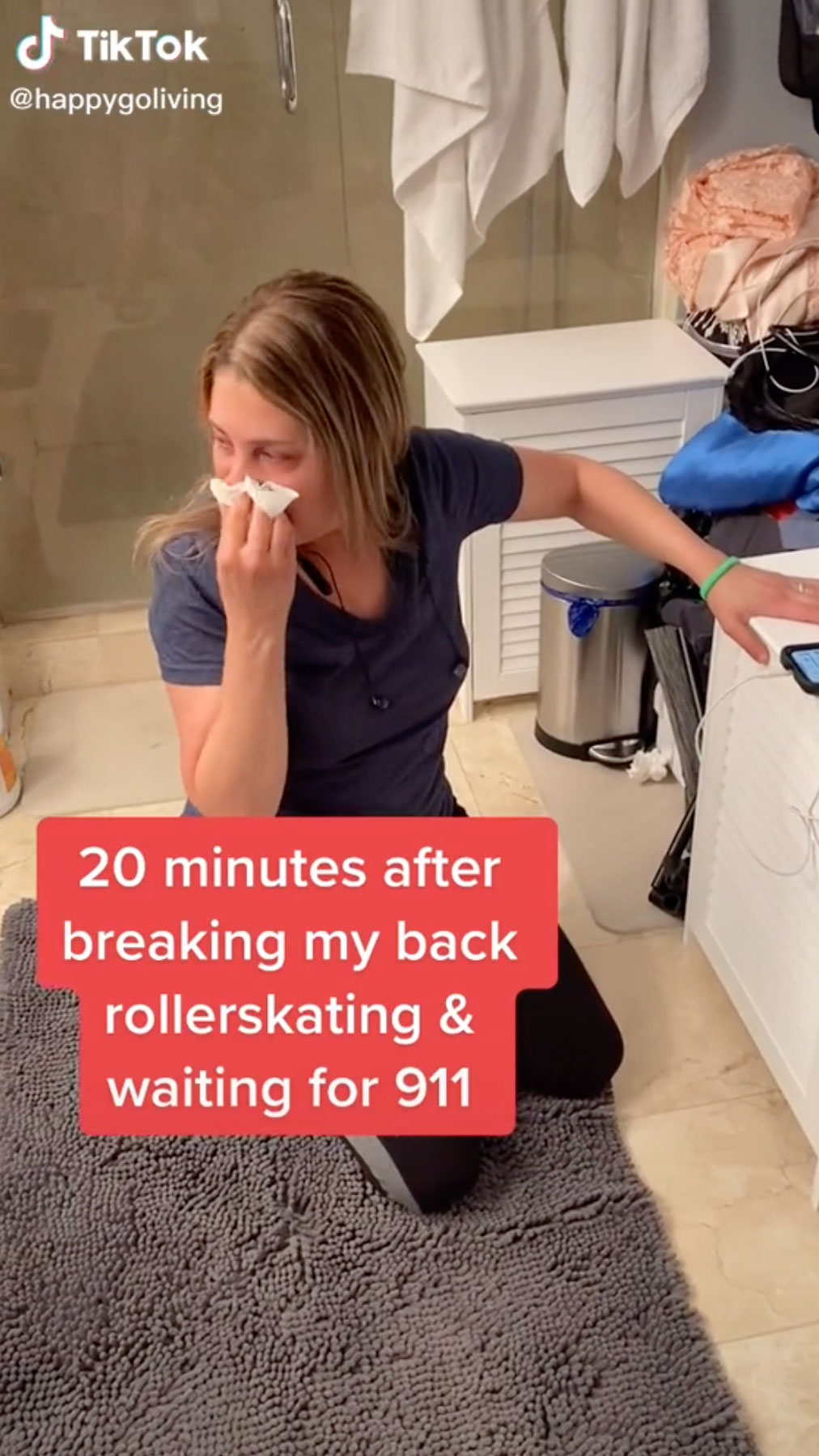 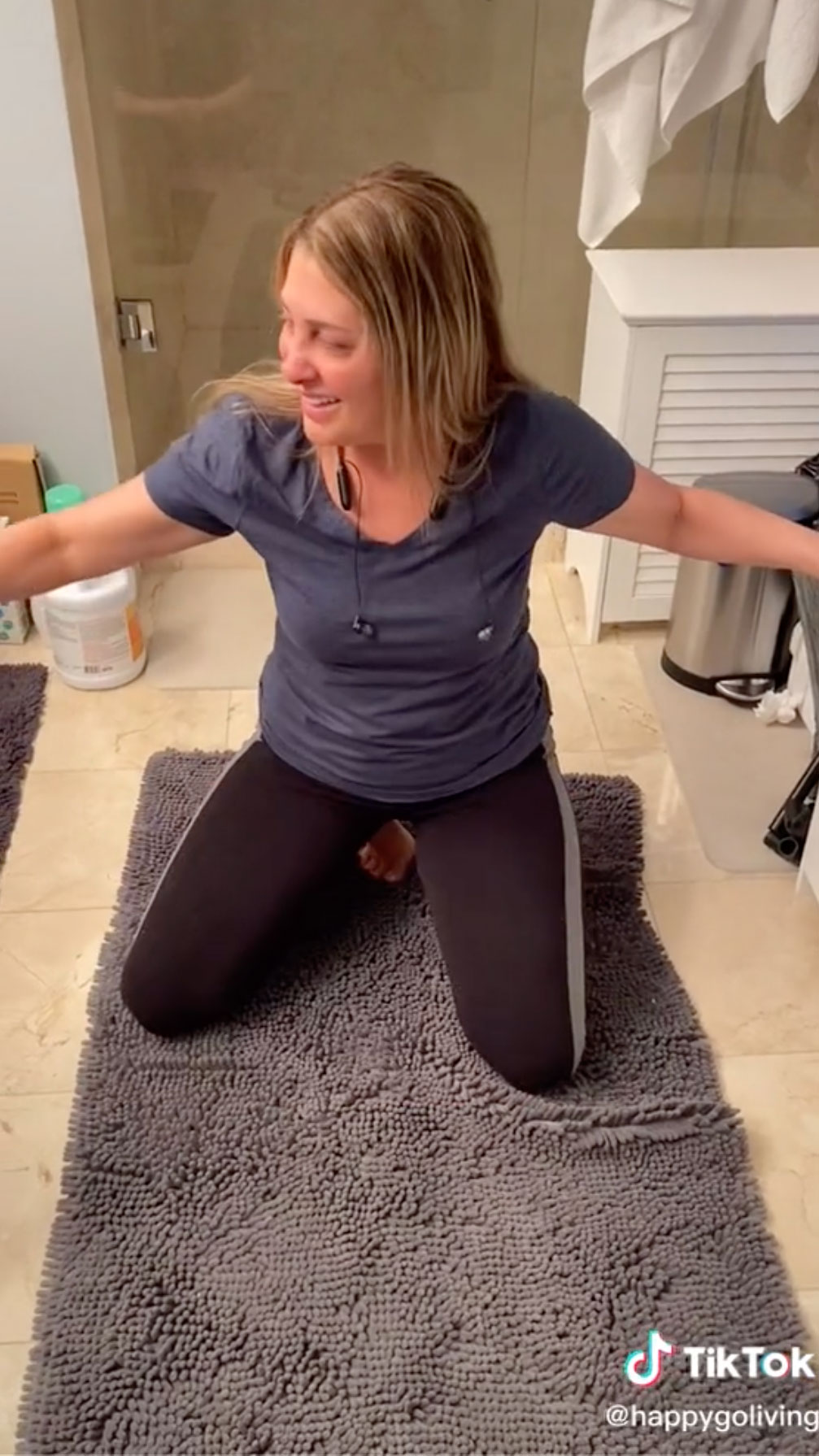 A TikTok woman shared the terrible but hilarious moment when she was waiting for the paramedics to assist her after she broke her back rollerskating.

In the video, the woman was seen kneeling on her bathroom floor as she asked the man filming her: "If I broke my back, would I know?"

The man then told her: "You wouldn't be laughing and putting makeup on, that's for sure."

She added on the video that this video had been shot 20 minutes after she had fallen while rollerskatingand was waiting for paramedics. 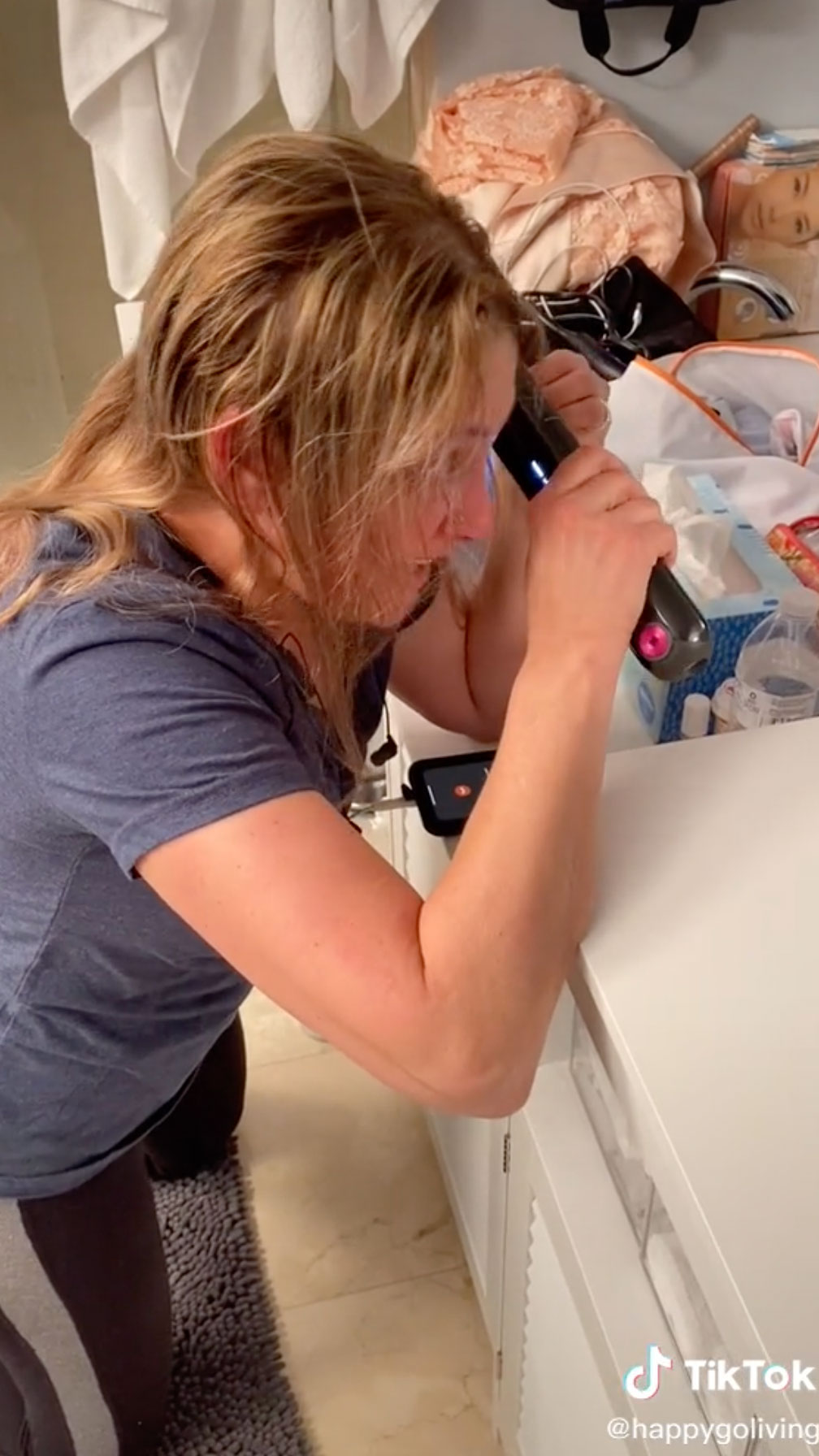 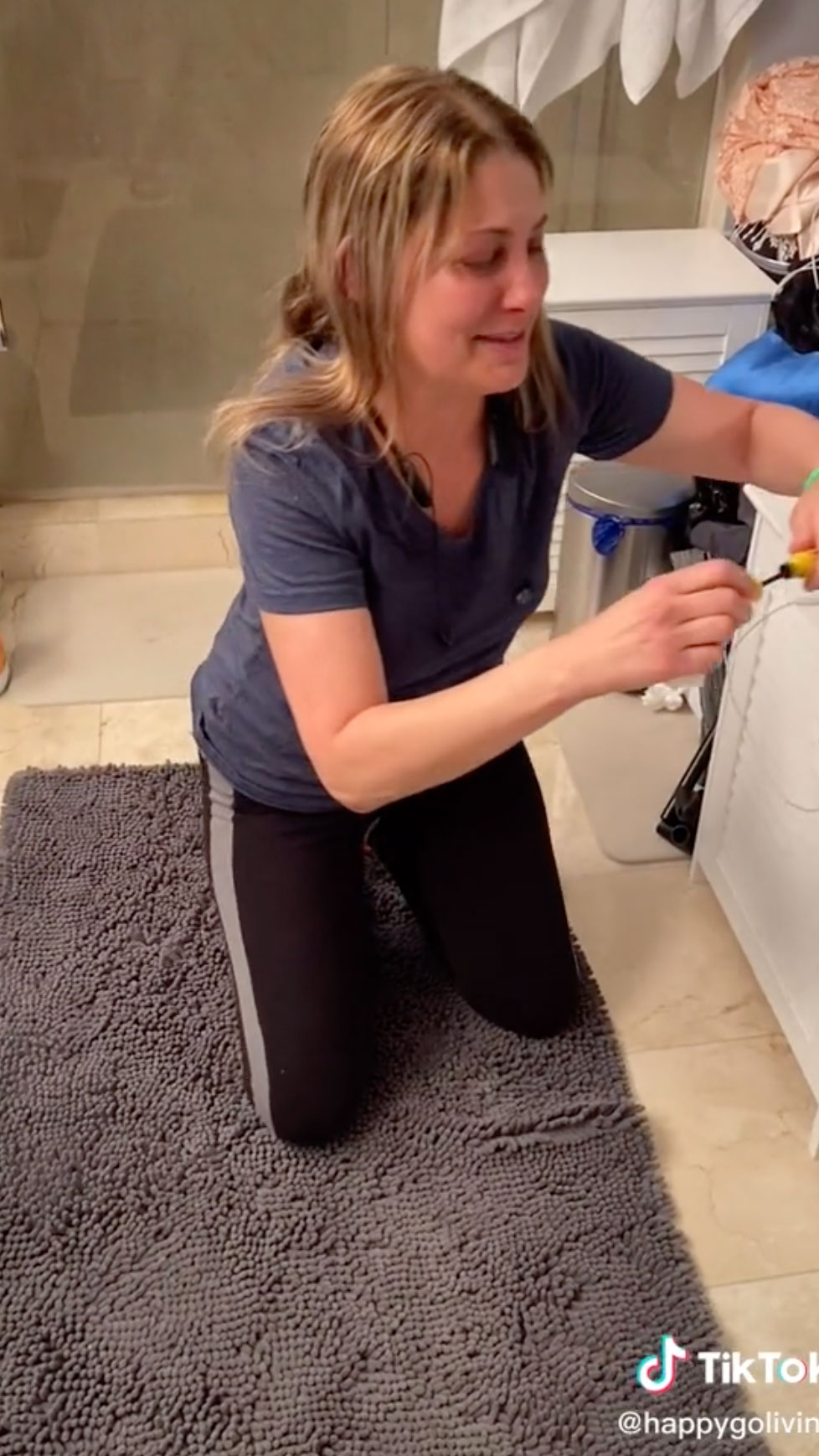 As she cried out in pain, she reached over her counter and grabbed a tube of mascara as she said: "I don't want to go to the hospital without mascara!"

She laughed as she did her makeup and grabbed a hair straightener to pass over her hair.

"I don't want to go without looking like s**t," she said in between laughs.

Her mom, who was on the phone, told her that the doctors wouldn't care about her hair.

The hurt woman then yelled at her partner: "If you're going to video me, video me from this side! That's my bad side!"

She then revealed that she had spine surgery a week later. 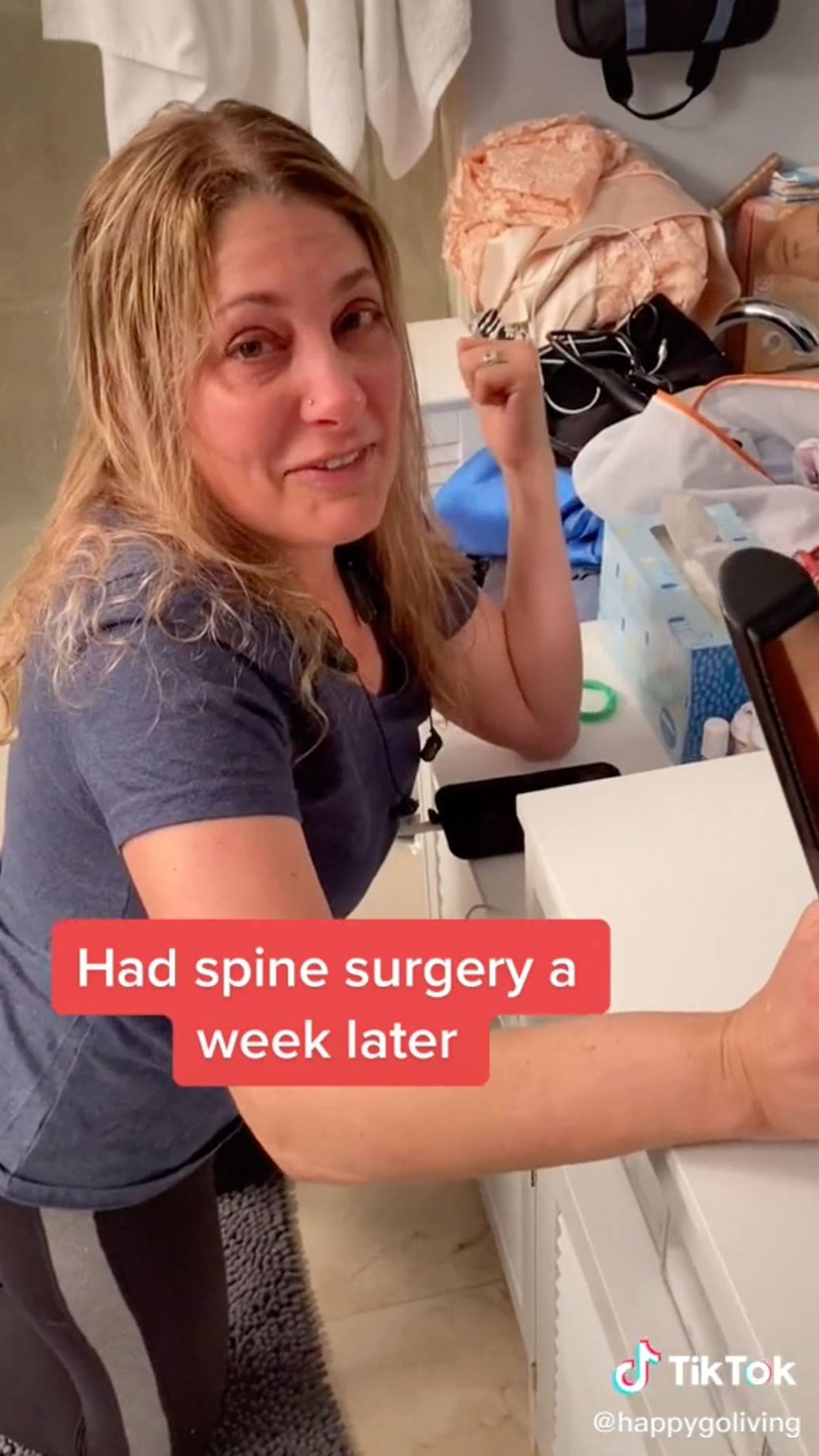 In a series of updates, she told her fans: "I fell off my rollerskates and I refused to go with the paramedics that night. I went to urgent care and they took an X-ray, they said it was nothing but if the pain gets worse, go to the ER.

"I woke up five days later, throwing up with so much pain. I went to the ER and found out I had a broken back.

"I did have spine surgery three days into being into the hospital and I feel a lot better, so the pain minimizes every day and I do plan on roller skating again but I'm going to wait until August and I'm going to wear a lot more gear than I had on.

"I was geared up! But it wasn't enough."

In a third video, she responded to those asking just why she felt she needed to wear makeup to get her spine checked out.

"In my experience as a woman, people just treat me better when I have makeup on and I don't look like a homeless person," she said.

"I mean, we as a culture, don't treat homeless people well, do we? I think it was part of me trying to control a situation that felt uncontrollable to me and also, as a woman, I think I get treated better and that's a sad testament to our culture."