How bible-loving schoolgirl went on to kill daughter in ‘human sacrifice: Sister of Jehovah’s witness who drowned her four-year-old girl says teenage drug-fuelled parties drove her to insanity 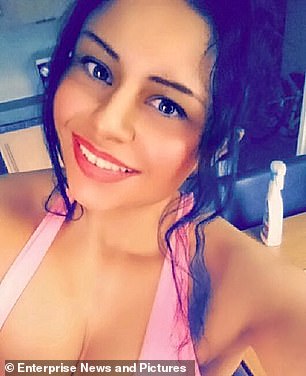 Carly Ann Harris, 38, was found not guilty of murdering her daughter by reason of insanity

The sister of a woman who killed her four-year-old daughter as a ‘human sacrifice’ has said she saw a change in her after she started going to drug-fueled parties as a teenager.

Carly Ann Harris, 38, killed her daughter Amelia Brooke Harris at their home in South Wales, in June this year but was found not guilty by reason of insanity at Newport Crown Court earlier this week.

Now her sister Tiffany Wright, 30, has said her sister, who is a former Jehovah’s Witness and use to go to bible classes, ‘went off the rails’ when she discovered drugs and alcohol shortly after her stepfather was wrongfully convicted of murder.

Ms Wright’s father and Carly’s stepfather, Yusef Abdullahi was wrongly convicted of the murder of Lynette White in Cardiff in 1988 but his sentence was quashed in 1992, reports the Sun.

Ms Wright, who was close to her sister and is haunted by the sight of her dead niece’s charred feet, said Carly started partying when she was 15 and never stopped.

She said: ‘Booze, cocaine, you name it, she used it – all the time. When she should have been at school, she was out with men in fast cars.’

The two sisters, who lived within a ten-minute drive of each other, were even together the night before Amelia’s death. 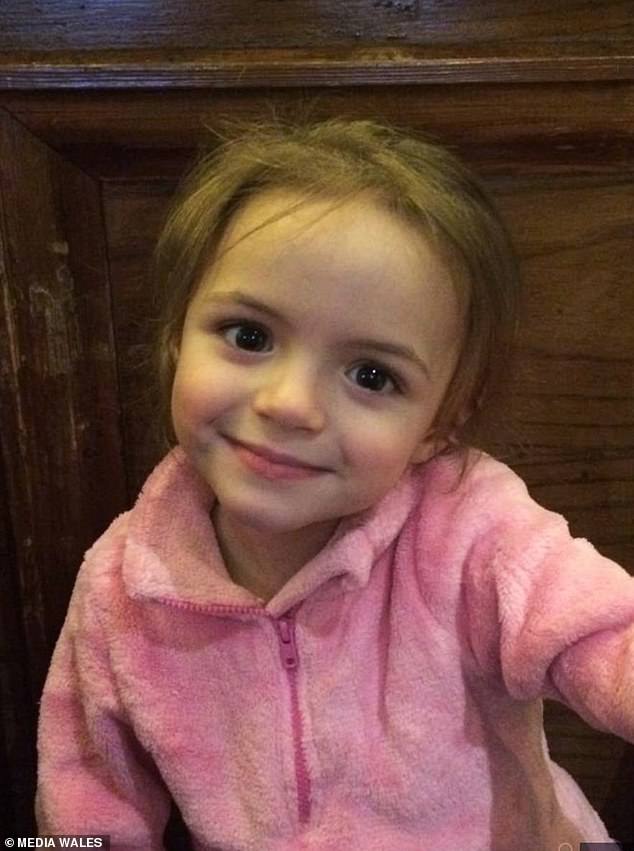 Ms Wright claims Carly drank two cans of Fosters before telling her to say goodbye to her young niece Amelia who had the ‘kindest heart.’

She said: ‘As she left, she said to me: “I’m really proud of you, Tiff. Now, say goodbye to Amelia.” I didn’t think much of it at the time, but now it makes me shudder.”

After Harris ‘sacrificed’ her daughter she called Ms Wright who rushed to her home.

She said: ‘I cannot get the sight of that poor girl out of my head. I could see just her feet sticking out from under the blanket and they were charred.’

At trial a psychiatrist said Harris appeared to have experienced ‘paranoid and religious delusions’ and believed she had to kill Amelia to save the world, and was being tested by God who would then return her daughter to her. 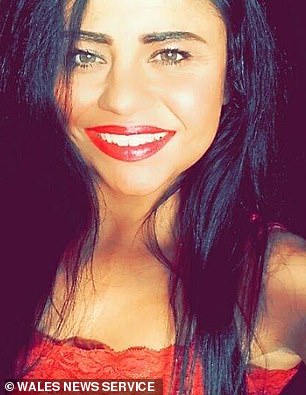 It was also revealed that Harris had suffered from schizophrenia following a urinary tract infection in 2014.

Prosecutor Michael Jones QC said it was an ‘exceptional’ case and the jury was asked to put their emotions aside as they heard the ‘harrowing and tragic evidence.’

One juror was excused 10 minutes into the trial because she could not bear to hear the gruesome details of how little Amelia died.

Amelia’s teenage brother found her body, wrapped in a sheet, on a table in their garden in Trealaw, Rhondda, South Wales, on June 8 this year.

Neighbours heard screaming and went into the street to see what was wrong, before finding Harris’s older children, who were visibly distressed.

The court heard that neighbour Megan Griffiths saw Harris standing in the front garden, looking ‘dazed’, and the defendant told her: ‘God will be with her. The angels have taken her.’

WHAT IS A SPECIAL VERDICT?

The jury in the trial of Carly Ann Harris was given instructions by the judge on how to approach its deliberations.

The jury found her not guilty of murder by reason of insanity.

A special verdict is a verdict in which the jury gives its findings on factual issues in the case.

The judge subsequently made an order under S37 of the 1983 Mental Health Act, necessary to protect the public from serious harm.

Under the act, a judge can authorise the defendant’s admission to and detention in a hospital as may be specified in the order or place him/her under the guardianship of a local social services authority.

The neighbour dialled 999 and went into the back garden of Harris’s house where she saw Amelia’s charred remains lying on the coffee table covered with a sheet.

Passing sentence, Mr Justice Picken said he was imposing a hospital order and restriction order without limit of time under the 1983 Mental Health Act.

‘This is a deeply sad case in circumstances where you have killed your four-year-old daughter Amelia at your house which you shared with her,’ the judge said.

‘These facts speak for themselves. A young girl rich in promise met her death at the hands of her own mother in the most horrific manner.

‘I am satisfied that you were suffering from a mental disorder, namely schizophrenia, which means it is suitable for you to be remain at a hospital for medical treatment and that is consistent with the jury’s verdict.

Speaking outside court, Harris’s mother Jacqui Harris, who was visibly upset, said: ‘It’s bittersweet… I am devastated and beyond words.

‘I lost Amelia and I lost Carly and the two boys lost their mother and sister and each other. I have lost my life.’