A woman has slammed a cold-hearted parking warden who fined her as she collected a steak pie for her blind mother.

A parking attendant in Ayr, South Ayrshire in Scotland has come under fire again after another disgruntled resident, Martha McCrone, was left counting the cost for venturing into town to pick up dinner.

This fine-happy attendant has been causing havoc amongst traders in the Scottish coastal town.

Business owners of Newmarket Street previously fumed after being on the receiving end of countless bookings. 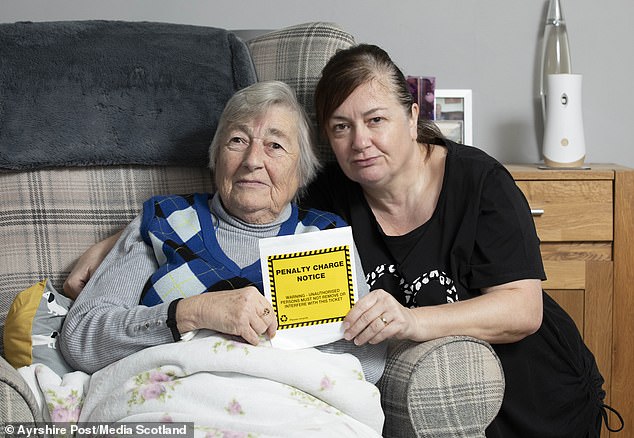 Now a resident has piled on the pressure on the same enforcement officer accusing him of being ‘smug’.

Martha McCrone was stunned when she was given a ticket after running into the shop to grab a ready-made order at Pollok Williamson’s butchers on Ayr High Street earlier this month.

She had taken her elderly mum Agnes, who is blind and wheelchair bound, into the town after their local shop in Forehill had run out of orders.

But she was left full of regret after the officer dished out a fine despite her only leaving her car for just minutes on Tuesday, November 4.

A furious Ms McCrone said: ‘I can’t believe I was booked when just going into the butchers to collect a steak pie.

‘It was at 4pm and it was pouring of rain. I have a blue badge for my mum but there was no disabled bays at all.

‘There was work going on at the other side of the road. I parked in a loading bay and walked two doors down to the shop.

‘When I got back the attendant was there. I went up and tried to explain. He had a smug look on his face.

‘He just ignored everything I had told him, he just said ‘will I hand you it or will I stick it on the car.’ I thought it was just so cruel and evil to do that really.’ 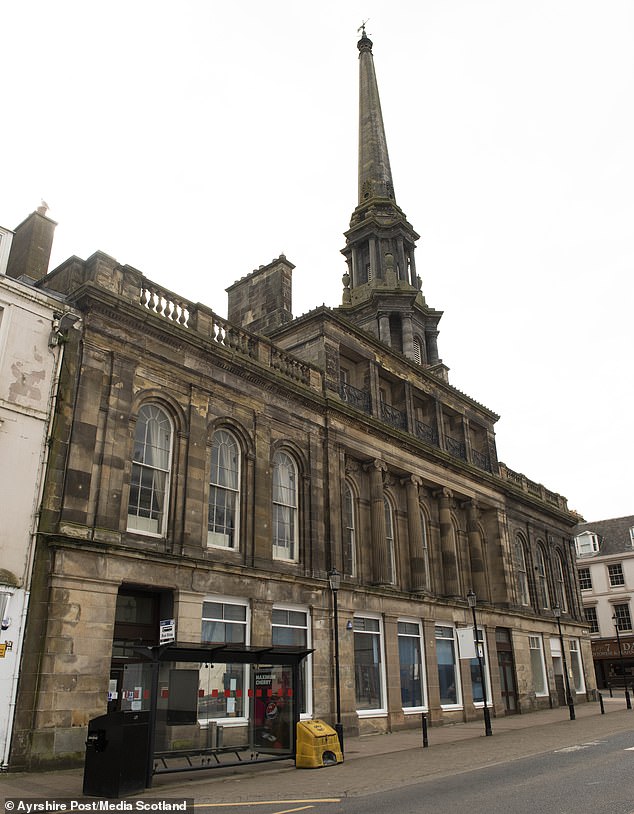 Roads chiefs have defended the attendant saying that non-disabled people should not ‘take advantage’ of their parking benefits while the blue badge holder sits in the car.

But Martha has strongly defended accusations that she has abused her mum’s blue badge.

She added: ‘I don’t abuse the blue badge but there wasn’t any available spaces and I was in the shop less than a minute.

‘It would have taken me 10 minutes to get my mum out the car and into a wheelchair.

‘The whole thing has really put me off coming into town. There is not enough spaces available and it is more hassle than what it is worth.’

A spokesperson for Ayrshire Roads Alliance said: ‘Blue Badge holders are entitled to park in many places which are normally off limits, however there are rules which the holders must adhere to.

‘One of the rules is that holders should not allow non-disabled people to take advantage of their parking benefits while they sit in the car.’