An ex-Olympic show-jumper who daubed obscene messages in pig’s blood in the flat of her Tory peer lover after catching him with another woman has been given a suspended sentence.

Elizabeth Purbrick drew a three foot penis in blood on the floor of Lord Prior of Brampton’s south London flat and wrote ‘lady slut’ on the walls, after she caught him cheating.

She was originally given a 120 hours unpaid work for criminal damage over the incident – but has failed to complete a single hour.

The 63-year-old was hauled back before a court today and handed a 28-day prison sentence, suspended to 12 months, after magistrates heard she had flown to South Africa rather than turn up for community service. 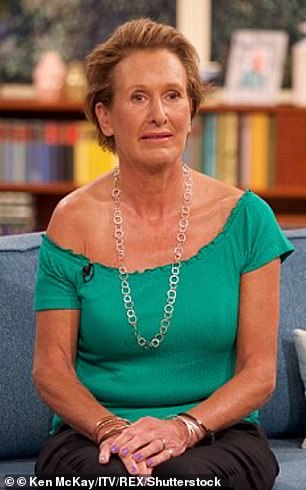 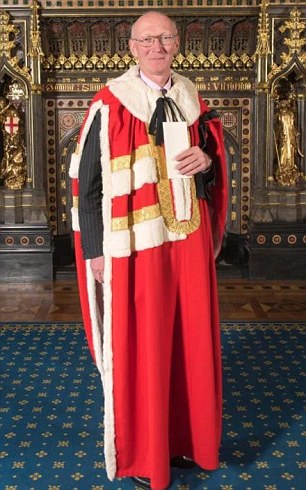 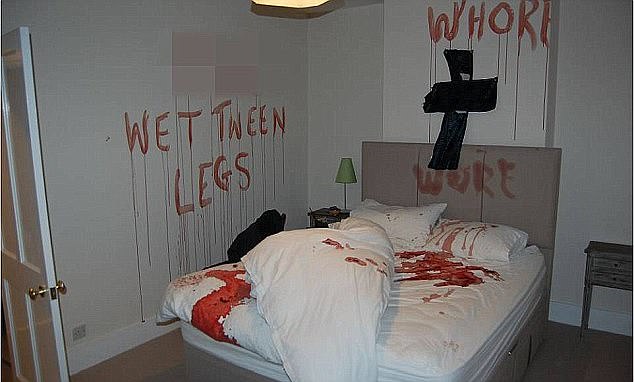 Purbrick originally took revenge after finding David Prior, son of a former Tory grandee, with the wife of another peer, a court heard yesterday.

She obtained the pig’s blood from a butcher friend in Norfolk and travelled to Lord Prior’s house in Kennington, South London before using a garden sprayer to coat the inside of the house with lewd insults.

Probation officials told magistrates in King’s Lynn that she had failed to attend an induction appointment with staff on July 19.

She had flown to South Africa, against the advice of officers, and only returned to the UK to be interviewed on ITV’s This Morning, before flying back to South Africa.

The court was told that special arrangements were made for her to complete the unpaid work between September 17 and October 6, but she did not turn up on the first day.

Prosecutor Damian Moore said: ‘She has deliberately ignored instructions to remain in the UK to complete the unpaid work and it is very clear that she has been back to the UK on at least one occasion that the Probation Service is aware of.

‘To date, a total of 256 hours’ unpaid work have been offered – none have been completed.

‘She has made it very clear to the media that she is unrepentant about her offence and no doubt that is her motivation for not doing the unpaid work.’ 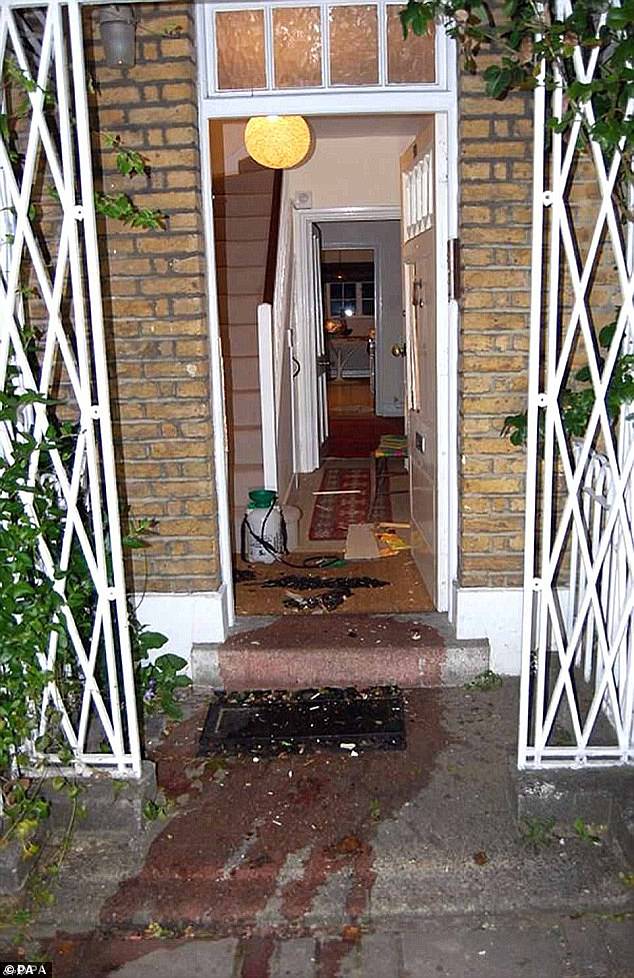 Purbrick, who gave her current address as her son’s home in Johannesburg, shuffled into court using a walking stick, saying she had been ‘severely kicked’ by a horse that morning.

The defendant, who lived in King’s Lynn, Norfolk at the time of the original offence, admitted failing to comply with the requirements of the community order.

In mitigation, Simon Nicholls said: ‘They have decided that she hasn’t done the order because she doesn’t regret doing the original offence.

‘Or the other side of the coin is that after all this has happened she had nowhere to live.

‘She was living in an old caravan on somebody’s farm that she couldn’t stay in anymore and she hadn’t got any other accommodation in the UK. She had to return to South Africa where her son lives.’

Magistrate Jean Bonnick, told Purbrick: ‘We read in one of your references that you sometimes regard adherence to rules and regulations as somewhat tiresome and think you can get away with things. We do find there is wilful persistence not to do this order.’

Purbrick, who competed for Great Britain in the 1980 Olympic Games, was handed a 28-day prison sentence, suspended for 12 months due to ‘medical issues’.