Residents say the January 28 raid killed seven ‘innocent civilians’ as they were searching for a missing child. 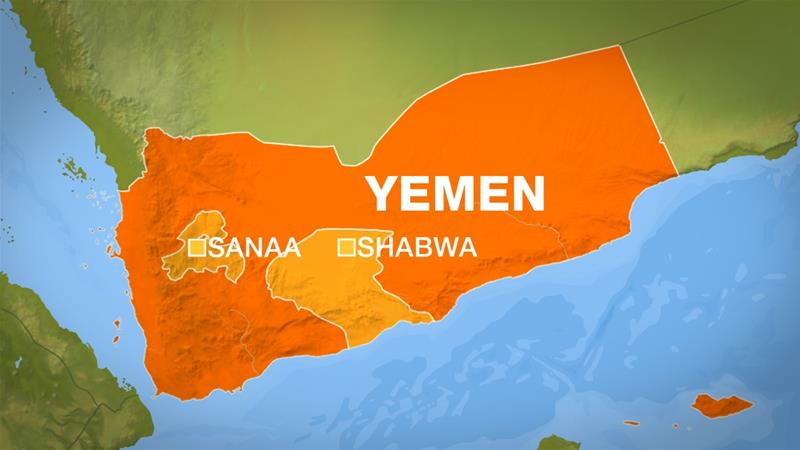 Scores of Yemenis have taken to the streets of the southern province of Shabwa after a US drone attack killed at least seven civilians.

The January 28 drone attack decimated a car carrying at least six male members of the same family and another individual as they were searching for a “missing child” in Shabwa’s Said district, residents said.

Saleh al-Aishi al-Ateeqi, a relative of one of the victims who organised the protest, told local media that “the victims were all innocent civilians who had nothing to do with any political or religious organisation.”

Speaking at a protest in the city of Ateq on Sunday, al-Ateeqi blamed the Arab coalition at war with Yemen for the deaths, saying it was responsible for the country’s airspace and protecting civilian lives.

The United States is the only force known to operate armed drones over Yemen and does not normally comment on its operations.

Increase in attacks under Trump

Washington has stepped up its use of drone attacks under President Donald Trump, with the Bureau of Investigative Journalism reporting at least 125 drone attacks last year.

The increased bombing comes despite a botched American raid against al-Qaeda in the Arabian Peninsula (AQAP) that killed a number of civilians on January 29, 2017.

The raid on Yakla, an impoverished and desolate town, resulted in the deaths of at least 16 civilians, including women and children.

The January 2017 raid attracted widespread media attention because one Navy SEAL was also killed in what marked the first operation of its kind authorised by Trump.

AQAP and the local affiliate of the Islamic State of Iraq and the Levant (ISIL, known as ISIS) have exploited Yemen’s three-year war to carry out assassinations and bombings, mostly in lawless areas in the south.

According to the United Nations, more than 10,000 people have been killed in fighting – nearly half of them civilians – since a Saudi-led coalition launched air attacks on Yemen in March 2015.