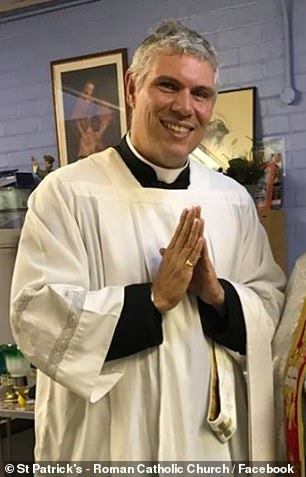 A vandal called Jesus smashed a church window before writing a grovelling letter of apology to a priest claiming he will change his ways and become a monk.

The 27-year-old claimed he was being chased at the time and was seeking ‘refuge’ inside the church on Hayling Island, Hampshire.

Father Mark Whiting, the church priest, revealed he had received a letter from the vandal apologising for the damage, adding he now wanted to become a monk.

Portsmouth Magistrates’ Court heard Ripley smashed the £978 window at the small church, which had to be boarded up.

Ripley, of Faversham, Kent, admitted causing criminal damage in the incident on May 4 this year. Magistrates ordered he repay the church for the window.

Speaking after the court hearing, Father Whiting said: ‘I don’t know quite what he was doing. He walked into the church and walked up and down the aisle.

‘We had just fitted CCTV when it happened. He didn’t do a huge amount of damage – he smashed the window and got through a tiny little hole.

‘It was quite funny watching on CCTV, he just walked in and straight out again. He realised there was nothing in here.

‘The one thing that upset everyone here was the mindlessness.’ 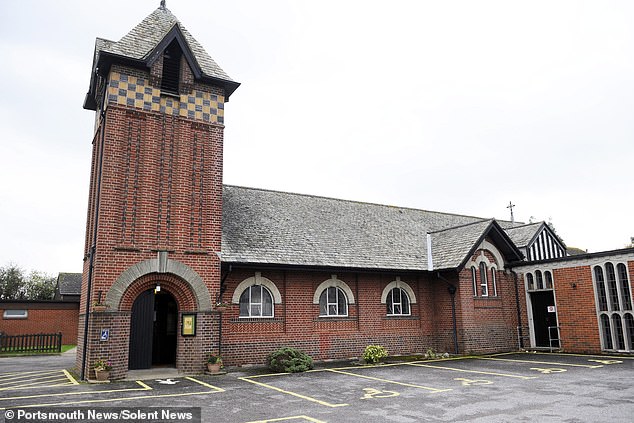