Gangland lawyer Zarah Garde-Wilson says she will take a court fight directly to Google after the Federal Court dismissed her bid to force the search engine giant to reveal who was behind negative online reviews.

Ms Garde-Wilson, who rose to prominence representing the who’s who of Melbourne’s gangland war, suspects a rival lawyer is behind a negative Google review left under the name “Mohamed Ahmed”. 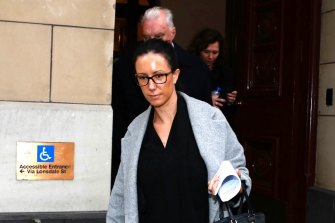 “Found out ZARA [sic] WAS CONVICTED HERSELF OF CONTEMPT OF COURT … Be careful because she almost destroyed my career in court.”

Ms Garde-Wilson said she never acted for a person named Mohamed Ahmed and believes the review, which she said was fraudulent, was posted by another legal practitioner, according to Federal Court documents. 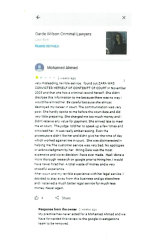 She turned to the court to seek an order for Google to reveal who was behind the account so she could sue for defamation.

The Garde-Wilson case is not the first of its kind. Her lawyer Mark Stanarevic, of Matrix Legal, is also representing Melbourne dentist Matthew Kabbabe in defamation proceedings after he found out who was behind his negative Google reviews.

South Melbourne brothel The Boardroom of Melbourne also began proceedings to find out who was posting nasty reviews that directed customers to a nearby competitor. That case was put on hold due to the pandemic.

In the Garde-Wilson case, Justice Bernard Murphy had ordered Google, which didn’t object to the application, to provide the registration information of the account along with IP addresses.

But it wasn’t enough to identify who was behind the posts. 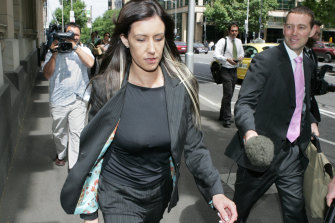 Zarah Garde-Wilson outside court following her conviction for contempt of court in 2005.Credit:Jason South

Mr Stanarevic tried to get more information including phone numbers and email addresses used to recover account details when they were lost or verify the account when it was created.

But Google told him that due to the length of time since the account was deleted, any relevant data associated with “Mohamed Ahmed” had been “permanently deleted”.

“As such, any additional search would reveal no additional information. Google does not maintain separate backup systems of the kind contemplated by the application,” according to an email from Google tendered by Mr Stanarevic.

Mr Stanarevic then broadened his claim before the Federal Court, claiming Ms Garde-Wilson should be compensated for losing her chance to sue because Google had breached its duty to preserve records.

Justice Murphy decided on Thursday that the new claim was outside the scope of the original application and dismissed the application, unhappy with the “flurry of materials” and “inchoate arguments” throughout the case.

Ms Garde-Wilson said in a statement to The Age that she can now issue proceedings against Google for destroying the account information.

Mr Stanarevic said his client was concerned Google could delete information relevant to her prospective defamation case and that they would be exploring their ability to sue the company.

Ms Garde-Wilson was convicted of contempt of court in 2005 for refusing to given evidence against two men later found guilty of murdering her de facto husband and underworld figure Lewis Caine.

Ms Garde-Wilson told the court at the time thought she would be killed if she testified.