The puppeteer who operated Zippy has revealed the lewd secrets of children’s TV classic Rainbow.

Ronnie Le Drew is releasing a tell-all memoir called Zippy and Me, that is set to shatter the innocence of the children’s programme, often described as Britain’s answer to Sesame Street.

Rainbow ran for 27 series and 1,071 episodes, after its launch in 1972 and was famous for its three main characters: Bungle the teddy bear, George the hippopotamus and Zippy, an unknown yellowish creature.

Le Drew, who took over controlling Zippy from Violet Philpott after she suffered a slipped disk, has revealed the sexism backstage and also the culture of heavy drinking, as reported by The Telegraph. 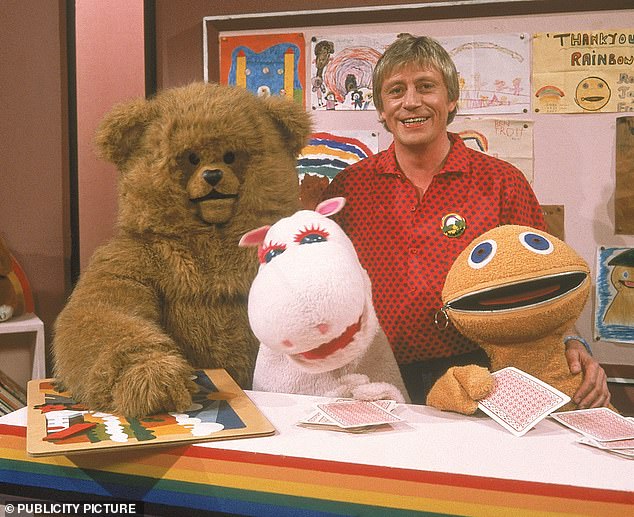 Bungle, George, and Zippy on the hit children’s show Rainbow. Stood behind them is Geoffrey Hayes who presented the show for two decades 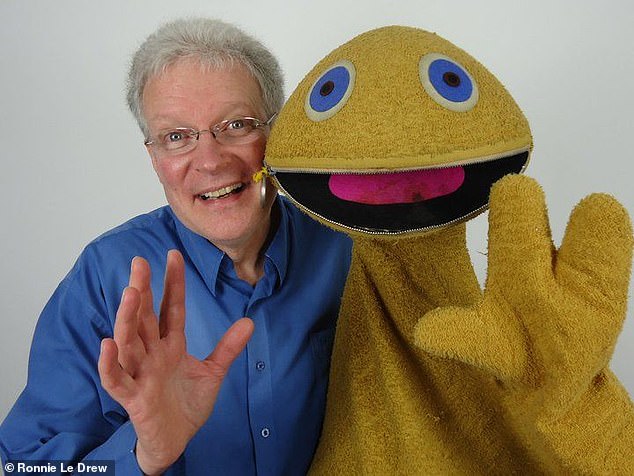 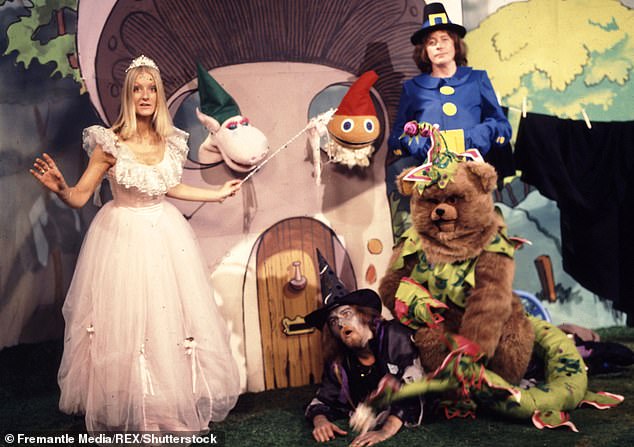 Some of the Rainbow cast and the puppets, including (pictured l-r) Jane Tucker, George, Rod Burton, Zippy, Bungle and Geoffrey Hayes

He said that Sid, the props man, would often make lewd suggestions about the show’s director Pamela Lonsdale, saying she had a ‘nice pair of Bristols’ or referring to her as ‘Titsalina.’

One of the show’s singer’s, Jane Tucker, had the nickname ‘Miss Whiplash’ because she would open her coat to show a ‘leather S&M outfit’ and would ask Zippy to ‘play with her maracas.’

Le Drew said: ‘Our exasperated directors could often be heard shouting, “make them stop!” from the control room.’

The cast would also regularly alter the positions of the zoo and farm animals so they were in sexual positions. 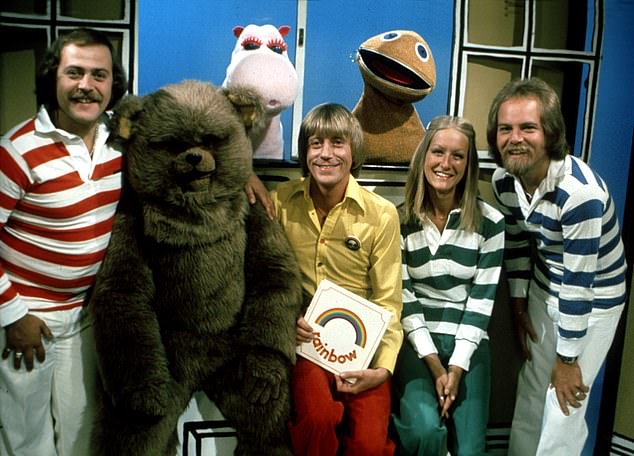 The rainbow puppets Bungle (2nd left) Zippy (back right) and George (back left), with Geoffrey (centre) and Rod Burton, Jane Tucker and Roger Walker (in the blue, green and red stripes respectively) 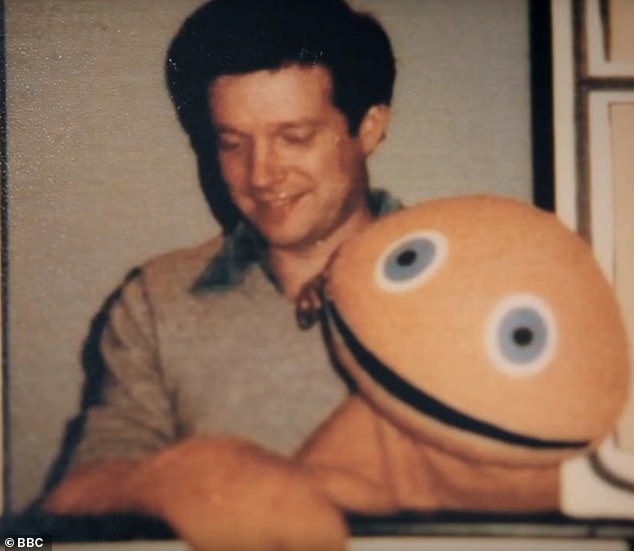 In one incident an archbishop was being given a tour of the studio while ‘Zippy was mounted upon George, going at it hammer and tong.’

There was also a strong culture of heavy drinking within the group who would often ‘get lashed’ and turn up drunk to rehearsals, said Le Drew.

There were also tensions in the cast, as the host Geoffrey Hayes could at times be jealous of his puppet co-stars.

‘Geoffrey was afraid of being upstaged by Zippy and George’, remarks Le Drew.

The presenter was also annoyed the trio of puppets received more fan mail than he did.

Rainbow was cancelled in 1992, and Le Drew delves into other aspects of his personal life in the memoir, including the death of his father when he was just 16.